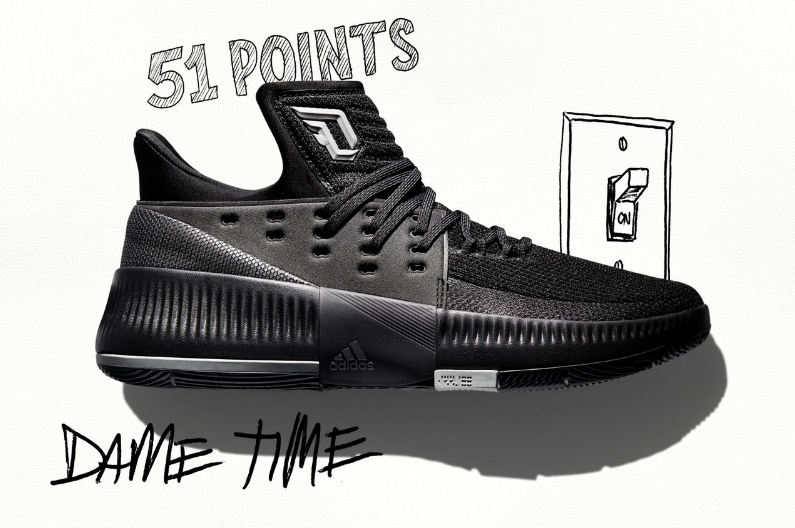 Joining elite company as just the 10th player in league history to record 8,000 points and 2,000 assists in his first five seasons, Damian Lillard has made a name for himself as one of the most lethal guards in the clutch. Matching Damian’s mentality, and ability to shoot the lights out when the game is on the line, adidas debuts the all-black Lights Out edition of the Dame 3 signature basketball shoe. 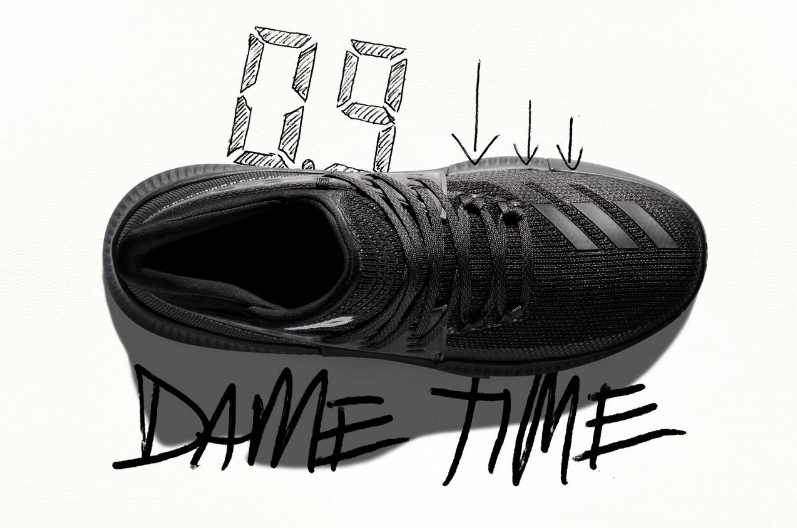 Inspired by Damian’s clutch performances that close the door on the opposition, including his career high 51 point performance against Golden State in 2016 and his playoff winning shot against Houston in 2014, Dame 3 Lights Out features an all black upper set against black laces and BOUNCE cushioning outsole. 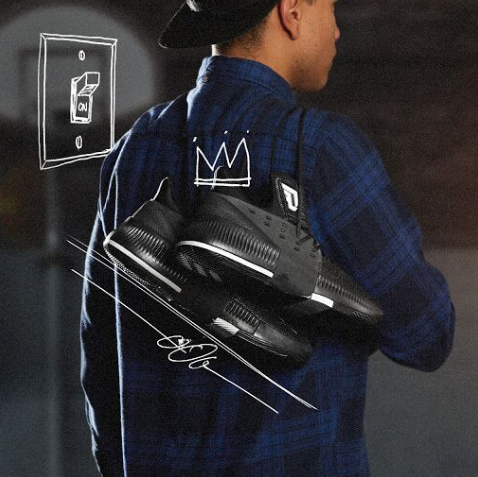 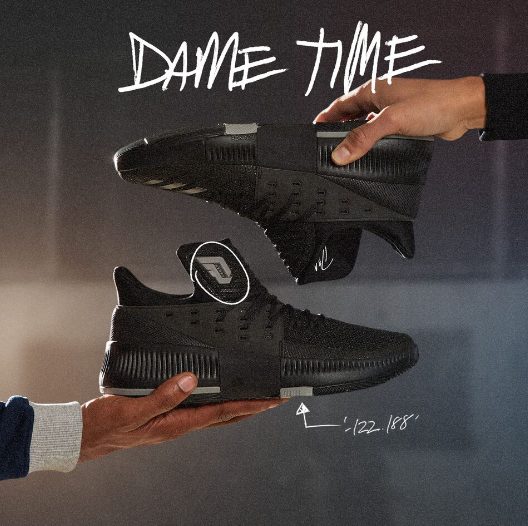