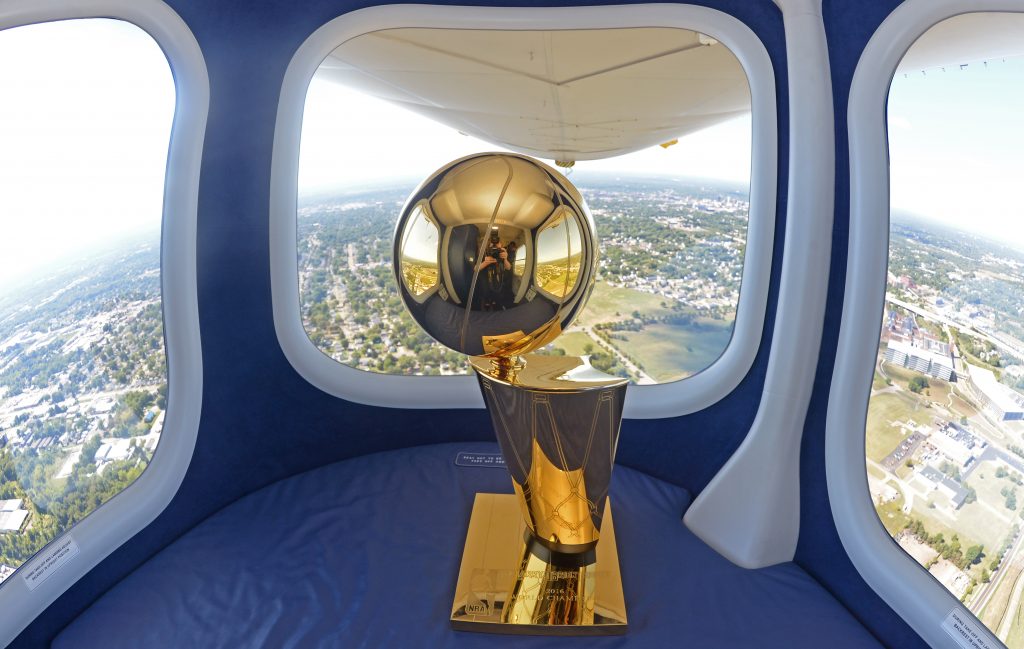 There are two big problems that basketball fans have, and today I want to address those two problems. Honestly, I don’t necessarily think that anything will be done to fix either problem, but that doesn’t mean I shouldn’t shed light on two issues. I bring this up today because these two issues will be at the forefront of the 2017 NBA Finals, and that aforementioned Finals series begins tonight. Before I get into specifics, please allow me to tell a quick story:

I work at an elementary school, doing a number of different things and teaching in a number of different grades. It’s a fun job, and especially fun right now since Summer vacation began on Monday. So anyway, about a month ago I overheard three third grade students conversing about the NBA. Since these three kids were talking about something I enjoy a great deal, I decided that I would hop into their discussion and toss in my two cents. The conversation ranged from who we thought would win the NBA Title (we all agreed on Golden State), who the regular season MVP should be (we all agreed on Russell Westbrook), and then we started talking about who the NBA’s GOAT is.

Now, before I move forward, I should let it be known that my choice for GOAT (Greatest of All Time) is LeBron James, but I’m willing to accept a handful of other players so long as there are sound, researched reasons behind the selection. I’m a firm believer that there are very few absolutes when it comes to NBA opinions or opinions in general, but if I’m going to listen to or entertain the idea of accepting an opinion of yours that differs from one of my own, I need more than “that’s just the way it is.” Sorry, that’s not good enough.

So these third graders and I start talking about the GOAT. They ask my opinion, so I state my case for LeBron James using various facts (his career statistics and some of his notable achievements), fact-based opinions (his clutch prowess being wildly underrated), situational factors (mentioning the strength of the league as a whole from 2009 to the present and how LeBron has won three titles in that stretch), and opinions that are formulated using the eye-test, which I trust a great deal … at least much more than a nine year old’s.

Here’s how one of the third graders responded to me when I finished my LeBron spiel:

When he said this to me I was initially taken aback by how blunt he was, but then again, nine year old kids aren’t concerned with being appropriate or delicate or filtering whatever they are thinking. I told myself, “Sonny, don’t get into it with this kid. He’s nine years old and he has no clue that he has pizza sauce all over his face. His opinion isn’t at all informed.” I didn’t listen to myself, and we had the following exchange:

Me: “Well you’re what, nine years old? Have you ever seen MJ play?”

Me: “So what reason do you have for thinking this?”

Kid: “My Dad said he’s the best player ever and I’m not allowed to think it’s anyone else. He said players today aren’t as good as they used to be.”

Me: (Slowly walks away from the table, shaking my head in disgust)

So anyway, back to the two problems … First, there is a Michael Jordan problem. Second, there’s a problem with how fans value and consider the accomplishments of present-day players.

Jordan fans have taken their loyalty to MJ to a level well-beyond ordinary fandom. I’ve often joked that no MJ fan could reasonably claim to be an atheist, because the way they idolize and revere Jordan is the way various religions praise their respective God or Gods. My take on this matter has actually changed slightly over time … I think somewhere, maybe Charlotte or Chicago or Brooklyn, there is a Church of MJ, complete with stained glass windows showing various highlight reel moments of Jordan’s career and a giant Jumpman statue on the altar that worshipers bow their heads as the choir sings the most beautiful rendition of “Like Mike” you’ve ever heard.

Unless you were inclined to count an unremarkable two-year stretch with the Wizards and a less than stellar run as a premiere decision maker in Charlotte, Jordan’s basketball resume hasn’t been updated since 1998. Meanwhile, since ’98 the league has gotten better at the top, deeper down the line and smarter all-around, but most people don’t see it this way because “players just aren’t as good as they used to be,” says the old-timer who watches fifteen NBA games each year.

The majority of the NBA’s fanbase not only believes that MJ is the GOAT, but also that this is a distinction that could never ever be challenged or changed. In some way, Jordan has become immune to criticism in the eyes of many basketball fans, and to suggest that his place at the very tippy top of the all-time NBA ranks may not be permanent is sacrilege in the Church of MJ community. Fortunately for me, I don’t belong to that church, I don’t care who this pisses off, and all that those followers can really do is spout the same lines they have since Jordan retired almost 20 years ago.

Because the Church of MJ is so desperate to keep their God in place as the GOAT, they tirelessly find ways to effectively diminish and minimize the achievements of this eras players while also glorifying MJ’s era and the foes he faced each year, and therefore, I’m fearful that Michael Jordan will cast a shadow on what is unequivocally one of the most important, anticipated and star-studded NBA Finals match-up in the long history of the league. It’s inevitable, but regardless of who wins this rubber match we’ll hear mobs of fans and a select few middle-aged loudmouth analysts and talking-heads saying something that takes away from what the champion accomplished.

This version of the Warriors would likely defeat any of Jordan’s Bulls teams. Just look at the rosters from top to bottom and try to make a case for any version of the Bulls over this high-octane Dubs squad. If you are thinking rationally and without bias, this won’t be easy for you. Or, if you feel like going the extra mile, head over to YouTube and watch a few of those 90’s Bulls Playoff games. There are plenty there for you to choose from. The ’90’s Bulls just don’t pass the eye-test with the same sort of conviction as this version of the Warriors. If it weren’t for a slip-up in the 2016 NBA Finals, anybody could very easily make a case that this three-year Warriors run was the best in the history of pro basketball. Better than any three-year run by Jordan, Larry Bird, Magic Johnson, Shaq and Kobe, or Bill Russell. Even if you disagreed with that statement above, it’s not at all a stretch to say that Golden State is head and shoulders better than any team MJ played in the NBA Finals. And the only team to beat the Dubs in their last eleven postseason series was led by the only rightful challenger to MJ’s individual throne.

There’s a more unlikely scenario where the Cleveland Cavaliers could topple the juggernaut Warriors in the NBA Finals yet again, repeat as NBA champions, and LeBron James could potentially unseat MJ as the undisputed GOAT of the NBA. I suppose it technically wouldn’t be undisputed; some people will forever refuse to believe that there could be any other reality than the one that they are content with at this moment. Many of those refusals would be based on nothing more than stubbornness, and that’s OK. It doesn’t matter if you’re a full-grown adult or a 3rd grader with pizza sauce on his face … if you are so stuck in your ways that you can’t appreciate the NBA Finals match-up we’ve been given, the long list of All-NBA caliber players in the series, or the stylistic appeal of both teams and how they both represent just how far the league has come since teams were competing in rock fights in the 90’s and early 00’s, then I don’t need to give you my time.

With that said, I refuse fall into the trap of going overboard with praise of the greats of the present while altogether forgetting about the ghosts of the past. I would never want it to come off as if I’m trying to smear the accomplishments of legends like Michael Jordan, Larry Bird, Magic Johnson, Bill Russell or any others whose primes came before me. I also don’t ever want to forget about what it was like to watch guys like Kobe Bryant, Tim Duncan, Shaquille O’Neal or Dirk Nowitzki own the league for a decade or so. But as they say, there is no time like the present. No matter how these next four to seven games play out, try to understand that we’re in a hoops golden age and this isn’t a bad thing.

Now that I’ve gotten all of this off my chest, I won’t be typing the name Michael Jordan any time before the NBA Finals come to a close. I want you to hold me to this. MJ hasn’t played a meaningful NBA game in 19 years, so he really shouldn’t have a role in or be a talking point of the 2017 NBA Finals. This is the three-match we’ve known was coming for 12 months and have been anxiously awaiting ever since the Cavaliers completed their comeback from a 3-1 series deficit last year. The stakes are profound, the star power is bright and the games will hopefully be as remarkable as the hype has been. There isn’t any ghost that can get in the way of this.