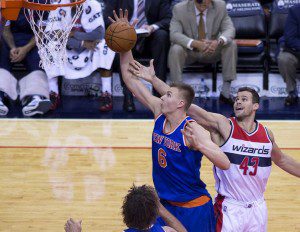 According to a Knicks source, Jackson is asking for the third overall pick in Thursday’s draft as well as next year’s Brooklyn pick along with the Celtics’ 2016 first-round pick Jaylen Brown (3rd overall) and Jae Crowder. This version of the deal would not include Boston taking on Joakim Noah‘s contract.

The Celtics feel the price is far too high but they are open to tweaking the deal to include just one draft pick, either this year’s No. 3 or next year’s Brooklyn pick. NY Daily News