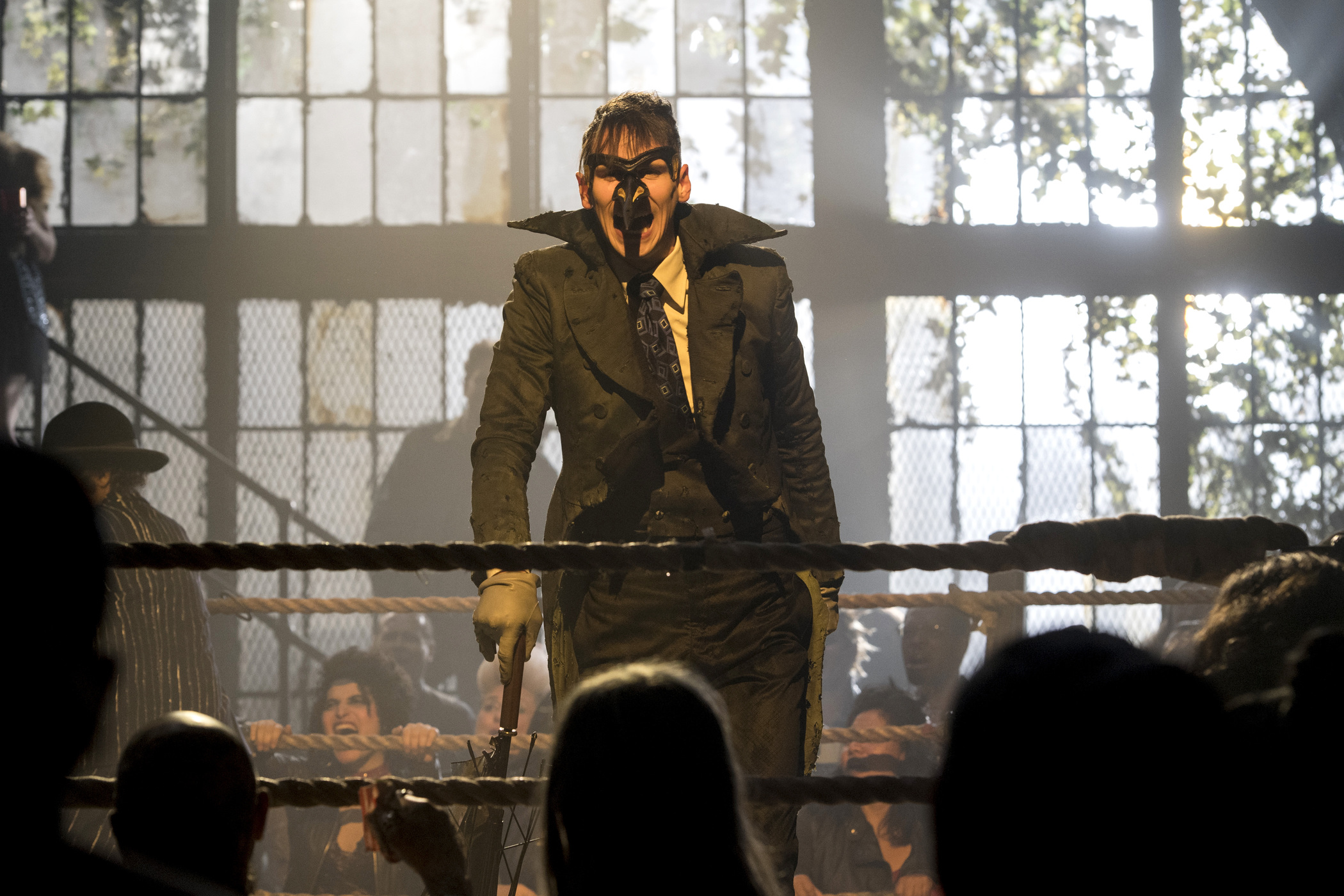 This week’s episode of Gotham season 4 offered delightful scenes from start to finish. Ed Nygma’s show mocking Oswald Cobblepot, and the fallout it caused, were wonderful.

The partnership between Ed and Solomon Grundy continues to be one of the best things on this show. Ed’s sheer delight as he puts on his show is wonderful to watch.  Interestingly, he seems much happier now despite the identity crisis.

Gotham often feels like a million disparate stories thrown together. So, it was nice seeing an episode where everything connected. Oswald was angry at Ed’s show, so he went Tabitha Galavan, Selina Kyle and Barbara Kean after them. Oswald also sought comfort from Sofia Falcone, who blew him off. Meanwhile, Sofia pulled strings to get Jim Gordon promoted to captain. It was a tight episode that used each character’s complicated history effectively.

In a standout plotline, Oswald started mentoring an angry, bullied child. He instantly become endeared to the kid when he saw him draw a picture of himself burning down the orphanage. This is one of the most Oswald plotlines and I loved it.

Lee Tompkins also shined in this plot. The further away from Jim she gets the better a character she is. Her uneasy banter with Ed is great. Her scene with Barbara this week was truly something. Hopefully, they’ll have many more scenes together.

This episode offered so many exciting directions. I can’t wait to see what happens with Lee taking over the fight ring in the narrows. I’m on the edge of my seat about how Solomon’s friendship with Ed will play out now that Tabitha is in the mix. And, of course, Oswald’s renewed determination to get rid of Ed means the most interesting dynamic on this show is back in full force.

Check out my review of last week’s episode of Gotham season 4.