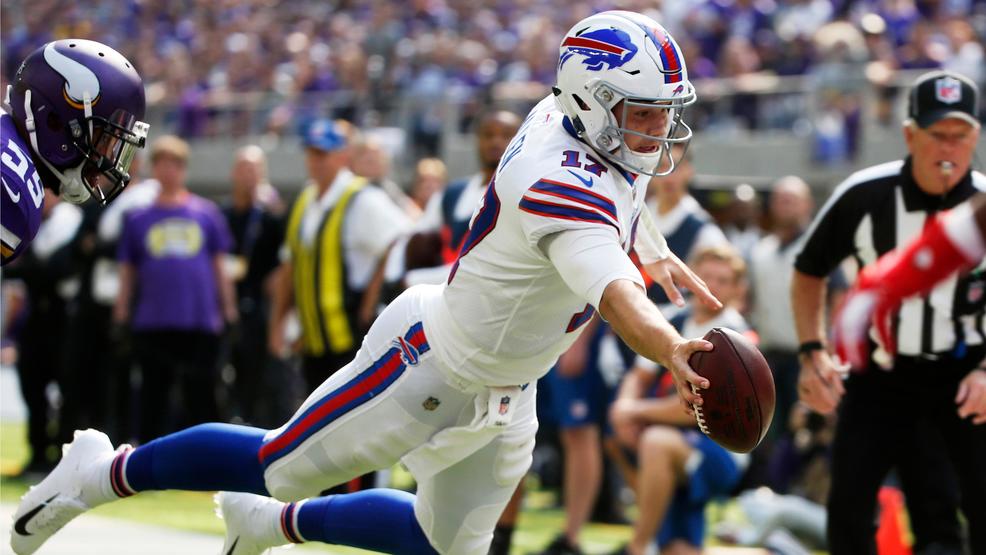 The 2018 season is off to an unpredictable start and it is still only September.

Week 3 saw the Buffalo Bills march into Minnesota and blow out the Vikings, the Cleveland Browns pick up their first win in almost two years, the Detroit Lions embarrass the New England Patriots and an angry Joe Tessitore hating on Le’Veon Bell.

That led to a rough week of picks for the entire staff, although I came out tied for first with a record of 7-9.

The madness will only continue this week, so let’s get right to the picks.

If this game were being played on a Sunday, I’d say the Rams were a lock. But Thursday night games are unpredictable and even though the Vikings had to travel so far, after losing to the Bills at home, I think this one will be close and ugly throughout.

The Patriots are going to blow out the 3-0 Dolphins. I make this claim with the past two decades of Patriots football as my evidence. I won’t believe the end of an era is here unless the Pats go on a big losing streak.

The Texans have been solid on defense this season. Not so much on offense. A loss in this game will have Bill O’Brien on the hot seat at 0-4.

The Falcons may be the hardest team to gauge this year. The offense exploded for 37 points in last Sunday’s loss to the Saints, but the defense got torched by Drew Brees. For some reason, this Bengals team seems like the top contender in the AFC North right now. This spread is too high for me to have confidence in the Falcons.

I took the Bills last week as huge underdogs and I’ll do it again as they go up against a limping Aaron Rodgers. Something changed for this team in Minnesota and even if they don’t win, covering won’t be an issue.

Like the Falcons, the Lions are hard to gauge. But you know who is clearly a bad team? The Cowboys, a team that 41 points through three games. Yikes.

The Jaguars will win the game but not by seven points. Don’t let the Jets’ offensive performance against the Browns scare you. That came on a short week against a top defense. Having over a week to prepare for the Jaguars after three games in a short amount of time will benefit the Jets.

FitzMagic will never die, even against this great Bears defense. I myself am a Mitch Trubisky fan, but he won’t be able to do enough to play off the dominance of his defense.

I’m taking the Eagles in this one after the Titans put up nine points a week ago, although they still came away with the win. Too bad it was only against Blake Bortles.

The Cardinals are the worst team in the NFL. Enough said.

Not sure how the Browns are underdogs in this one against the 0-3 Raiders. Baker Mayfield will light up the defense that is still looking for that elusive, elite pass rusher. Jon Gruden is running a great scam.

Avoiding big spreads like this is usually my go-to. But man, the 49ers are going to get smoked out there without Jimmy G. This one won’t be close.

The Saints for obvious reasons.

Patrick Mahomes will continue to show that he is an MVP candidate and will dominate this Broncos defense to assert the Chiefs as the best team in the AFC, at least right now.