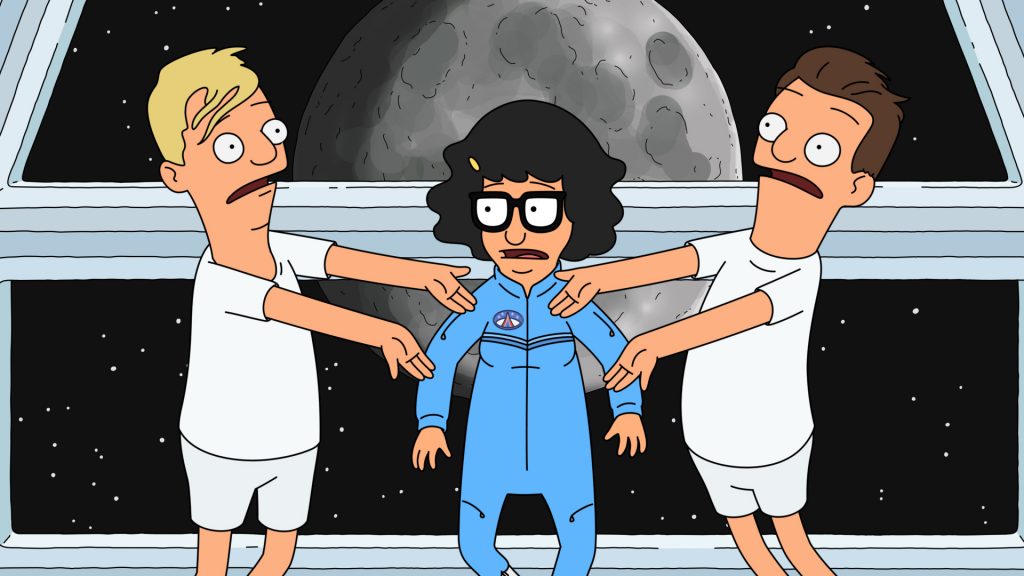 Bob’s Burgers season 9 premiered with a celebration of Tina Belcher’s love of boys. The episode had a lackluster story. But, it played into Bob’s Burgers greatesat strength by delivering a non-judgmental exploration of Tina’s hormonal mind.

The episode kicked off when Tina met a boy named Damon and immediately decided he’s the love of her life. Her family accused her of being boy crazy and falling for every guy she meets. So, she set off to find Damon and prove that he’s her real soulmate. Damon went to a tightly secured audition for the band for Boyz for Now, so Tina had to dress up as a boy to infiltrate it.

The episode concept lends itself to escalation and highjinx. But, instead it was a repetitive episode about Tina falling in love with each boy she met. Each encounter was accompanied by a musical number based in different romcom tropes, making for an enjoyable episode despite the repetition of lack of heightening.

The guest stars for the episode included Josh Gad, Andrew Rannells and Daveed Diggs. I wish this episode had been a bigger musical event like last year’s hour long Christmas episode. It fell short in comparison to what it seemed to be going for.

In the end, Tina admitted to being boy crazy but her family assured her that’s fine. It was a nice moment, but the theme has been hit on better before, including in the first Boyz for Now episode. It would’ve been a lot stronger of the plot had actually played into the theme, with Tina’s love for boys saving the day in some way. Instead it felt a little hollow.

That said, the final musical number— a song called “The Right Number of Boys for You is More” — was fantastic. The unabashed celebration of loving boys was beautiful. The animation accompanying the song brought back all of Tina’s previous love interests. It was an incredible feel good ending that ended up making the episode.

In the subplot, the family took care of a baby rat, which led to trouble when the health inspector showed up. Bob Belcher’s instant love for the rat was a great running bit. Like the main plot, it lacked a feeling of real heightening, but it had a lot of charm.