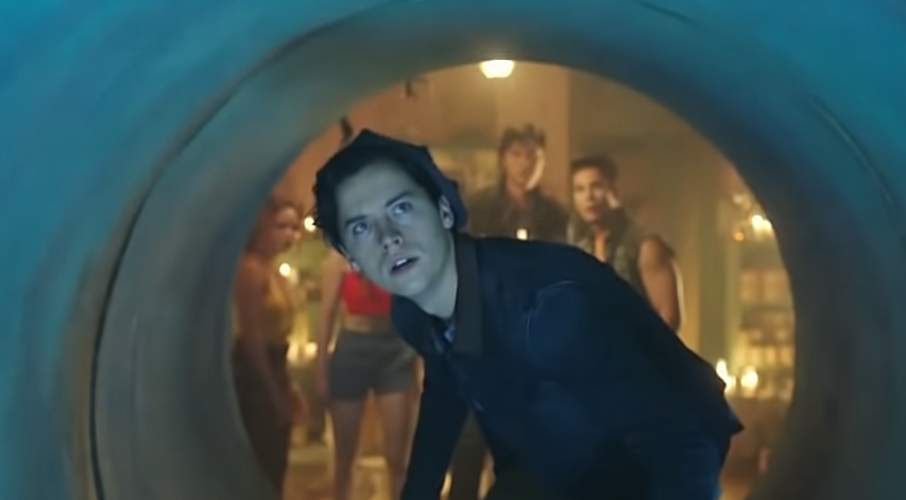 This week’s episode of Riverdale season 3 was easily the worst of the season so far. The already questionable Griffins and Gargoyles plot became even worse as it took over the show.

Throughout the episode, Jughead Jones’ game of Griffins and Gargoyles corresponded with Archie Andrews’ attempted escapes from juvie. But, the episode suggested that this was more than just stylistic. Towards the end, the Warden himself referred to Archie as “the Red Paladin.” This meant that he was somehow aware of Jughead’s quest. Then, the Warden poisoned himself because of the game.

The suggestion was that everyone is playing this game, regardless of discussion with other players. And possibly  regardless of if they even know they’re playing. This makes no sense and changes the entire series. The game taking over everything makes Riverdale a different show— and a bad one.

Only a reveal that Hiram Lodge is the Gargoyle King would make this a coherent season. He was involved in the original game and was already a puppet master. Because would make the season make sense, I hope the writers reveal itimmediately, rather than playing up the mystery.

The big problem with this Griffins and Gargoyles plot, especially as it becomes increasingly important, is that it has no real defined stakes. Even as bodies drop, the reasons they’re dying and the ways to prevent it are too ill-defined for anyone to follow the action.

The question of how dangerous it is to plant the game seems to change every scene. When Jughead (who is doing a bad Jeff Goldblum impression the entire episode, by the way) informed Betty Cooper of his intentions to reach ascension and meet the Gargoyle King, she simply said “as long as you’re safe.” Even the characters who care the most about this danger don’t really care.

This episode also reached new levels of pointless and cringeworthy exploitation. A kiss between Archie and Joaquin DeSantos was prominent in the episode promos. The scene disappointed even with  my very low expectations.

Joaquin kisses Archie out of nowhere. Archie pushes him away angrily. Then Joaquin stabs him. Look, I watch Gotham and am generally in favor of people stabbing each other directly after kisses. But, Joaquin is a thin character with no motivation. The kiss added nothing to the scene other than the fact that it directly linked being gay with being dangerous and untrustworthy. Or, looking at it the other way, the immediately stabbing seemed to validate the idea of gay panic. If Riverdale is going to consistently choose gratuitous same-sex kisses over actually developing their same-sex relationships, can the kisses at least be fun instead of uncomfortable?