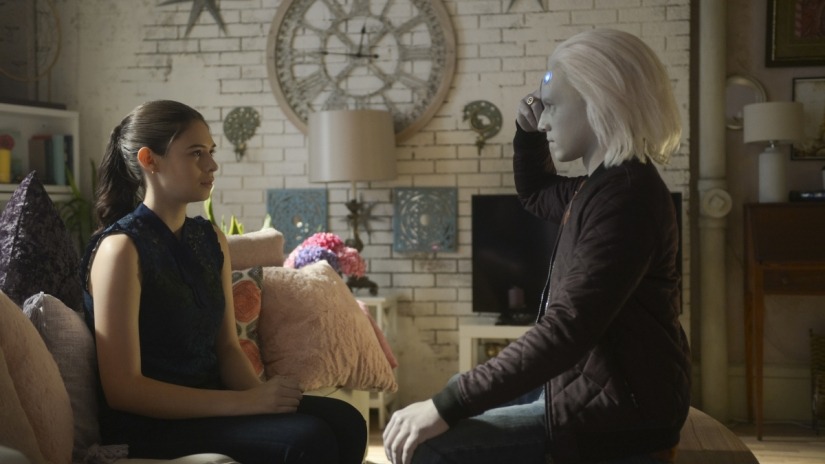 Things really came together on this week’s episode of Supergirl season 4. It’s unsurprising that the focus on Nia Nal and Manchester Black led to a strong episode.

Manchester targeted Ben Lockwood, who was desperately trying to live a more ordinary life after his success as a pundit. Ben wanted to remove himself from the terrorist organization he started now that he had a cushy media gig. This was incredibly poignant. It’s the kind of insightful, relevant detail that Supergirl is always going for but rarely nails.

Meanwhile, Nia was revealed to be an alien with psychic powers. Because of Brainiac’s knowledge of Nia from the future, he was able to gently guide her into understanding these powers. She helped him and Kara Danvers track down Ben. The episode worked well, with two strong plots that worked together.

There were still a couple of eyerolling moments in the episode. Manchester self-described as “the intolerant left” before Kara responded, “If we want to win this fight we have to be better.” Plus, J’onn J’onzz kept encouraging Manchester to be nonviolent when we know he ran a government law enforcement agency. But, overall I liked the plot and felt like it worked even if you believe that Manchester Black did nothing wrong. Kara and J’onn lectured him but it didn’t necessarily feel like a lecture from the show to the audience.

Speaking of the DEO, at the end of the episode Kara stepped down from the organization after they pressured her to reveal her identity. I’m so relieved this happened. This season has felt very hindered by the fact that almost every character is either a CEO or part of a government agency. Hopefully from here on out Supergirl will be a stronger hero because she’ll be less tied to institutions.