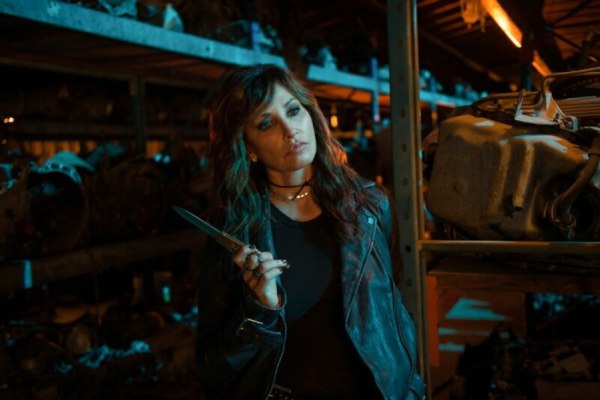 This week was the mid-season finale of Riverdale season 3. The episode actually managed a couple of real emotional moments, thanks to the first appearance of Jughead’s mom.

Gina Gershon played Gladys Jones. As they sat by a fireside, Jughead directly brought up the fact that Gladys left him essentially on his own. There was a moment of guilty silence, then she changed the subject.  The scene let the emotions sit instead of giving Gladys a huge monologue or brushing past things. This was a surprising and strong choice.

In another great moment, Jelly Bean Jones saw FP Jones. When he asked if he could have a hug, she replied, “Can I have a father?” These simple, real moments of family tension were incredibly refreshing. It’s not surprising that they harkened back to things laid out in season one. That was when character’s emotions and inner lives really mattered.

Of course, the episode had plenty of the confusing and over-the-top moments you’d expect from Riverdale season 3. Hiram Lodge got the entire town quarantined due to the increasingly common seizures among the populace. Veronica Lodge brought up the fact that the CDC never actually did an inspection. Hiram admitted to hiring a private firm he controlled and his plan continued. Hiram has so much power on this point that it’s not going to be believable when he’s finally taken down.

Betty Cooper found out that Hiram is supplying the Sisters of Quiet Mercy with drugs that make women hallucinate the Gargoyle King. Now that they’ve admitted the Gargoyle King was never physically real, it seems even sillier that so many people thought he could possibly be a guy in a costume.

The Sisters passed off the drugs as “candy” even though they come in the same cups that are always used to serve drugs. It seems like a superficial, insufficient way of trying to distance this plot from the real abuse suffered by teens in mental institutions. Just like the gay conversion plot, it’s too real for the fantastical tone of the show.