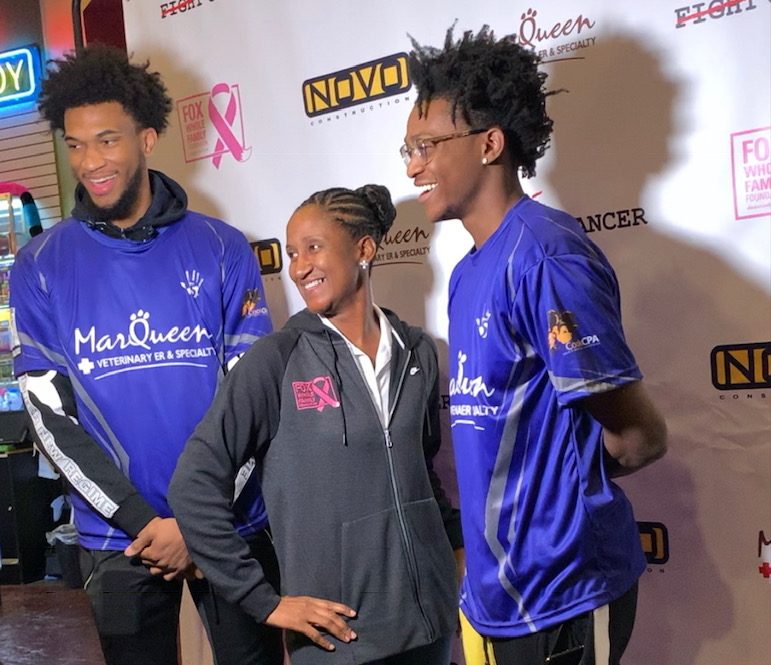 Amity is key, even in the biting chill of a restless and grey afternoon. 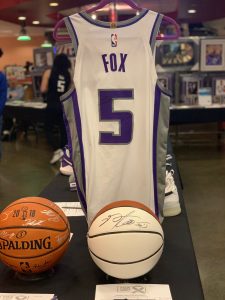 Bombastic rain and the swift pulsating wind that seemed to shake the Rocklin area couldn’t keep people away from standing shoulder to shoulder in the warmth of the suburban town’s popular bowling alley Strikes. It wasn’t the draw of the game that caused those lucky enough to grace the building, but rather the allure of De’Aaron Fox, the Sacramento Kings’ beloved point guard, who, with his presence, emotional and luminous nature, and especially warm heart, that drew the crowd in.

Host Fox, along with teammates Marvin Bagley III, Willie Cauley-Stein, Buddy Hield, Justin Jackson, Harry Giles, and Iman Shumpert stepped out in the freezing rain in order to support the very community for an impressive cause: to increase awareness for women battling breast cancer.

While people at the sold-out event (where all proceeds benefited the Albie Aware Breast Cancer Foundation) craned their necks to see Fox and his teammates as they made their way into the bowling alley, the real hero of the night was Fox’s own mother, Lorraine Harris-Fox, who is a breast cancer survivor herself after being diagnosed back in 2000. “My first initial thoughts when I was diagnosed was that I have to do everything I can to fight this because my nephew has already lost one mom from this battle,” Lorraine told Rhiannon Walker of The Undefeated back in May of last year. “The initial feeling was fear, when you get the call from your doctor confirming that you have breast cancer. For me, it was fear and scared and crying, and then a couple of minutes after that was when I started the process of what do I do next. Cause I gotta fight so I can be here for these two boys.” 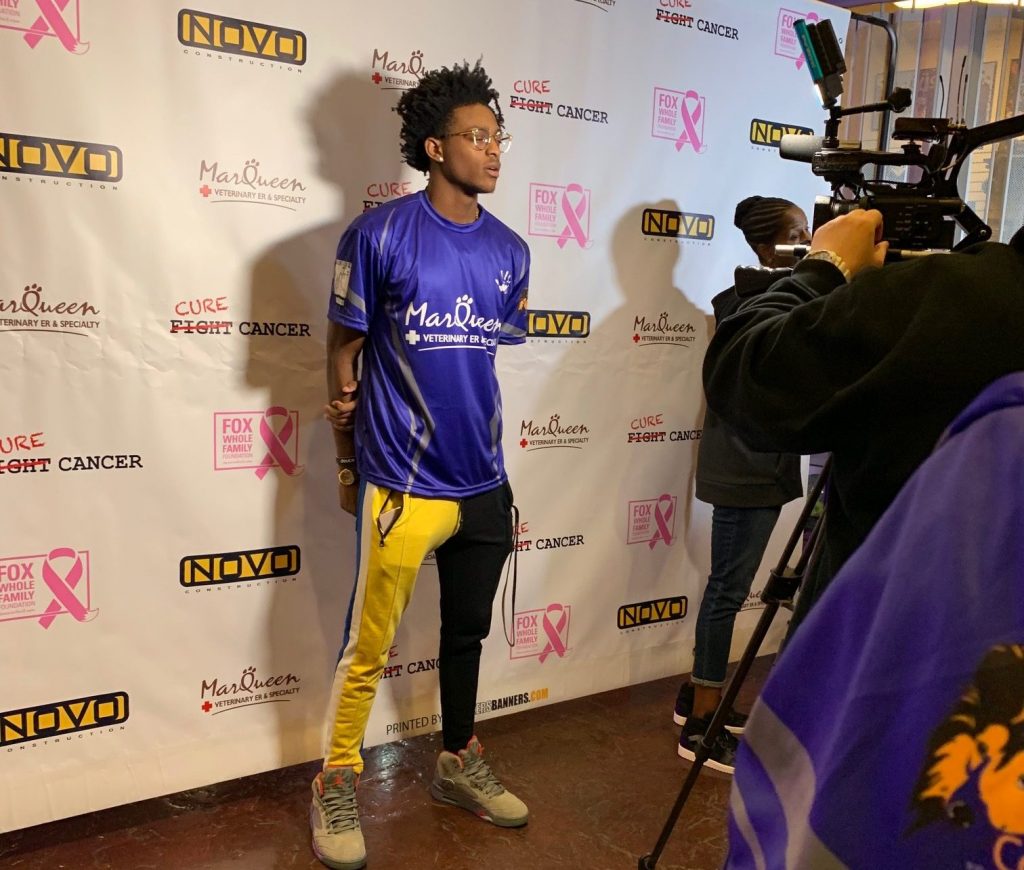 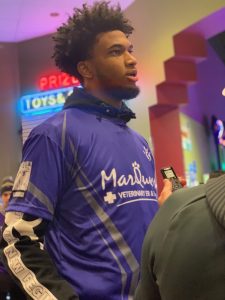 On Sunday afternoon, Lorraine stood beaming next to her son as he proudly spoke to reporters at the top of the sold-out event and paused to pose for pictures with her son. This was the first event for breast cancer awareness in Fox’s adopted city of Sacramento, but both he and Lorraine have been participating in breast cancer awareness functions back in Houston, Texas.

It was clear as De’Aaron walked amongst the fans that his benevolence was overwhelming – both for his mother, the volunteers, and for the fans of his adopted city. Even thought the mood was heavy outside the building, Fox made sure that the mood was nothing short of light on the inside as he shook hands, and even lightly joked around with his teammate Bagley, who was just now only cleared to rejoin the Kings after missing the past 11 games with a bone bruise.

Fox follows in the footsteps of so many current and former Sacramento Kings players who have given so much back to the community, proving that there are some things that are much bigger than basketball, even in a city where basketball is sometimes all we have to cheer on.