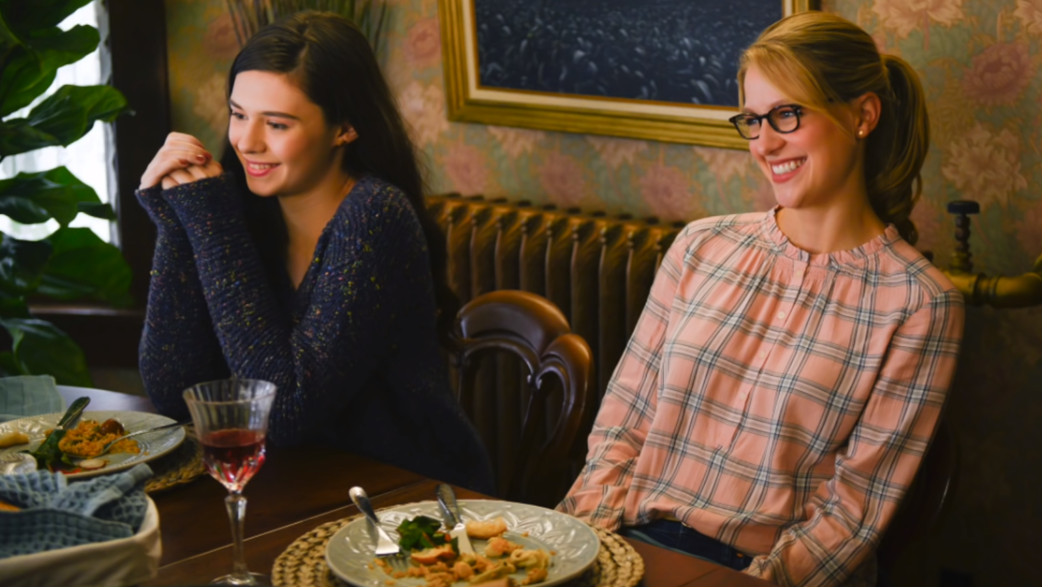 This week’s episode of Supergirl season 4 focused on Nia Nal. Nia is incredibly lovable so it’s always nice when she’s featured. On a basic level, this episode was stronger than most of this season. But, it felt hollow compared to what it was trying to do.

In this episode, Nia visited her family and Kara Danvers tagged along. Nia’s family explained to Kara that one daughter in each generation gets the power of prophetic dreams. Everyone had always assumed that Nia’s sister Maeve Nal would inherit these powers. Nia didn’t know how to tell them that she was experiencing them.

On paper, it’s a strong premise. It uses sci-fi to explore the underlying assumptions that guide how family members treat trans children— even family members that act accepting on the surface. But, the actual execution in the episode felt completely mechanical.

The episode felt conspicuously unwilling to really portray what being trans means for Nia. There wasn’t a single beat that felt genuine and specific to her experience until the big blow when Maeve told her “you’re not even a real woman.” Like a lot of media, it felt like the only parts of being trans that they grasp are the devastating dramatic moments. If we’d seen more specifics about what Nia’s relationship to her sister really means to her, this moment would have hit a lot harder.

As Kara drove a dejected Nia home, she told her, “I know, it’s not the same thing, but I’ve been through a lot with my sister.” That moment was extremely cringe-inducing, but not all that surprising. But, amazingly, then Kara actually told her, “I do understand… probably better than anyone.”

Kara then revealed that she’s Supergirl and explained how that shaped her relationship with Alex Danvers. The episode didn’t acknowledge how it blew right past transphobia and into ‘sure, everyone feels different from their sister sometimes.’ Nia was perfectly happy with this pep talk and the episode wrapped up.

Supergirl often attempts to portray marginalized groups, especially queer people and immigrants. But, over and over again, it fails to show any actual specifics. Whatever issue they portray is just another lead-in to the same copy-and-pasted message about believing in yourself and having hope. I appreciate getting to watch a TV episode about being trans that’s not overtly cruel or ignorant. But, it was a bummer to watch an episode about this material and feel almost nothing.