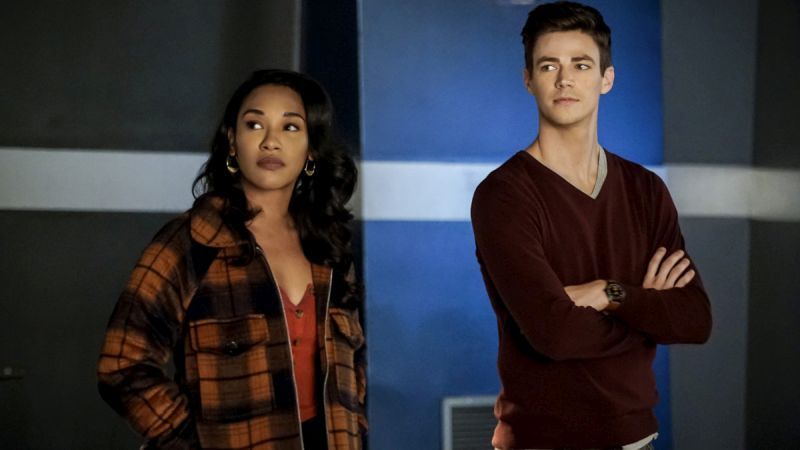 This week on The Flash, Barry Allen and Iris West-Allen ended up wandering through Nora West-Allen’s memories. That idea had a lot of potential, but the execution was a little bland.

The episode opened with Nora contacting Eobard Thawne. She mentioned all the techniques he’d taught her in order to deceive. Nora as a strategic liar on a mission is really engaging. The episode offered a convoluted reason that this week’s mission could give Barry and Iris a look at Nora’s memories. That was a great set up.

The Flash frequently has a problem with moving the plot along way too gradually. Now that we know Nora’s working with Thawne, and especially with the promise of Barry catching an incriminating memory in this episode, I felt ready for a blow up. Instead, Barry just got the hint of something amiss when he discovered that Nora’s defense mechanism is Thawne’s suit. That felt like way too little considering how much we already know about Nora.

Instead of a big reveal about Nora’s true intentions, this episode spent a lot of time dealing with Iris’ concern about her parenting style. It’s hard to find this plot that urgent. When young Nora obsesses about her missing father while yelling that she hates her mother, it doesn’t feel that dramatic because really kids are like that. Of course it makes Iris sad, but from a plot perspective it’s not that compelling.

The episode also dragged because Nora was attempting to save Gracie Gibbons by visiting her memories to get her out of the coma. The plan to stop Cicada by saving Gracie is laughable. Add on top of that a confusing execution and the result is an almost impossible to care about plot. There were many repetitive scenes of Nora and Gracie yelling back and forth.