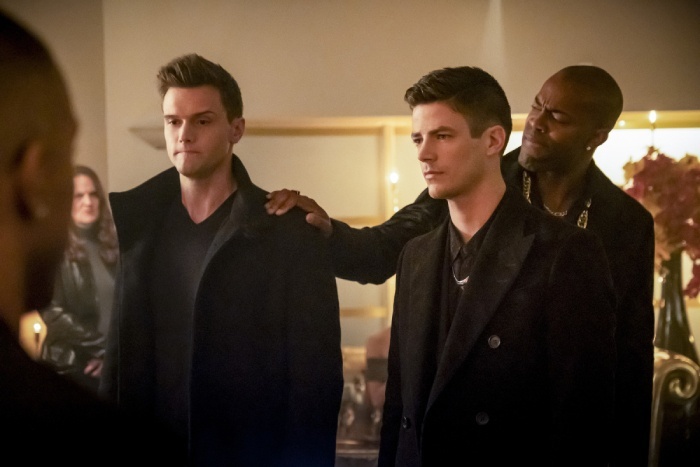 Ralph Dibny and Barry posed as criminals in order to get stolen tech that could help them fight Cicada. Ralph’s connections to the criminal world allowed them an entry point. But, they got in deep when a criminal named Goldface asked them to steal medical supplies for him. This wasn’t the most interesting plotline, but it had a couple fun moments from Barry’s inability to hide being a narc.

There were some sequences of Barry and Ralph as gun-wielding bad guys that were surprisingly cool. The choreography and style was different than anything I’ve seen on The Flash before. But, the morality of the episode was confusing. At one point, Barry shot Goldface in the face. He survived, but it seemed like Barry didn’t expect him to. Doesn’t he usually have a hard policy against killing people?

Nora West-Allen knew that Sherloque was on the verge of discovering her secret. Eobard Thawne suggested that she exploit his weakness— distract him with love. Nora orchestrated a chance encounter between Sherloque in a beautiful woman.

Later, it was revealed that all of Sherloque’s ex-wives are this same woman from different universes. I’m generally uninterested in Sherloque, but I enjoyed this storyline.

Meanwhile, Iris West-Allen tracked down Cicada. She managed to face off against him and survive, then declared, “I know his weakness.” It’s odd that this storyline was such a minor part of the episode. The episode would have been stronger if this was the main plot.

It felt abrupt when Iris and Cicada were actually in the same room. I would have loved to see more build up to this moment. But, despite the lack of screentime, Iris facing off against Cicada made for an engaging, cool scene. It’s always great seeing her bravery and strength.