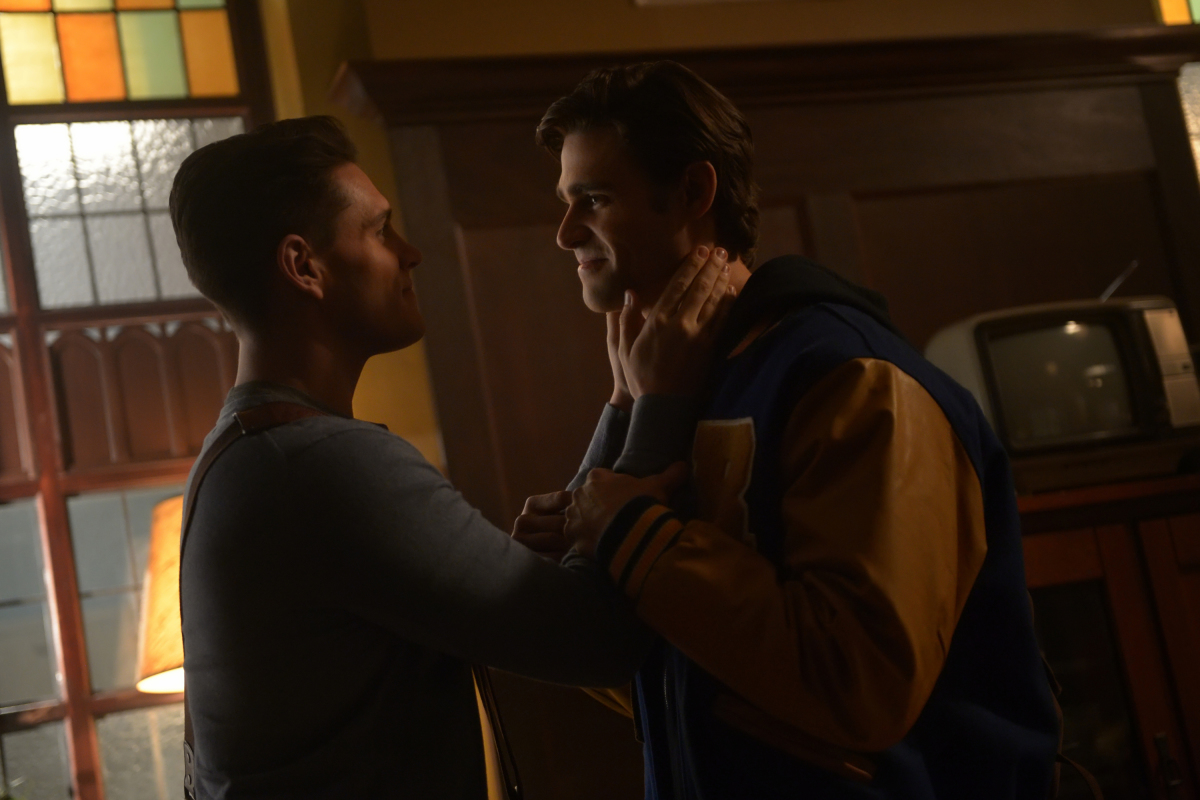 This week on Riverdale season 3, the gay characters came to the forefront. The episode put some focus on Kevin Keller and Moose Mason with a messy plot.

Kevin confided in Cheryl Blossom that Moose refusing to go public with their relationship was weighing on him. Cheryl didn’t understand Moose’s need to be closeted. Reminder: Cheryl recently spent time in gay conversion therapy. She all but outed Moose in a school announcement. Toni Topaz had to get Cheryl to regret her actions by telling her a story about her uncle refusing to talk to her. The way this story ignored Cheryl being sent to gay conversion therapy was jaw-dropping.

Moose’s father Marcus Mason got all the ROTC kids to go into the bunker while Moose and Kevin were together and scare them. While explaining this bizarre decision, Marcus explained that he had feelings for Tom Keller as a teen. He then explained how difficult it was to watch Tom get married at the same time he was learning that his son was in a relationship with Kevin “who looked exactly like Tom.”

Overall, this was an exhausting plot that’s difficult to pull apart. Kevin and Moose only got tiny stray scenes for so long. Now their relationship finally received significant attention. But, it’s a story that’s not really about them. It’s also a story that pointedly refused to say anything meaningful about gay life.

Cheryl’s other subplot confused the meaning of the episode even more. Penelope Blossom sabotaged Cheryl by convincing her alma mater they should give more slots to people from diverse backgrounds instead of legacies. This was all part of Penelope’s homophobia towards Cheryl. But, orchestrating a situation in which it’s a villainous move to fight against legacy admissions was a strange move on the part of Riverdale.