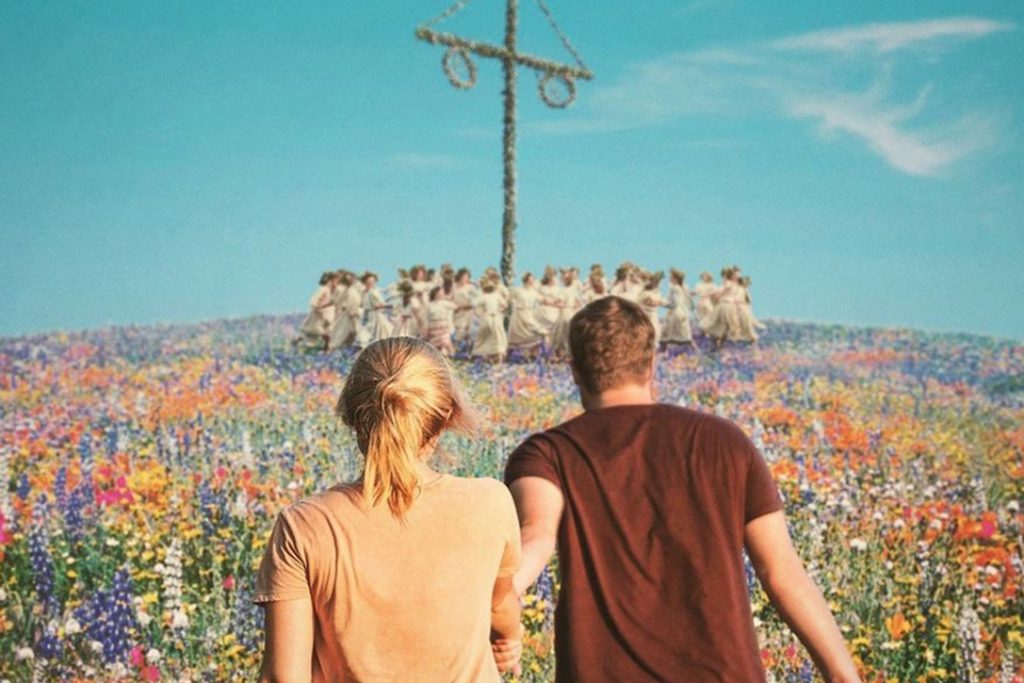 Horrific pagan stories are always intriguing, but when the director of Hereditary Ari Aster tries his hand at one, it becomes a colorful nightmare of tradition and rituals. Midsommar follows a couple on the verge of breaking up as they participate in a Swedish mid-summer festival in the rural hometown of a pagan cult. Written and directed by Aster, the film stars Florence Pugh, Jack Reynor, William Jackson Harper, and Will Poulter.

Ari Aster’s screenplay is a myriad of shocking scenes, hilarious encounters, and bizarre rituals. It’s all over the place with no true center, but he may not have wanted to ground the film with an obvious theme. The narrative revolves around the character of Dani who’s dealing with the tragic loss of her sister while she free falls in a toxic relationship with her boyfriend Christian. Translated to the screen, the script feels like an exercise of multiple themes, including dealing with grief via religious fanaticism and the rocky road significant others face. However, everything is held together flimsily, as you can never grasp the main point without breaking a sweat.

Although the story is hampered by multiple subplots, Asters direction and Pawel Pogorzelski’s cinematography provide you with inspired editing and breathtaking visuals. Basking in the sunshine and a pastel palette for most of its runtime, hell never looked so quaint and peaceful on the surface. There are some breathtaking, eerie transitions you can’t help but admire, adding to the creepy factor. The film also utilizes CGI subtly to further express the unbalanced state of characters who go down the rabbit hole. Not to mention, the sound mixing and cinematic score are well done, providing another layer of tension throughout the film for a jarring experience. 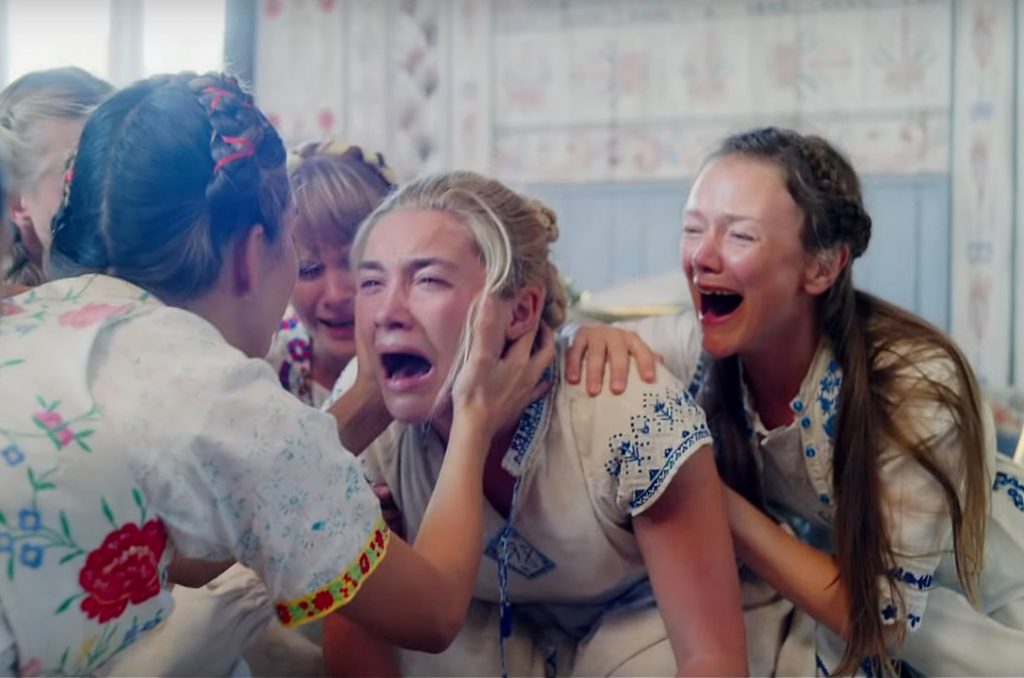 Florence Pugh plays Dani, the protagonist who’s dealing with her sister’s suicide and parents’ death while she’s at the festival with her boyfriend. She captures the character’s anxiety and desperation for a break in life well, but she’s not given much else to do past those notes. However, Pugh does well in delivering a cryptic smile toward the end of the film that puts things in perspective.

The supporting actors all do well, but the most notable one is Will Poulter playing Mark. During the trip, Mark just wants to devour psychedelic drugs and chase the ladies. He’s the obvious comic relief, but Poulter plays him so naturally that the generic character is better than usual. Jack Reynor as Christian is also a standout, as he nails the boyfriend who’s over the relationship but doesn’t know how to end it. And then you have all the people in the small town who are welcoming to a fault. Each actor is committed to their part, creating a surreal experience.

At the end of the day, Aster’s Midsommar may be difficult to comprehend, but it manages to pull off the miracle of being both disturbing and hilarious, sometimes in the same scene. There are loads to unpack in this film and it’s shot masterfully, proving that Aster’s Hereditary was not a fluke. Although it will split viewers, the film will make you think about rituals, traditions, and beliefs of this world and how we’re bound to them. We feed on religion, celebrity worship, and our relationships to escape isolation and dread, but when does it become unhealthy? Midsommar is contemporary avant-garde cinema that will make your mind work for a sense of understanding just like any piece of experimental art.