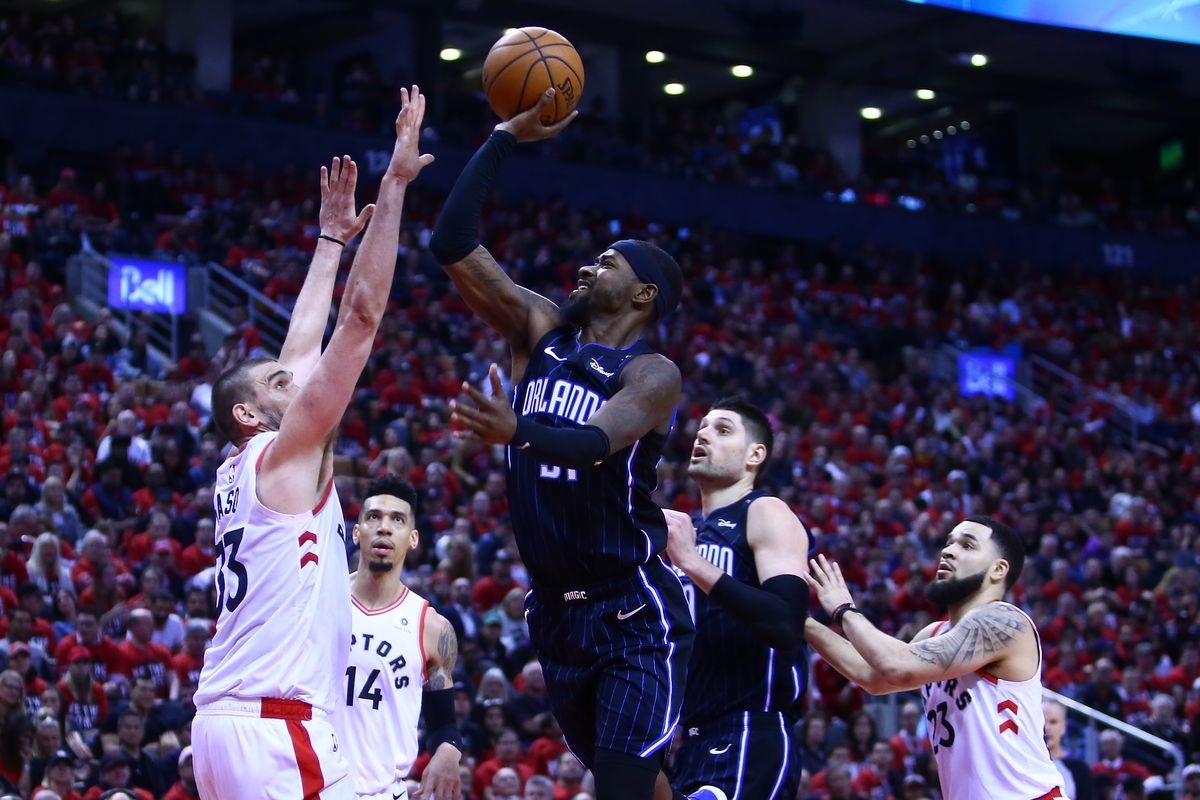 While the entire world was worrying about where Kevin Durant will sit in street clothes next year, the Orlando Magic were silently solidifying their place in the East.

The starting day of NBA free agency might be a new national (or international) holiday, because this year, June 30th, was absolutely bonkers. Personally, I can’t remember another year where free-agency was this hyped, this insane, this game-changing, and all of it living up to the rush. With a few tweets from Woj (Adrian Wojnarowski), the NBA landscape changed forever, but while everyone was focused on New Jersey (cough* Brooklyn), those two teams in Los Angeles, and how James Dolan killed the New York Knicks, other teams were making chess moves that may be more impactful for the immediate future instead of waiting for an Achilles to heal.

Vooch and T-Ross: The Other Dynamic Duo in Free-Agency

The oft-overlooked Magic, kept their two main free agents, Nikola Vucevic and Terrence Ross, while doing it at a reasonable cost and timeline. I get why the NBA community at large doesn’t give a shit about the Magic, but for a team that made the playoffs for the first time in a long time, and handed the Toronto Raptors a big loss at the beginning, the Magic kept their young core, doubled down on their glue guys and added Al-Farouq Aminu, who was big-time in the Blazers’ playoff push last season.

It’s not the headline explosion like the others, but the Magic did exactly what they should have done. In years past, the Magic (under the terrible leadership of Rob Hennigan) tended to flop and then blow it up out of desperation. For one example, they traded Victor Oladipo on a whim and that guy is a stud. Now, their trigger fingers aren’t so itchy.

With the front office being run by President of Basketball Operations Jeff Weltman, who had his hand in shaping this year’s NBA Champion Raptors, the Magic seem to no longer be the lovable losers who flipped assets and prospects all willy-nilly. The other co-head honcho is John Hammond who helped orchestrate the current Milwaukee Bucks. These two have a vision and that is more than the last regime seemed to have.

If the young guys get better, and the re-signed veteran ballers stay consistent, this team has a chance to move up in the Eastern Conference. The Philadelphia 76ers arguably, got worse with losing J.J. Redick to the New Orleans Pelicans, and Jimmy Butler deciding to take his talents to the Miami Heat. And the Brooklyn Nets, despite its hipster allure, will not be effective until Kevin Durant comes back at his hopeful/expected skill level. So, that leaves just a couple core East teams and then the Magic, who will be fighting to define themselves as not just a shrugged-off franchise.

The Kingdom of the Magic

The Magic went 42-40 last year, finishing with a record better than .500 and making the playoffs for the first time in seven seasons. That was thanks largely in part to career seasons from veteran players like Vucevic and Ross. Both were very thankful on social media, sharing their love and appreciation directly with the fans.

Sure, the Magic are not going to win a championship this year, and probably won’t win for a while, but at least they are building a foundation that they can use to improve or as pieces of  future trades. This is especially important after the last several years of indecision and panic, because the Orlando Magic and its fan base deserve a reliable team, and now they have that. I am usually a pessimistic Magic fan this time of year, and I will admit that yesterday I ho-hummed the news, but the more I think about it, the more I think the Magic are righting the wrongs of the past and making the right decisions going forward.

Just like any team, but maybe more so, there are some naysayers out there, but unless they bottomed out (again), this is the best possible route for the Magic to take. Next year’s roster will be the best team the Orlando Magic have put on the floor since Dwight Howard awkwardly kissed Stan Van Gundy and left. Mark my words, Chuma Okeke, despite being injured, will end up being the steal of the 2019 NBA Draft. With a subtle yet powerful roster that includes Aaron Gordon, the blossoming Jonathan Isaac, the reliable D.J. Augustine, and a healthy Mo Bamba, this team can be awesome. Add to that a resurgent and healthy Markelle Fultz watch out baseball world, because the Magic will probably surprise you next year and in the near future.

Rest of the Best

As the NBA waits for Kawhi Leonard to decide, and watches as the Los Angeles Lakers and the Nets split the difference, teams like the Orlando Magic, who held their cards, may end up being the shining example of why sometimes you don’t have to make the big splash right away to be effective in the long run. We can listen to Stephen A. Smith spit all damn day, but the proof will be in the pudding next year, and the Magic seem to be making good, consistent pudding. This article ending on a pudding metaphor is dedicated to my good friend Chris Corso who is usually a pie-in-the-sky dreamer when it comes to the Magic, but this time he may be right.