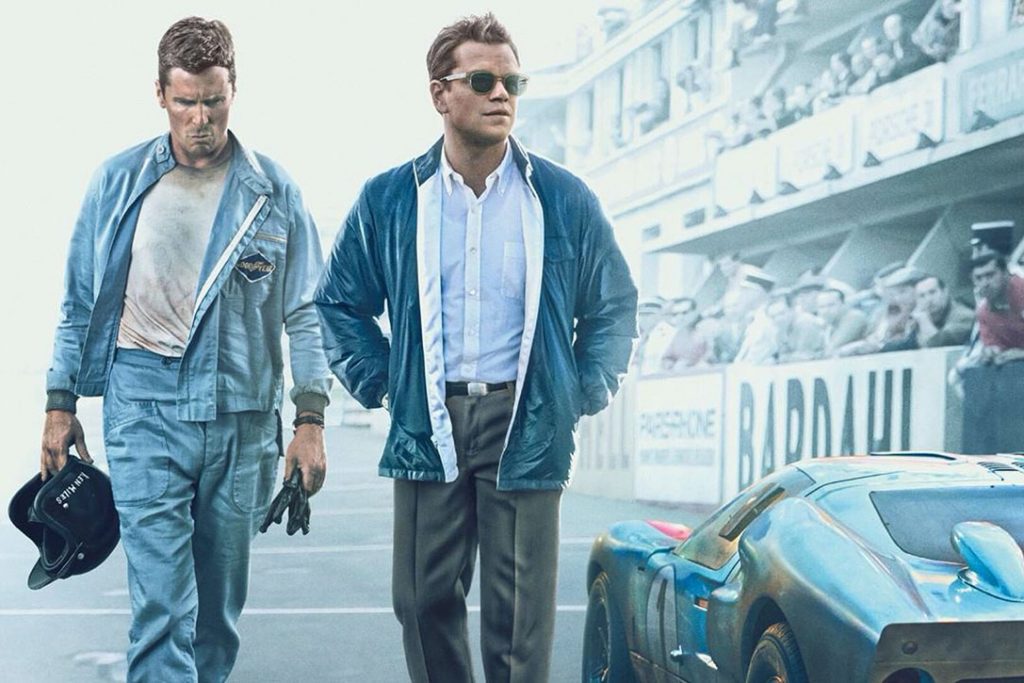 The 24 Hours of Le Mans is complete insanity. It’s the world’s oldest active sports car racing event and is considered to be one of the most prominent and legendary endurance races on the planet. However, it’s dominated mostly by non-American vehicles, including road rockets boasting the iconic Prancing Horse logo. James Mangold’s Ford V Ferrari is a film that depicts the first time an American vehicle reigned supreme during Le Mans. The movie follows the duo of Carroll Shelby and Ken Miles, as they build and test the Ford GT40 that would break Ferrari’s win streak in 1966. Christian Bale and Matt Damon play the brotherly duo, and they’re joined by Noah Jupe, Jon Bernthal, and Caitriona Balfe.

Director James Mangold presents an energetic, entertaining film, even though it seems a little too polished. It never feels cringe-worthy, although it is streamlined. But that’s what makes the film work so well for a wider audience, as you don’t need to be a gearhead to enjoy it. However, it could afford to leave some scenes on the cutting room floor. There are times where the film drags, but the final race is worth it.

Mangold’s handles the racing scenes incredibly well. You can feel the engines roar, and you’re placed right in the cockpit of the ride, immersing you into each thrilling war on the track. The chaos of the races has no filter, as cars spin out of control, crash and catch fire, and weave in and out of the pack with little daylight. And then you think about how this could possibly be a haven for someone like Ken Miles. That is until we delve deeper into the man behind the wheel.

Christian Bale, playing the eccentric Ken Miles, is the heart of this film. Bale transforms into Miles and captures the man’s passion for racing. There’s a look in Bale’s eyes that makes you believe he’s madly in love with the intricacies of four-wheeled road rockets. Miles’ brain is always racing, always analyzing, as he’s chasing the perfect race. Bale turns in another moving performance, disappearing into the character.

Matt Damon, playing Carroll Shelby, is the opposite of Miles, yet they share the same intensity for racing. Damon is well-cast, depicting the confident American that’s driven to succeed. Every time Bale and Damon share the screen, the film is better for it. They portray their characters as brothers who differ in every way but their addiction to own the road while behind the wheel. It wouldn’t be surprising to see either of them up for an Oscar when the nominations are announced.

Forming a bond with a four-wheeled beast and learning her every move is necessary to push it to its limits. To the racers in this film, it’s all about making a connection with the vehicles within the moment to prevail when challenges emerge. Ford V Ferrari not only depicts a legendary historical event but also the will to chase perfection, making it worth the price of admission.