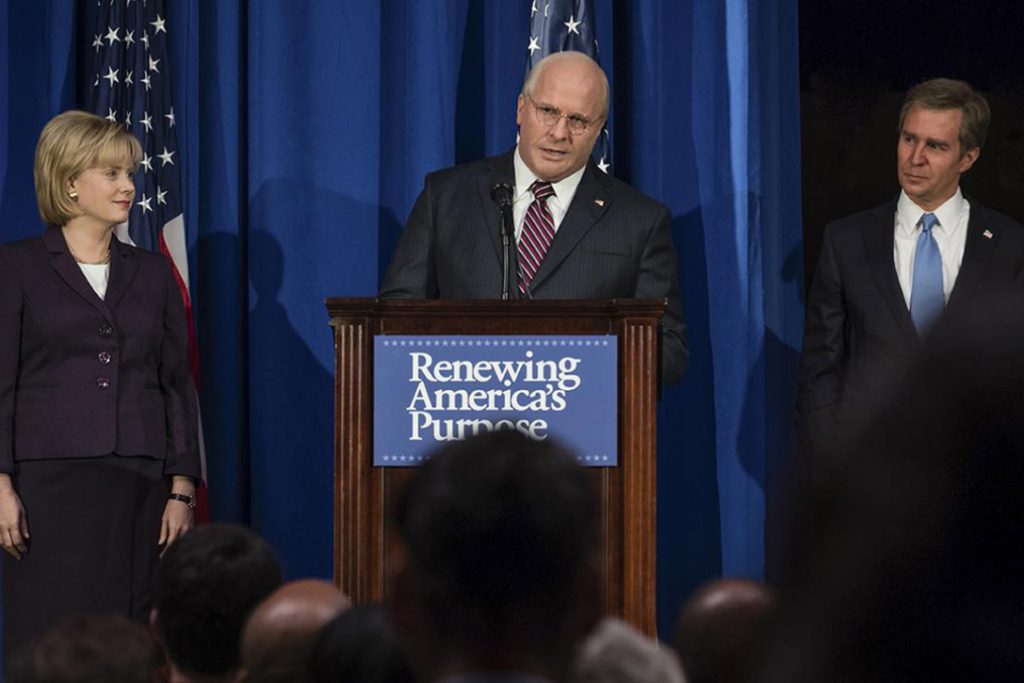 Politics is a jumbled, complicated mess of power and one monotone, mysterious man sunk his teeth into a fat, juicy vein of the beast. Adam McKay tells the story of the most powerful Vice President America has ever seen with his quasi-biopic film Vice. Christian Bale plays the main man of the flick, Dick Cheney, and he’s joined by a group of A-listers, including Amy Adams, Steve Carell, and Sam Rockwell.

Unsettling And Hilarious With Style To Spare

This could’ve been a by-the-numbers, sleep-inducing biopic, but Director Adam McKay injects the subject matter with a vibrant style. We know the gist of the story, but he does his best to dig into the secretive central figure and his actions in the White House. The pacing is quick, going through plenty of events, however, at times it does feel a little slap-dash. McKay wrote an overwhelming, but entertaining, script with plenty of darkly comedic and unsettling moments to make the audience really digest what Cheney did.

From a visual sense, McKay uses everything in his arsenal to break down the material and keep you interested. He even takes hilarious alternate routes and films what character’s might’ve been feeling in certain moments to make them more entertaining. As far as facts go, nothing seems to be overly embellished or exaggerated, as far as biopic films go. Most of the editing is brilliant. For example, there’s a scene of Cheney trying to get George W. Bush to agree to his wishes for the role of Vice President that keeps cutting back to fish bait being dragged across the water. At its best, the editing helps us form connections to what’s happening, taking plenty of shots at Cheney and his posse to hilarious effect. At its worst, it feels like a longer version of a VH1 pop-up video. With the narration, montages, slideshow photos, and real-life clips, it can get hectic at times, but you just can’t look away. 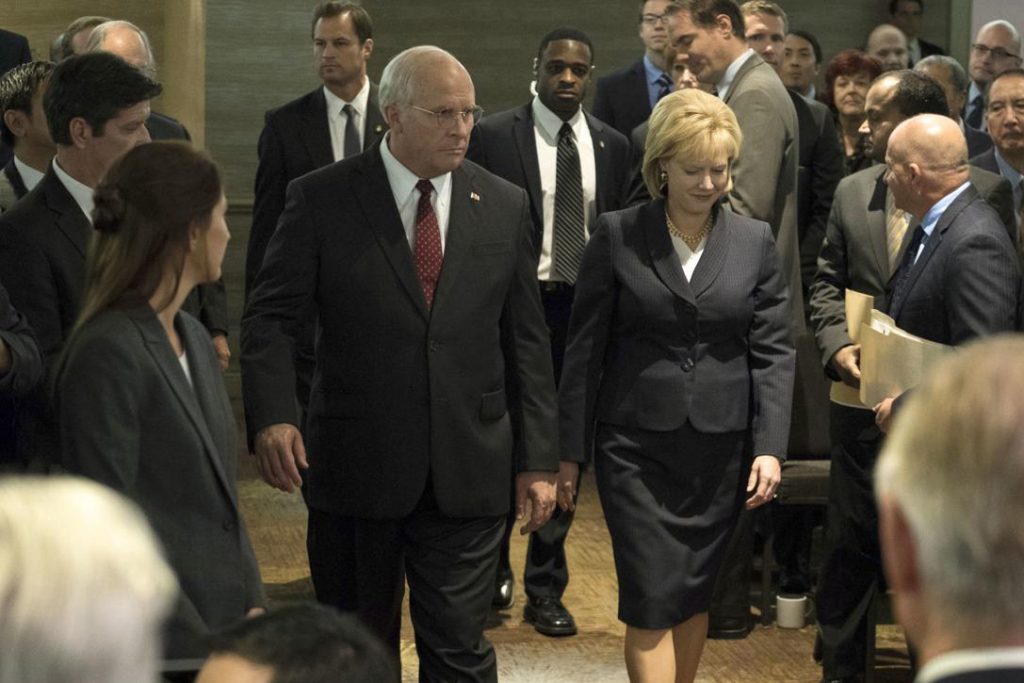 Gaining 45 lbs, shaving his head, bleaching his eyebrows, and exercising to thicken his neck all to immerse himself in the role of Dick Cheney, Christian Bale gives another stellar performance, showing us why he’s one of the best actors in the biz today. Bale expresses Cheney’s internal thoughts so well with his posture, the way he stares, and the way he uses his hands. And, Bale not only gets Cheney’s voice down but also the way he mouths each word. The fully committed Bale is nowhere to be found in the film.

From Amy Adams playing Lynne Cheney to Steve Carell stepping into the shoes of Donald Rumsfeld, the supporting cast doesn’t disappoint. The supporting players are incredible, but the most notable out of them is Sam Rockwell playing George W. Bush. He nails it and does so effortlessly. He’s not in much of the film, but you can’t deny his uncanny depiction of the 43rd President of the United States.

Vice is an unnerving, often times hilarious depiction of the most powerful Vice President we’ll probably ever see. It displays his questionable actions and touches on controversial parts of Cheney’s career, including his belief in the unitary executive theory, his Halliburton oil company, and his disconnect with the battlefield during the Iraq War. Yes, it’s overstuffed and a bit of a mess sometimes, but it’s a dark, delicious bite into an infamous politician.