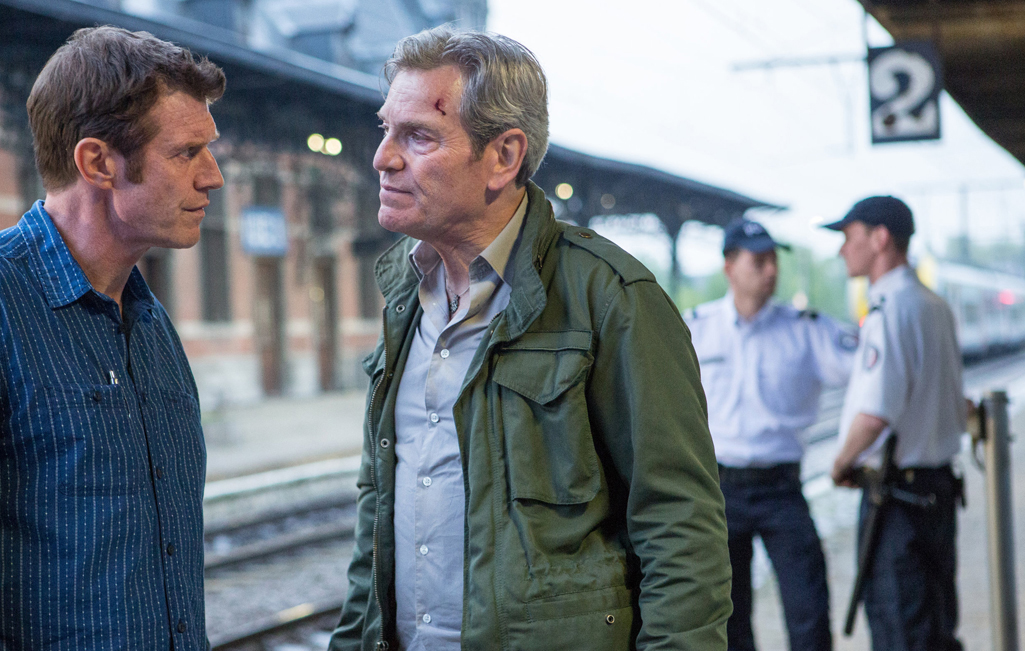 In the fourth episode of The Missing, the storyline evolves and also becomes confusing. After last week’s video discovery of Oliver in a holding house, Julien and Tony pursue additional leads. Through legwork and digging, Julien identifies a van that was near that house around the time when Oliver disappeared.

Through Julien’s detective scope, the van feels out of place. When the owner of the company who had its name plastered on that van is revealed, confusion begins. Yes, that previous sentence was intentionally crafted as confusing, primarily since this entirely storyline was exactly that.

Basically, Julien’s murdered undercover worker, Antoin, had a girlfriend. Now a sober and sophisticated teacher, she used to be a drug-addicted drifter. Through Julien’s help, she became clean and was given a chance at a new life. In episode four, she becomes an important character and we learn that her name is Rini. Why does she became important? Because she might be able to identify the owner of the mysterious company who drove that brooding van.

That owner, back when Oliver had initially disappeared, was spying on the investigation from a distance. This makes him a person of interest at the very least. His van was by the holding house keeping Oliver, he closely followed the initial investigation, and Julien’s detective radar is attracted to him. This will be a storyline to keep in mind, especially since Rini is paying the piper by traveling with Julien and Tony to try and find this man.

That glut of information was the primary source of confusion in episode four. Everything else was much more clear. Nothing was clearer than Tony’s overdue realization that Ian has ulterior motives. After checking in with Ian at one of his places of stay, Tony walks around the pad and in turn creates a conversation. In this dialogue, Ian reveals the loss of his own daughter, taken in the middle of the night and assumed dead.

It trips Tony out. Of course, the man is putting up money for Oliver since his own daughter disappeared in equally mysterious circumstances. Not so fast. After slightly pressing for more information, Tony prompts Ian to tell a story about guilt. Comparing guilt to cancer and using a treat the source, not the symptom analogy, Ian takes a fatal misstep. He tells a story in the exact fashion that Vincent told Tony earlier in the episode.

Coincidence? No chance. The stories were identical. The vibes and presentations were the same. This triggers a light in Tony’s head. Vincent is a known sex offender, while Ian is bending over backwards to provide funds and collect information on Oliver’s case. In telling the same story, Tony rightfully assumes they know each other. This creates a question we assume pops off in Tony’s head; what’s the possible connection between a rich construction worker and a sex offender? Something dark and disturbing.

Like in episode three, the last and most important revelation is saved for last. As Vincent continues to receive medical treatment to overcome his attraction to children, he tells the person treating him that he must travel and see an old friend. That friend? Ian. Of course. When Vincent returns to what we presume is Ian’s company headquarters, Vincent asks to see his old friend. That ends up being a problem. Why? Because Ian has been missing for eight years and was declared dead even though his body wasn’t found.

The news, while shocking, doesn’t hurt Vincent. If anything, he appears happy. Possibly relieved. A burden seems to have been lifted off his shoulders. As the audience though, we wonder one basic thing; what was Vincent going to talk about with Ian? Did they commit a sinister deed together? Were one or both of them involved in Oliver’s disappearance? Until next week, we wait.