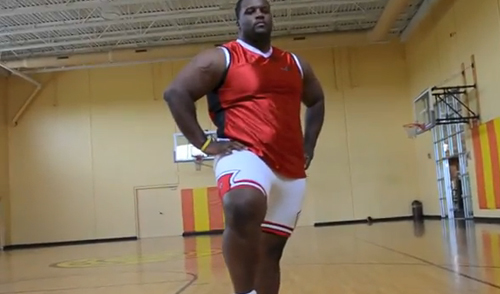 Anthony “Spice” Adams is currently an NFL free agent. Drafted in the 2003 NFL Draft by the San Francisco 49ers (2003-2006) and later playing with the Chicago Bears (2007-2011), Spice Adams has realized during his downtime in free agency that his first love is basketball. In the following video, Spice shows off his skills on the hardwood and gets testimonials regarding his abilities.

There is no better way to start off Baller Mind Frame than with this post. You feel me?