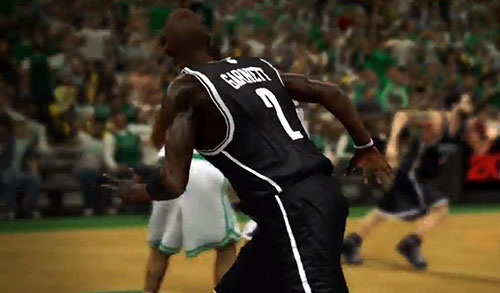 If you fall into our target demographic of 18-35 year old sports fans – our algorithms confirm that you do and would like to purchase Under Armour – odds are that you’ve seen the Madden 25 reviews start to pour in. And while it’s undoubtedly satisfying to throw a virtual touchdown, we all know it doesn’t quite stack up to dunking on your best friend’s face.

And since the people at 2KSports are the only ones who afford us this glorious opportunity, we thought it would be appropriate to give them some BMF love.

Here’s an early look at the top ten teams in NBA2K14, which debuts October 1st.

10. Chicago Bulls
Yep, Derrick Rose is back. And that means the team with the biggest discrepancy between NBA wins and video game wins is poised to narrow the gap. Rose is arguably the best player in the league, and in a game that favors speedy dunkers, expect to play a lot of online match-ups against D-Rose spammers. I’d rank the Bulls higher, but with Joakim Noah‘s funky release and Carlos Boozer‘s well documented virtual suckiness, their lineup is a bit thin behind Rose and Deng.

9. Minnesota Timberwolves
Nikola Pekovic may suffer from Boozer Syndrome, but this team has a lot of weapons. Kevin Love‘s dominance down low and three-point shooting makes him one of the game’s most valuable players, while the new precision passing system should allow Ricky Rubio to get away with murder. Combine that with the shooting of Kevin Martin, Cory Brewer and Chase Budinger‘s ginger dunks, and all of a sudden the T-Wolves look pretty dangerous. Plus, Shabazz Muhammad figures to be a bit overrated, which is always nice.

8. Golden State Warriors
People forget how dominant Andre Iguodala can be, and as many broken controllers can attest, his skills transfer over to the 2K franchise without a hitch. With him, Stephen Curry and Klay Thompson in the fold, the Warriors might just be the most deadly team from beyond the arc. Andrew Bogut and David Lee are bound to be frustratingly clunky, but with three other solid players to run the offense through, they should stay out of the way. And, oh yeah, they have Harrison Barnes.

7. Detroit Pistons
Might be stupid to put them over the Warriors, but Brandon Jennings and Josh Smith realize all their real-life potential in the virtual sphere. When you have two elite players that can get down the floor before anyone at their position, you’re going to be competitive in any matchup. Chauncey Billups will likely be overrated from three-point range, and along with a three-point sleeper in Josh Harrellson, Detroit figures to be a solid pick to rack up points in a hurry. In the unlikely event that you miss any of those shots, Andre Drummond and Greg Monroe will be there to clean up.

6. Houston Rockets
James Harden was unstoppable in 2K13, so Houston figures to be that much tougher with Dwight Howard in the paint. You could make the argument that they have the two best players at their position, and I would say, “Hey, nice argument.” You really only need Harden and Howard to do your damage, but Chandler Parsons is an absolute assassin from downtown, and should get a lot of open looks with all the focus on the big two.

5. Oklahoma City Thunder
Kevin Durant and Russell Westbrook. Need I say more? They’re usually my favorite team to play with, but thanks to the loss of Kevin Martin, they now have only three people that are allowed to touch the ball on offense – if you include Thabo Sefalosha from the corner.

4. Los Angeles Clippers
The Clippers made some key additions this offseason that will make them borderline unfair to play with. They were already tough to defend with Blake Griffin, Chris Paul and Jamal Crawford, but with Darren Collison and J.J. Redick coming off the bench, they are going to be better than ever before. It’s too bad coaching doesn’t matter in these games, because if Doc Rivers counted towards their overall ranking, they’d easily be number one.

3. New York Knicks
Part of this is hometown bias, but the main reason the Knicks take the number three spot is that they have an abundance of good shooters. Andrea Bargnani and Amar’e Stoudemire can take care of the mid-range game, while Carmelo Anthony, J.R. Smith and Metta World Peace do damage from three. I haven’t even mentioned Iman Shumpert and Raymond Felton, whose ability to drive and create leaves the Knicks without a single player to gum up the offense. Scary.

2. Miami Heat
LeBron James is already the greatest athlete in sports. With the additional boost of being the game’s cover athlete, he can reasonably expect to shoot above 80% in every game of 2K14. The Heat would still be in the top ten if he was surrounded by 14 Boris Diaws. Of course, the king’s supporting cast is actually Dywane Wade, Chris Bosh and Ray Allen. Yeah, that’s a little better.

1. Brooklyn Nets
The Nets have the best starting five in video game history. A quick, dunkable PG in Deron Williams, solid shooters and creators in Paul Pierce and Joe Johnson, and two bigs in Kevin Garnett and Brook Lopez that are all but unstoppable down low. Their bench is no slouch either. Andrei Kirilenko is a three-point marksman and matchup nightmare, while Andray Blatche and Jason Terry are capable of holding down the fort when any of the starters sit. Look for the Nets to be the most popular team in NBA 2K14 and knock the Heat off their perch.

Agree? Disagree? Think I’m a moron? Let’s see your own rankings in the comments.