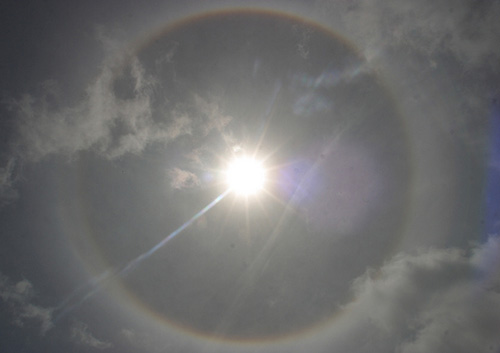 For those who have fallen in love with it, basketball is a reflection of life. The more you play it, watch it, and breathe it, the more it makes sense. Phil Jackson is one of the greatest minds in basketball, and his latest book, “Eleven Rings: the Soul of Success”, has many interesting words of wisdom to take with you on the court. They may even make you a better player. Let’s take a look at the top five pieces of advice from the Zen Master:

Jackson is like a basketball Yoda, and although this concept may seem a little confusing at first, it makes total sense. If your team is in tune with one another, the right pass that gets the ball moving until the most ideal shot is found is the best pass. It will go unnoticed, like stuntmen, farmers and the lost art of the low-post game, but it’s very essential. Sure, you’re not going to get an assist for it, but noticing that particular pass will make you a better baller, and can gauge whether your teammates are on the same page.

2. “Everything is always in flux. Until you accept this, you won’t be able to find true equanimity. But to do that means accepting life as it is, not just what you consider the ‘good parts.’”

3. “The most we can hope for is to create the best possible conditions for success, then let go of the outcome. The ride is a lot more fun that way.”

Here Jackson is just telling us to prepare as much as possible, and then enjoy the game. It’s easy to fall into a mindset of wanting to win so badly that you forget to have fun. In letting go of the outcome, you’re letting go of expectations and playing the game in the moment.

4. “‘If you don’t win this one,’ I told the players, ‘then you don’t deserve to move into the next round. You’ve got to play to win, not play to avoid losing.’”

First of all, if I was in that huddle with the Los Angeles Lakers in 2002, I’d probably feel like I could take on the world. In that moment, the Lakers probably felt like they were taking on the world. Like everything else in life, except for those born into riches, you have to earn it. When the moment becomes the moment, you have to want it more than anyone else, and then dig deeper from there just to make sure.

5. “No question, anger focuses the mind. It’s an advanced-warning system alerting us to threats to our well-being. When viewed this way, anger can be a powerful force for bringing about positive change.”

Usually people tell you to suppress your anger, but Jackson is all about utilizing anger in a positive light. In realizing that anger focuses the mind, you’ll play with heightened focus when you’re angry. Did someone bury an elbow in your gut? Use the anger to get focused on getting them back on the scoreboard. It’s more effective not to give in to the cheap shot most of the time because they’ll see that you’re not easily rattled.

In reading Phil Jackson’s latest book, you’ll get a great understanding of his basketball wisdom, as well as his relationships with his players. It’s definitely essential reading for fans of the Chicago Bulls and Los Angeles Lakers, and for anyone that wants to get into the head of a basketball Jedi Master.