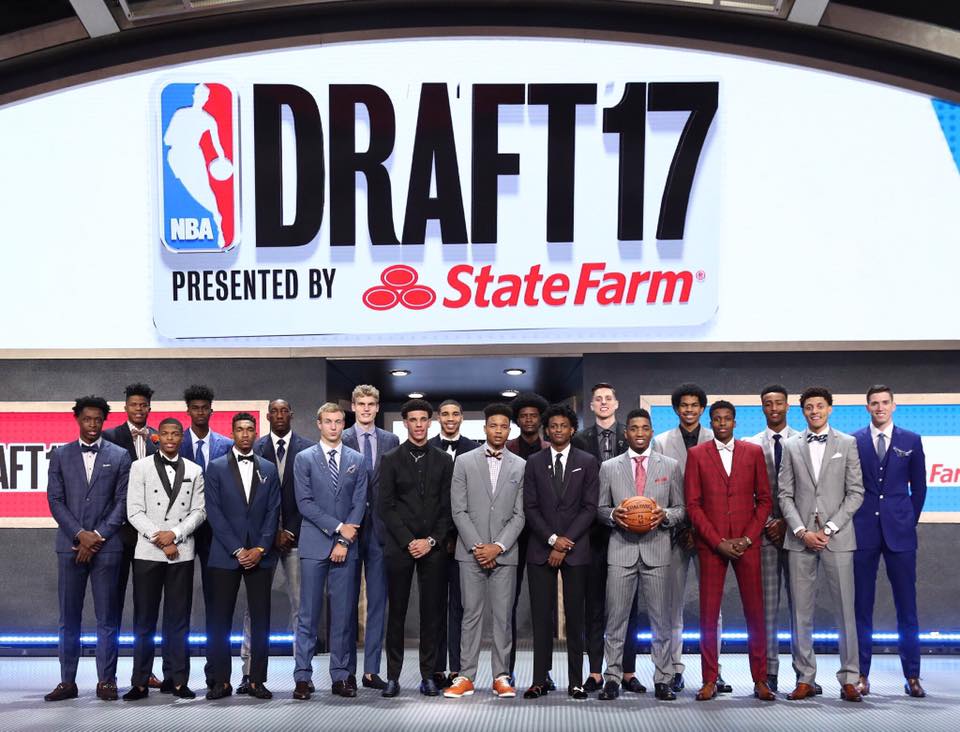 I have to be honest … in the days leading up to the 2017 NBA Draft, I was actually mildly concerned that the night might end up being a letdown. There’s no doubt that the talent pool was absolutely stacked, and there was certainly the potential for an eruption of fireworks at any point on Thursday night, but it appeared that the expectations of the evening were so high that they couldn’t possibly be met.

I’m happy to say that my concerns were alleviated just minutes into ESPN’s telecast, when the always-polarizing LaVar Ball claimed that Zeus and Jesus told him that Lonzo Ball was going to be a Laker. Whether or not Zeus and Jesus were LaVar’s sources is still up for debate, but he was correct; Lonzo was soon after drafted 2nd overall by the Los Angeles Lakers, and an exciting night for both the present and future of the NBA was underway.

Even though there were far fewer losers last night than winners, here are the winners and losers of the 2017 NBA Draft.

In some respect, the Philadelphia 76ers drafted both Markelle Fultz and Ben Simmons last night, and that’s one heck of a haul if you ask me. If Simmons and Joel Embiid can remain healthy, and if Fultz makes the sort of impact that experts, fans and those in the Philadelphia 76ers organization expect that he will, the Sixers could push towards their first postseason berth in 2017-18 since the 2011-12 season.

Many will argue that expectations in Philly should be tempered … I would argue that the opposite is true. This is a franchise that has knowingly and unapologetically sucked for the previous four seasons, so at the first sign of true and justified optimism for both their present and future, the Sixers deserve to have over-inflated expectations of what they could do next season. Congrats to the Sixers and all of the patient fans who trusted the process.

Nothing says “Get psyched for the opening of our new Downtown Detroit arena,” quite like “With the 12th pick, the Detroit Pistons select Luke Kennard — Shooting Guard from Duke University.”

My goodness, what a Draft the Sacramento Kings had last night! Hardwood and Hollywood’s TJ Macias must be completely thrilled. Sacramento drafted De’Aaron Fox with the 5th pick (#2 on my Big Board), Justin Jackson with the 15th pick (an honest to God competent wing), Harry Giles with the 20th pick (had Giles not torn both of his ACL’s, he would have ended up being a Top 5 pick this year), and Frank Mason with the 34th pick (who I pegged as someone who could come into the NBA and give a team great minutes as a back-up Point Guard). I mean, I’m not typically in the business of giving letter grades to teams for their drafts, but that’s a foursome that deserves an “A” grade.

There is still plenty of work to be done in Sacramento. The Kings are still recovering from a tumultuous DeMarcus Cousins era, but Kings fans, much like Sixers fans, deserve to be optimistic. Fox and Buddy Hield are the backcourt of the future, and Willie Cauley-Stein and Skal Labissiere make up a long, athletic and energetic front court. It feels like the only way this Kings core doesn’t eventually find themselves in the Playoffs is if Vivek Ranadive and Vlade Divac screw it up. And yes, that is totally possible.

Simply put, the Hornets absolutely improved their roster in a major way in the last 72 hours. Even considering what Dwight Howard is at the moment in comparison to what he was in his prime, he still averaged 13.5 points and 12.7 rebounds per game last year. He has something left in the tank. And much more importantly, by the grace of God Malik Monk fell into Michael Jordan‘s lap with the 11th pick. I think there’s a 50 percent chance that ten years from now we’re collectively baffled that Monk wasn’t a top five pick in the 2017 Draft.

The Indiana Pacers haven’t had a great week, and I can’t imagine that the selection of T.J. Leaf did much to positively impact the overall morale of the franchise. I know the Pacers don’t want to get fleeced in any sort of deal they make for Paul George, but at a certain point they need to put something into motion and make this trade happen. George isn’t going to change his mind, and his trade value isn’t increasing as time goes by. If I were running the Indiana Pacers (and I’m very available to do so), I’d be the aggressor and set a deadline of when George needed to be traded by.

We’ll be negotiating deal for Paul George up until noon on June 29th. At noon on June 30th, we’re accepting whatever offer we feel is the strongest for Paul George. You have six days to negotiate with us and put in an official trade proposal for us to consider. We want at least one starter, at least one first or second year player that is a lottery caliber talent, and we want two future 1st round picks. Whatever team can make us the best offer that comes closest to meeting those qualifications will be the team we eventually trade with.

Make a power play and end the chase.

His son got drafted by the Los Angeles Lakers, and he had the opportunity to be interviewed not once but twice during ESPN’s coverage of the NBA Draft.

He cited Zeus and Jesus as sources. That’s yet another L for a man who is no stranger to taking L’s.

A very low-key stellar draft by the Utah Jazz, who traded Trey Lyles and the 24th pick (Tyler Lydon) to Denver for the 13th pick, which turned out to be Donovan Mitchell, a long-armed athletic Shooting Guard from Louisville. Solid maneuvering by the Jazz, who also managed to steal one of my favorite 2nd Round prospects with the 59th pick. If the Jazz bring back George Hill, then they can feel much more secure knowing that they not only have their starter in-tact, but also that they have found a capable back-up Point Guard (one of their biggest roster weaknesses last season) who can be groomed to be Hill’s replacement in a few years.

As always, Bilas was the best analyst on ESPN’s Draft coverage, but he left me wanting more when he didn’t have a full-blown orgasm on-air when Milwaukee selected yet another lanky forward with a 7-plus foot wingspan. I was expecting him to make a mess all over the set, but he was relatively subdued. What a bummer.

I’m sure it will take Jimmy a while to adjust to the Chicago to Minneapolis move, but man, it’s hard to dispute the fact that the Minnesota Timberwolves provide Butler a much more fulfilling basketball experience than the Chicago Bulls do right now. The Bulls are a mess of a roster and Butler was the last piece that needed to fall for an all-out rebuild to begin. The Wolves have two All-Star caliber studs who are both under 23 years old and a coach that Butler respects and is familiar with. This was the basketball equivalent of one of those situations when the rescue teams go in and save the miners who are trapped underground for days. The Wolves got Butler out of there just in time.

Check out this photo I found of the Chicago Bulls war room on Draft night: 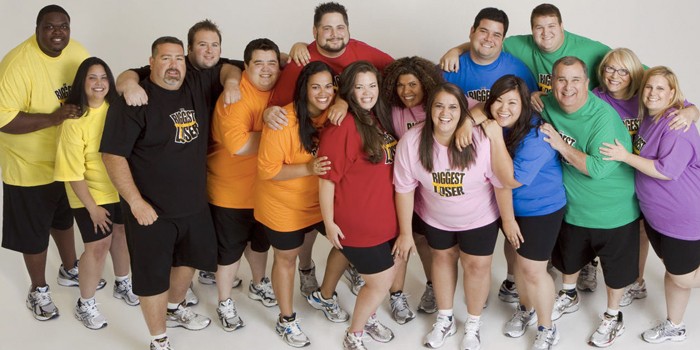 That’s a “The Biggest Loser” joke. Like the Bulls were the biggest loser’s of Draft night. Ugh. Let’s move on.

Is it crazy to think the Wolves could be the fifth best team in the Western Conference next year? Let’s assume that the Clippers lose both Chris Paul and Blake Griffin, a totally realistic possibility by the way. Doesn’t that leave Minnesota, Oklahoma City, Portland, Denver and Memphis fighting for those final four spots? Isn’t it entirely possible that the Wolves finish with a better record with those four teams I just mentioned them with? Somebody is going to have to stop me from picking the Wolves to win 52 games next year.

Celtics fans were probably hoping for a splashier 2017 Draft than what their team gave them, but very quietly the C’s made two solid picks, first selecting Jayson Tatum, an NBA caliber scorer with the 3rd pick, and then when they stumbled into Semi Ojeleye with the 37th pick. The Tatum pick is fine and was expected, but finding Ojeleye in the early 2nd Round is a total steal. Ojeleye was a Duke recruit who transferred to SMU and had a ton of success there. He’s a tremendous athlete, he can shoot and he already is built like an NBA player. This not only felt like a “Best Player Available” pick for the Celts … it was a “We need guys who we can throw at LeBron” pick.

What a 36 hour stretch Knickerbockers of New York have had. They left Malik Monk and Dennis Smith Jr. on the board to take a French Po int Guard whose name nobody will ever know how to spell, and Phil Jackson effectively severed the relationship between Kristaps Porzingis and the Knicks organization in a scathing interview he participated in on Wednesday night. Of all 30 teams in the entire NBA, is there a fanbase that deserves to be saltier and more pessimistic than Knicks fans do right now? The only silver lining that I can possibly offer to Knicks fans is that I heard that owner James Dolan’s band “JD and the Straight Shot” had a great show on Thursday night while the NBA Draft was taking place. People absolutely love their new album Ballyhoo!