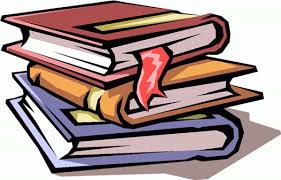 Once upon a time …

The ownership of the New Jersey Nets experienced significant financial strain in their effort to move the franchise to Brooklyn, so much so that it was forced to sell a majority share in the club to Russian billionaire Mikhail Prokhorov, who promptly and successfully finalized the franchise’s relocation. Prokhorov vowed a rapid ascent to championship contention, widely mocked by basketball pundits eyeing the state of the roster. Despite some early challenges constructing a contender, the Nets traded for All-Star guard Deron Williams in 2011, paired him with another All-Star in Joe Johnson in 2012, and went from a mid-level playoff team to a bona fide heavyweight by acquiring NBA legends Paul Pierce and Kevin Garnett, completing their transformation by bringing franchise icon Jason Kidd on as the new head coach. This Nets team successfully managed minutes, controlled the pace of games, played unselfishly, and took the NBA by storm, toppling the defending champion Miami Heat en route to the franchise’s first title. Kidd instantly joined figures like Larry Bird and Pat Riley as one of the NBA’s All-Time mythical figures, Pierce and Garnett experienced the perfect ending to sensational careers, and the Brooklyn Nets were the new unquestioned Kings of New York.

The Dallas Mavericks, after a decade-long and dogged pursuit of an NBA title, including a controversial championship defeat at the hands of the Miami Heat just five years earlier, overcame all demons and defeated their rivals from Miami in the 2011 NBA Finals. The champs were led by veteran Dirk Nowitzki, one of the game’s all-time greatest forwards and without question the best European player to ever appear in the NBA. At age 33, Nowitzki was presumably nearing the end of his career, and so rather than retain its aging cast, Mavericks management chose to strip the roster and pursue a star player who, in tandem with Nowitzki, could keep the Mavericks in contention. This effort faltered in the summers of 2012 and 2013, forcing the Mavericks to construct an ad hoc cast that could keep the franchise relevant. Despite widespread doubt the team thrived, thanks to Samuel Dalembert’s unlikely evolution into a viable rim protector, the dynamic scoring of Monta Ellis, the emergence of Rodrigue Beaubois, and the continued excellence of Nowitzki, earning a playoff bid and exceeding fans’ postseason expectations.

Assembled by a slew of the NBA’s most reputable minds, including Larry Bird and Donnie Walsh, the modern Indiana Pacers coalesced in 2011 with the addition of Indiana basketball standout George Hill. Hill joined All-Star Danny Granger, 2008 draft selection Roy Hibbert, 2010 selections Paul George and Lance Stephenson, and, later, free-agent forward David West to create a stable and well-constructed core unit devoid of a genuine superstar attraction. After a strong first season together, the 2013 Pacers bullied their way to the Eastern Conference Finals, relying on stingy defense and a grind-it-out approach. They ran up against the heavily favored reigning champion Miami Heat, their second series against this team in as many years. Contrary to most anyone’s expectations, the Pacers went to war with the champs, forcing a seventh game in what at times appeared to be Indiana’s series to lose. The Pacers paid to return its core with a reloaded and strengthened bench, thriving once again as an elite defensive unit and, for the third consecutive year, encountered the Heat in the postseason. This time the Pacers overcame the odds and conquered the Heat on the way to the franchise’s first title, a long overdue accolade for one of the NBA’s most successful franchises.

The New Orleans Pelicans represent history’s most hopeful iteration of New Orleans professional basketball. The original New Orleans Jazz were an unmitigated disaster, surviving five years of venue challenges before mercifully fleeing to Salt Lake City. The second attempt was George Shinn’s relocated Charlotte Bobcats, which considered several cities before New Orleans and attempted to move to Oklahoma City following Hurricane Katrina. The third was perhaps even more catastrophic than the previous two because the NBA went ahead purchased the team from the vile Shinn, an incredible conflict of interest and one that gradually drained the team of its assets and favorability. The fourth and current incarnation began when Tom Benson, owner of the New Orleans Saints and a noteworthy upgrade over previous regimes, purchased the team. In his first NBA draft, Benson had the good fortune to acquire Anthony Davis, poised to become Louisiana’s greatest basketball icon since Pete Maravich. After a summer in which Benson changed the team’s nickname to better represent the region, and made strong moves to create a more competitive roster, Davis flourished, emerging as a star-in-the-making and leading the franchise to the playoffs for the first time since the departure of Chris Paul. While not a postseason threat, this season was merely the first step in the creation of a new and greater era of professional basketball in New Orleans.

The end of a historic era for San Antonio Spurs basketball had been forecasted year after year by outspoken analysts who were regularly disproven. Gregg Popovich and Tim Duncan had been a thriving unit for 15 years, and in tandem with Manu Ginobili and Tony Parker had dominated the league for 10 years, yielding one of the NBA’s great dynastic runs. Against all odds, the Spurs rolled out two of their most successful rosters in 2012 and 2013, coming excruciatingly close to their fifth title in the latter. Despite cries to dismantle the roster from the NBA punditry, an annual summer tradition by that time, the Spurs rolled forward with these four franchise icons, developing a star in Kawhi Leonard and a supporting cast not unlike Spurs’ rosters of old. The Spurs once again defied expectation in executing another sensational season, capturing the division title and rolling through a deep stable of dangerous Western Conference squads. This particular campaign ended with that elusive fifth ring for Duncan and Popovich, 14 years after their first, an event that propelled them to the greatest heights of NBA lore.

Based on plausibility, excitement, satisfaction, and soulful nourishment, who has to go? Easy one. “The unlikely evolution of Samuel Dalembert”? Come on now. Sorry, Dallas.