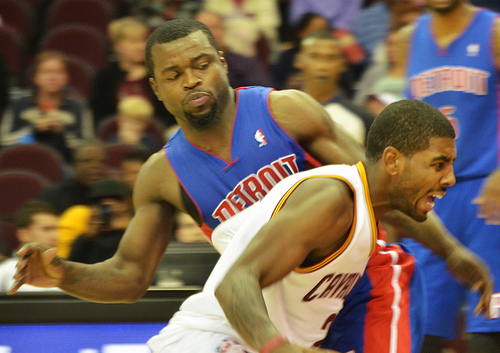 “It’s early.” That’s what I hear from every Cleveland Cavaliers fan I see around Northeast Ohio. My question is when is it going to stop being early? We are now 14 games into this NBA season and the Cavs find themselves at 4-10 with LeBron James (yes, I can finally type his name without crying) and the Miami Heat coming to the shores of Lake Erie on Wednesday. And, if I were a betting man, I would put the wine and gold at 4-11 by Thanksgiving.

What has been the problem? Why has this team with tons of young talent and savvy veterans been so bad? The answer is defense. Not bad defense, mind you (although they haven’t really been playing it well). It’s the concept of defense that people have, and continue to have, that it is the magical fix-all elixir that can put you over the top. Anytime you hear somebody rave about how good it is, they’re selling you snake oil.

Defense is great and it is what Cleveland Cavaliers coach Mike Brown has been known for. The old “defense wins championships” idiom is the most overused cliche, not just in basketball, but in all sports, and it’s just not true. Defense, while key, is only fifty percent of the game (in any sport). I’ve done my own little study BMFers, and I have concluded that one hundred percent of the time, it is the team with the most points at the end that wins. “Defense wins championships” is a dangerous thought. Let’s examine. Travel back in time with me friends. The teams with the best defensive efficiency of the last ten years are as follows

With the exception of the Spurs in 2004-05 and the Celtics in 2007-08, no NBA champions of this bunch. Now of course there have been teams in the top five or ten to have won championships, but judging by this you do not win a whole lot of titles by being the best defensive team in the league.

However, going through the teams who ranked tops in offensive efficiency didn’t win a whole lot of titles either. You see the Phoenix Suns up there a bunch. Six times! They haven’t won any titles. That’s because Mike Antoni (I dropped the D, cause he has no idea what that is) only focuses on one side of the court whether it was in Phoenix, New York, or L.A. If Mike Brown and Mike Antoni adopted a child from a third world country together they would raise it to be a fine basketball coach.

You need a balanced attack. Defense does not win championships, and neither does offense. You need both. I have heard Mike Brown talk about defense a thousand times all ready this year, and I have a feeling that it’s not going to stop any time soon, because (in unison) it’s still early.