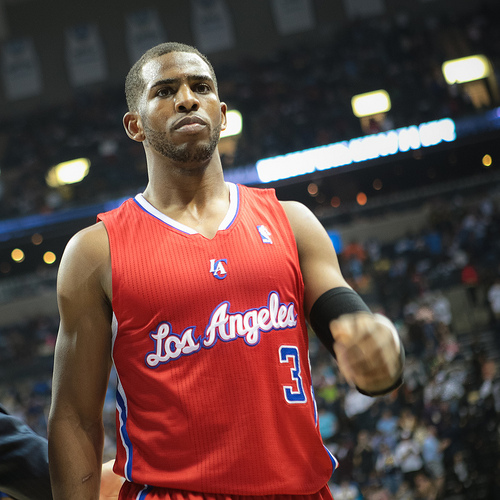 They’re definitely not the Bad Boys of basketball, and they’re not exactly close to being as tough as Doc Rivers’ old Celtics squad, but the Los Angeles Clippers are developing some grit in their game. The Clips are diving for loose balls, aren’t backing down like they used to, and seem to be game for anything.

DeAndre Jordan has gotten noticeably better on defense, and not just stat-wise, but also in reading the opponent’s offense better, as well as stepping up his hustle. Blake Griffin continues to be quietly improving his overall game as well, and Chris Paul is still Chris Paul: arguably the best point guard in the league.  As of late, the Clips seem to be developing a never back down attitude, and it’s pleasing to see them hustle and scrap on the hardwood. What’s better than a talented team? A talented team that’s hungry enough to put in the hard work and not rely solely on their talent.  Right now, they’re ninth best in the league for opponent field goal percentage, and first in the league in opponent three-point percentage, holding opposing teams to 32.6 percent shooting from behind the arc.

“I do like the trend. I think we’ve been trending that way for a while defensively,” Rivers told LA Times. “And it’s nice, because my belief is that you can play defense every night. Offense you can try to play every night, but it may not work out for you. You can miss open shots and just have a bad night. But your defense should always be there, at least the effort.”

They’ve got a couple of players on their roster that are known be to be tenacious players that practice the art of irritation. Matt Barnes takes a more forward approach, while CP3 practices the art of frustration that’s more subtle. Barnes has been playing the big brother role on the team, stepping in to protect the Clippers when egos are bruised; however, it seems as though the Clips are learning to stand their ground to give Barnes a break or two every once and awhile. That is, if he wants the break, since it seems he feeds off the scuffles. CP3 has been known to play mind-games and become a mental nuisance to his opponents, and nothing’s changed there. Now, the other Clips are picking up on this grittiness, which should couple well with their defensive mindset. However, will this gritty type of play benefit the team consistently enough in the long run?

During their matchup against the Golden State Warriors on Christmas day, Blake Griffin was ejected from the game. Was the ejection earned? Not by Griffin, but it did build a healthy rivalry between the two teams. That game just adds more fuel to the developing grittiness of the Clippers. The altercations during that game were good for the Clips to experience, and good for basketball because of the rivalry it has created.  When they took on the Portland Trailblazers recently, they lost a hard-fought battle, where the Clips were scrambling for rebounds and loose balls, locking down on defense, and basically showing us that they’re hungry. They protected the ball, only turning it over five times in the contest, and robbed the ball from the Blazers 16 times. The Clips also held the Blazers to 36.1 percent from beyond the arc. On the other hand, they were out-rebounded by 12 boards, and racked up more fouls.

Some may think that the Clips are playing out of their element, or are playing the wrong type of game. Well, to be the best, you have to have grit and toughness in your system, and the Clippers are developing that. That being said, they could still cut back on the flopping a bit.  So, this is how the Clips are moving into the New Year: they’re getting down Doc’s strong-side defensive system, their stars continue to improve, and they’ve developed a never back down attitude. It’s true that tough ain’t enough, but it sure is an essential part of the puzzle.