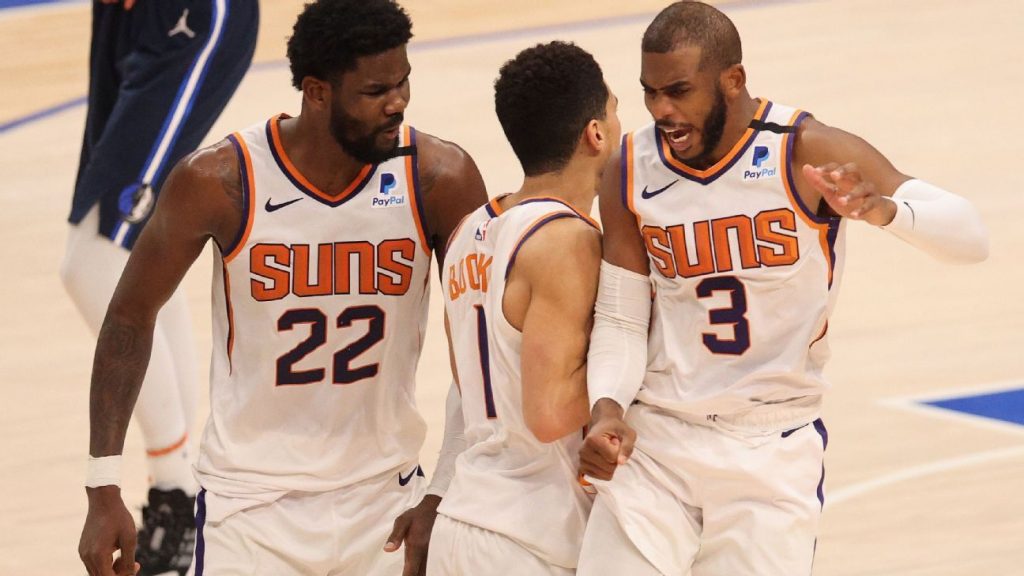 The NBA season in 2021-22 is well beyond halfway, and significant events such as the end of the transfer window and the All-Star Game are about a month away. As a result, it is a perfect moment to reboot and take a broad view of the league. And, more specifically, where teams sit in the championship battle. Top teams like the Miami Heat and Golden State Warriors dominated the NBA for much of the last decade, but there is now a lot of competition due to a mix of player movement, injuries, and COVID-19. Each conference has many teams with a real shot at winning it all, which isn’t usually the case.

The scenario for the Phoenix Suns in NBA championship chances is simple now that they’ve made it to an NBA final. After winning seven straight games, the reigning Western Conference champions have risen to the top of most NBA power rankings. If you log in to most online betting sites using a link such as fun88 login and go through the NBA odds section, you’ll notice that Phoenix Suns are currently considered the NBA title favorites. Having Chris Paul back in the mix, a combination of Paul, Devin Booker, and Deandre Ayton is a highly appealing one, especially given their performance in the NBA playoffs in 2020-21. The Suns are presently the top team with a 39-9 record. It’s an excellent squad that should be able to make another long run in the playoffs.

The Warriors may no longer have Durant on their roster, but that hasn’t prevented them from being tipped among the favorites to win another NBA championship this season. Klay Thompson got sidelined for the entire 2020/21 season after injuring his Achilles against the Lakers, and he made his long-awaited return nearly 900 days after his previous appearance. Steph Curry, who is averaging 26-5-6 this season, is among, if not the finest overall player in the NBA for Golden State. They’re 36-13 so far, which puts them in second place in the Western Conference, with Golden State having the league’s second-best performance on top of that.

Kyle Lowry’s addition to the Heat’s roster, which now features Lowry, Jimmy Butler, Tyler Herro, Bam Adebayo, Victor Oladipo, and Duncan Robinson, was a considerable boost. They acquired P.J. Tucker from the Bucks in an under-the-radar deal, benefiting the defense. It is suddenly a far superior group than that which reached the NBA Finals on the cusp of the 2019-20 season. The Miami Heat are now sixth in the NBA in net rating, fourth in offensive rating, and seventh in defensive rating, with the NBA’s second-best three-point percentage. By accessing online casinos using a button like fun88 login, you’ll note that Miami’s odds have slowly decreased as the club has climbed to first place in the East with a record of 32-17.

Naturally, no debate on the title race would be complete without addressing the Los Angeles Lakers. They don’t deserve this honor based on their performance on the court this season, but they’re still the Lakers, and LeBron James and Anthony Davis are still on the roster. It would not be very smart to count them out entirely because of their high-end talent. They’ll still have a shot if those two remain healthy in the playoffs. If they get in.