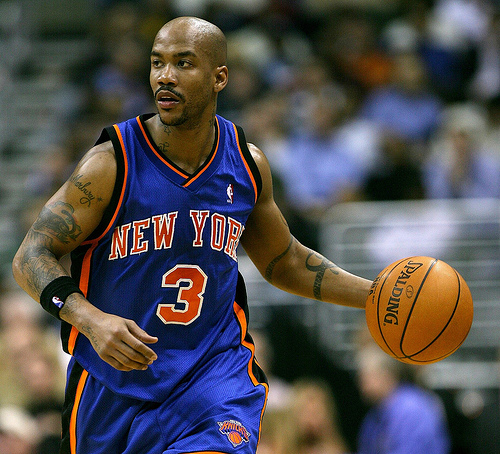 Former NBA player Stephon Marbury owes $35,700 on a Land Rover, Ford Motors claims in a collections complaint in Superior Court. Ford Motor Credit Co. sued the pro ballplayer – now with the Beijing Ducks -on Wednesday.The lawsuit does not identify him as the ballplayer, but the defendant is Stephon X. Marbury. The ballplayer’s middle name is Xavier. Marbury was drafted 4th overall by the Milwaukee Bucks in 1996, then traded to the Minnesota Timberwolves. He made the NBA All-Star team in 2001 and 2003. A 6-foot-2 shooting guard, he won a championship with the Beijing Ducks in 2012, in the Chinese Basketball Association. Courthouse News