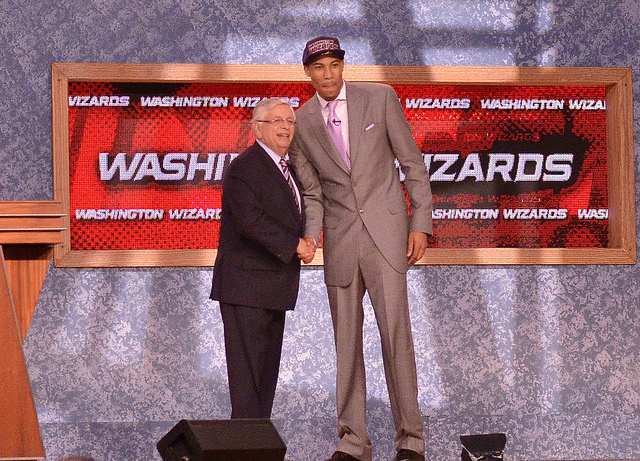 Team executives are encouraged by a growing perception that incoming commissioner Adam Silver will be more open minded than his predecessor, David Stern, who will hand the reins to Silver on Feb. 1. Though there’s little consensus on an idea floated to replace the draft lottery with a “wheel” concept that would lock in the draft order regardless of record, executives view the proposal as a sign of Silver’s flexibility and willingness to buck conventional wisdom. Optimism about Silver’s willingness to listen to ideas is so widespread that one longtime exec mentioned a bold idea that is starting to make the rounds in front-office circles: a midseason, single-elimination tournament involving the four teams with the best records at the All-Star break. The games wouldn’t count in the regular season standings, but would serve as a much-needed entertainment boost as the league tries to ratchet up interest for the second half. The concept hasn’t made it beyond casual conversation, nor has another idea that’s gaining traction among front-office types: filling the 16-team playoff bracket with the best 16 teams regardless of conference. With every NBA team flying charter instead of commercial, the potential inconvenience of first-round series pitting Eastern vs. Western conference teams would be minimized. A new playoff format also would guard against this season’s preponderance of playoff-worthy teams residing in the West. CBSSports.com