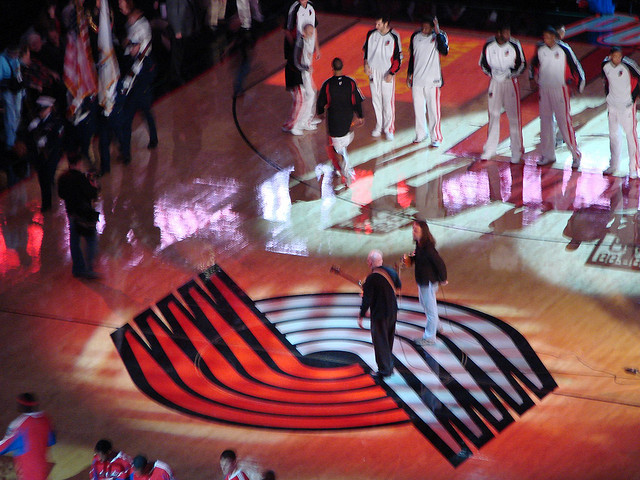 LaMarcus Aldridge broke the news to the great Kerry Eggers over at the Portland Tribune that he wanted to get an extension done, he said he felt it was just time to address his future desires publicly.

“I just decided to say it,” Aldridge told CSNNW.com. “I couldn’t tell you when I wanted to commit here. All I know is that I want to be here. I didn’t have that moment or anything like that, and I don’t know when I started to feel like this. But I want to be here.”

Up until this news surfaced, Aldridge refused to discuss his future in Portland and often gave the “I just want to focus on the now” response. He was discontent with the way Portland finished last season off and reports of him wanting out shortly followed.

General manager Neil Olshey went to work, swooping up Robin Lopez and Thomas Robinson for basically nothing. Dorell Wright and Mo Williams were also added, resulting in a surprising 28-9 record.

So when Aldridge was asked what made him change his non-committal stance on Portland, his reply was predictable and understandable.

“Because the team is better,” he said. “We’re headed in the right direction. We should be in the championship picture in a couple of years if we keep improving. That’s what I want. I want to win and we’re winning now. I’m happy.” CSNNW.com