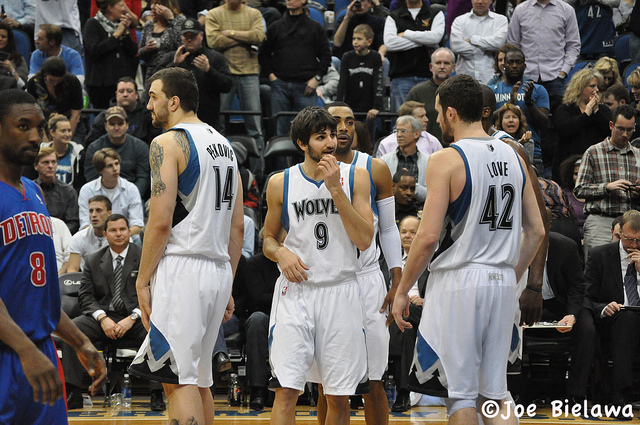 Ricky Rubio is on pace to become the worst shooter in the modern history of the NBA. In a league that has had thousands of players since its inception – including shooting phenoms such as Rajon Rondo, Nikoloz Tskitishvili (look him up) and many two-hand heave pre-jump shot shooters – how could Rubio be the worst ever? Simple, almost every aspect of his shot is flawed. Anytime the label of “worst ever” is attached to a player’s name, it is not to be taken lightly.

And if becoming the “worst ever” wasn’t bad enough, Rubio is also on pace to have one of the worst individual shooting seasons ever as well. Rubio currently ranks 385th in field-goal percentage with a points per possession of 1.07, a lower output than PG Brian Roberts of New Orleans. Who? Exactly my point. HoopsHype