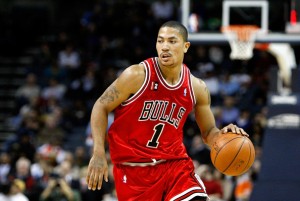 Derrick Rose issued a statement Thursday that he’d like to be ready to play for USA Basketball in this summer’s FIBA World Cup in Spain, and according to a source close to the situation, because Rose is ahead of schedule in his recovery from knee surgery, he will.

Rose tore the meniscus in his right knee on Nov. 22. The Bulls immediately ruled him out for the season.

He started shooting and taking part in two-a-day workouts during the last week, but his status in returning this NBA season hasn’t changed.

This summer will be a different story after he was one of 28 players named for the 2014-16 USA national team pool Thursday. Chicago Sun-Times

If he’s this certain about playing for Team USA, he’s coming back in time for the NBA playoffs too, right? – AL