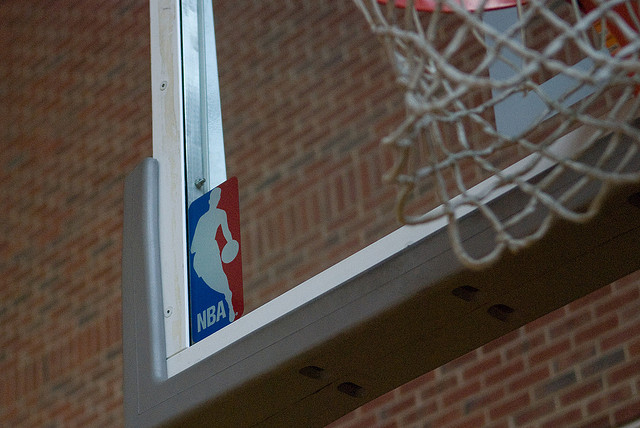 The 2013-14 NBA season has been full of compelling storylines, good basketball and surprising teams. However, the season has also been marred by some teams who just aren’t living up to expectations, teams who have struggled with consistency or certain aspects of their game. While the feel-good stories help, watching teams who were expected to challenge for the title struggle is tough.

These teams are some of the most disappointing thus far:

After acquiring Paul Pierce, Kevin Garnett and Jason Terry in a blockbuster deal with the Boston Celtics, many believed the new-look Nets could challenge the Miami Heat in the Eastern Conference. However, things got off to a slow and ugly start and the Nets went an abysmal 5-12 in the first month of the season. Added to the slow start the team lost their rock in the middle, center Brook Lopez, to a season-ending foot injury, and dealt with a rash of injuries to key players including Pierce and point guard Deron Williams.

While the team was a mess on the court, they were also a mess off it. Head coach Jason Kidd removed lead assistant Lawrence Frank from the sidelines early in the season. To add to Kidd’s tough start, he was fined for his role in “Spill-Gate”—an act to get an extra timeout by having a player bump into him causing him to spill his soda. There were many people calling for Kidd to be removed from the sidelines, as they viewed he was not fit or ready to be a head coach just months removed from retiring.

However, when the calendar turned to January, Kidd and the Nets turned things around. They pulled off a hot 10-3 record for the month, thanks in large part to their improvements on the defensive side of the ball. They improved in almost every statistical category, and have begun to show why they were considered a threat going into the season. While they’re playing better, they still face an uphill climb, which is one of the many reasons they check in first on this list.

Like their crosstown rival Nets, the Knicks have been a huge disappointment to many this season. Coming off a year in which they won 54 games and were the No. 2 seed in the Eastern Conference, hopes were high for the Carmelo Anthony-led Knicks. However, things haven’t gone according to plan at all, leading to a frustrated fan base and increased talk of Anthony leaving New York when he becomes a free agent after this season.

From the start of the season, the Knicks have struggled on both sides of the ball, most notably on the defensive end. After sitting in the middle of the pack last season in defensive rating, New York has fallen to 23rd in the league, giving up 2.3 more points per 100 possessions through 47 games. While some of this can be attributed to an injury to their defensive anchor in Tyson Chandler, it can also be viewed as a team-wide issue, with players seemingly taking possessions off defensively.

They’ve had their fair share of injuries, which have hurt the team, but their inconsistent and poor play has been more of a culprit. Carmelo, who’s having arguably one of his best years, can only take the team so far. They need to find someone—maybe even a few someones—who can help Anthony fast, or they could find themselves on the outside looking in when the playoffs roll around.

Coming into the season, many people (myself included) believed the Timberwolves would be fighting for one of the final spots in the Western Conference playoffs. While they are, sitting just 3.5 games out of the eighth seed, they have been less than impressive for much of the first half. While Kevin Love is putting up big numbers, his teammates have struggled in helping him out. Ricky Rubio hasn’t grown enough offensively, and while his playmaking is huge for the team, his inability to score is hurting them even more.

Unlike the New York duo, the Timberwolves have been consistent defensively. They sit 11th in the league in defensive rating, and have not given up more than 105.4 points per 100 possessions in any month this season. While their defense hasn’t been an issue for them, their production off the bench has. After finishing 13th in bench scoring last season, Minnesota currently ranks 27th, averaging roughly nine points less per game.

Another big struggle for the Wolves has been their inability to win close games. In games within five points in the final five minutes of play, Minnesota has been dreadful, putting up a 2-17 record in those games. If they’re able to find a way to improve their bench around the trade deadline while improving their record in close games, they could make a late push for one of the final few playoff spots in the Western Conference.

Some believed this Cavaliers team, coming off their second No. 1 pick in three years, was ready to make the big jump. However, the turmoil-riddled season continues to get worse and worse for the team. After the Andrew Bynum experiment flopped, and he was traded for Luol Deng, there was hope that it could turn the team around. However, it’s done the opposite, as the team has gone into a drama-filled tailspin of late. Kyrie Irving reportedly wants out, Dion Waiters isn’t wanted and the team can’t find any consistency playing together.

They’ve constantly been below average on both offense and defense, but their biggest struggles have come on the offensive end. They currently sit 24th in the league in offensive rating, and haven’t scored more than 101 points per 100 possessions in any month thus far. Furthermore, they’ve struggled shooting the ball, posting effective field goal percentages below 48 percent in each month, with their true shooting percentages below 52 percent in each month as well.

Added to their struggles offensively has been the poor play from No. 1 overall pick Anthony Bennett. The selection shocked almost everyone, and after missing much of the offseason with a shoulder injury, Bennett has struggled to get into game shape and be consistent on either end. People are already jumping on him and are ready to label him a bust. Is it too early for the Cavaliers to give up on him? Probably. Do they need to make a move if they hope to turn this whole thing around and get on the pathway to the playoffs? Yes.

The Bulls are possibly the most interesting team on this list, mostly because their struggles have been due to their injuries. With former MVP Derrick Rose poised to return, the Bulls were expected to jump back up into the heart of contention in the Eastern Conference. However, that backfired when Rose went down with a torn meniscus just 11 games into his year, an injury that would require season-ending surgery. While he hasn’t officially been ruled out for the remainder of the season, many believe he will not be back until camp next year.

Compound Rose’s health with injuries to Jimmy Butler, Joakim Noah and Kirk Hinrich and you have the biggest issue of the Bulls season. Injuries aside, the team has been inconsistent. While they’re still one of the top defensive teams in the league—currently sitting second in defensive rating—they’ve struggled throughout the season offensively. They posted their best offensive rating in a single month in January at 101.9, but they still rank a paltry 28th in the league.

Chicago will most likely hang on and make the playoffs in the weak Eastern Conference, and they could be one of the more dangerous teams come playoff time. A couple of moves around the trade deadline wouldn’t be out of the question, and that has the potential to make them even more dangerous. While some view the season as a lost cause, the Bulls can make something out of nothing, and turn this turmoil-filled season into something special.