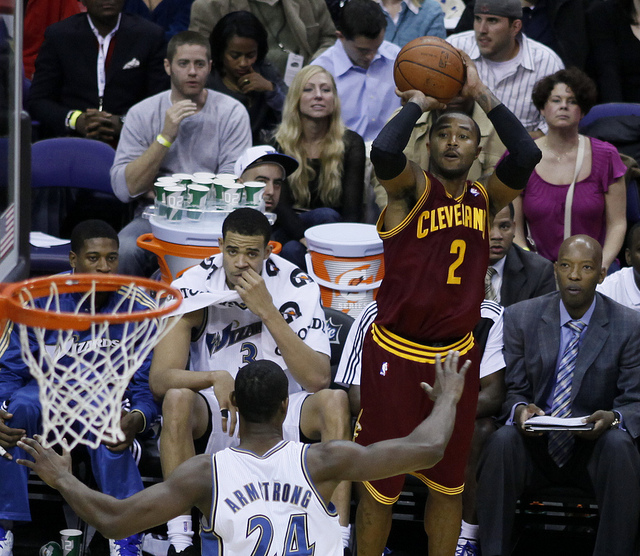 They say that cream rises to the top. Unfortunately, other things float as well.

With over seven billion people living on Earth, there are a lot of potential basketball stars. While the international game has developed, even the 12th man on the worst team in the NBA represents one of the top 500 players on the planet. The annual NBA All-Star Game further narrows that group to supposedly the best 24 ball players around.

However, sentimental selections from coaches and less than intelligent fan voting lead to players making the roster that should have watched the game from home.

While most years’ rosters “surprises” are usually in the first few players that would have been considered either way, there have been a number of examples over the years in which a player’s inclusion was probably a mistake. The following list highlights the 10 most egregious selections in the past 30 years (in order of least to most embarrassing).

NBA legend Kareem probably shouldn’t be on any least-deserving list when it comes to basketball accomplishments. However, his final two selections to the All-Star team had more to do with his long-term contributions to the game and a goodbye tour than his on-court contributions. He had slowed down considerably and at times wouldn’t even make it across half court before a play concluded. Saying goodbye to a legend is a bittersweet emotion and these games didn’t help.

Many of the players that almost made this list put up less impressive numbers overall but were major contributors on defense. Williams was a decent sidekick to LeBron James in Cleveland but was never more than a lower-tier second or third option on offense, a tweener guard, and a below average defender. He’s had a terrific career but didn’t deserve an All-Star spot.

The All-Star Game features superstars that excel on both ends of the court, or the exception that excels on one side only. Occasionally, a player sneaks in that is a complimentary player on offense. Earlier in Lewis’ career, he was closer to a dominant offensive player and earned his inclusion. But in Orlando, he played second fiddle to Dwight Howard and was mostly a spot-up shooter. His defense wasn’t All-Star worthy and at this point in his career, neither was his offense.

One of the more unique big men from the 2000s, Miller was a gifted passer and stretch big man who also wasn’t afraid to do the dirty work. He perfected this role later in his career as a Sacramento King but wasn’t quite All-Star worthy his final season in Indiana. With his offensive role still not honed, his defense should have carried him into the game. Unfortunately, as a defender, he tried hard but was physically limited.

Kobe Bryant is arguably one of the 10 greatest players in NBA history. He has been a perennial All-Star and there is little he doesn’t do well. That being said, his selection is 1998 was premature and undeserved. Fans were obviously excited by his athleticism and potential and voted him into the game. While it was a great first game for Bryant, his bench role as a Laker as well as his inefficient shooting and turnovers should have delayed his debut for a couple years.

For some reason, coaches felt the 1998 Lakers deserved four All-Stars and added Van Exel to the team. Van Exel had an up and down career but there were a few seasons in which a case could be made for including an entertaining, sometimes shot-happy and defensively challenged scorer. A year in which he shot poorly and mostly deferred to more talented teammates wasn’t one of them.

While defensive studs deserve recognition on All-Star teams, the era in which Green played had too many other deserving All-Stars to include him. Had Green played with any other team than the Lakers, he would have been respected as a defensive role player who knew how to stay out of the way on offense. Coaches frequently overvalue role players on great teams and Green’s inclusion was an example of this particularly annoying habit.

The late Kevin Duckworth was one of the best mid-range shooters at the center position over the last 30 years. As a big body he took up space inside as a decent man defender but was an average rebounder and very poor shot blocker. The Blazers were one of the best teams of the ’90s and Duckworth was a big part of their success but he shouldn’t have been an All-Star.

Donaldson was the textbook example of All-Star Game insistence on including enough big men. While the new rule eliminating the center spot can potentially harm deserving big men from making the roster, it’s better than feeling obligated to include tall guys that do a good job of using their size. Donaldson was a long-time contributor in the league and the kind of player every team needed to have. Every team, that is, except the All-Star team.

Obviously, the Chicago Bulls were the dominant team of the ’90s. Apparently, some fans confused that with Armstrong’s individual contributions. He was a decent player that could score when given the opportunity but he never again sniffed an All-Star appearance. His career headed south as soon as he found himself without wingmen like Michael Jordan and Scottie Pippen.