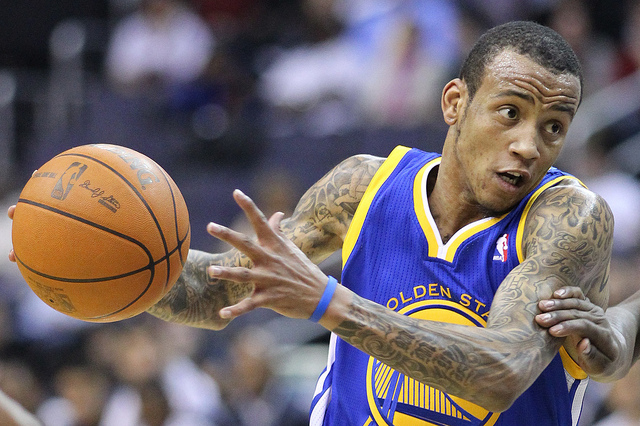 As they say, always a bridesmaid and never the bride (or whatever the equivalent sports metaphor would be).

NBA All-Star Weekend is right around the corner and with the recent announcement of the main attraction’s roster, the annual debate of the most prominent snubs has begun. Each conference’s team, featuring five starters voted by fans and seven reserves selected by the coaches, is supposed to represent the NBA’s best players. At least, that’s the theory. Unfortunately, the reality is that many fans vote with their hearts instead of their heads and inevitably a few less deserving players (Kobe Bryant and Kyrie Irving) make the roster on account of their popularity outweighing their production. Add in at least one coach’s selection of a long-time veteran (Dirk Nowitzki) whose career accomplishments serve as emotional tie-breakers and the open spots on a 12-man roster shrink considerably.

With no established criteria for selecting All-Stars and more players potentially deserving spots than there are spots available, every year leaves a few star-level talents out in the cold. This list is usually filled with younger players from rebuilding teams and many of these All-Star snubs develop into All-Star studs before the end of their careers. Sadly, there are the select few who only ever taste the bitterness of disappointment. This list features the 10 most talented players of the last 30 years to never (at least not yet) receive the honor of NBA All-Star (in order of least to most “snubbed”).

For all of the debate regarding Rudy’s less than exemplary advanced metric success, he is an extremely consistent scorer with few major weaknesses in his game. He is one of only two players in the NBA’s 100 best all-time per-game scorers without an All-Star Game appearance. Gay struggled with efficiency his final season in Memphis and in Toronto, and added to his reputation as a chucker who doesn’t use his considerable physical skills on defense as often as he should. But he’s having a career resurgence so far in Sacramento. He is also a prime example of a very good player who has played on good teams but not great teams deserving of multiple candidates.

Should have replaced: Tim Duncan

Jefferson is a shining example of talented player with impressive stats toiling away on less than impressive teams. Fans, coaches and front offices have always struggled to separate a player’s individual performance from the team’s inability to win and that is often reflected in omissions from All-Star teams. In Al’s case, he has utilized his impressive low post skills and physical strength in 668 regular season games to consistently finish among the top scorers and rebounders each season. Unfortunately, he’s also only appeared in seven total playoff games over the same career. No playoffs equals no All-Star.

Should have replaced: Nobody

If talent and physical attributes were enough to guarantee stardom, Josh Smith would be a perennial All-Star. Unfortunately, there is a mental aspect of the game that either pushes those natural skills to new heights or holds them back from reaching their potential. He has always been a versatile athlete, underrated passer and terrific shot blocker. When he focuses on utilizing those skills, his individual performance soars and his teams win. For whatever reason, Smith has decided he is a three-point shooter who sadly doesn’t make threes. Couple that with inconsistent effort on the defensive end and his considerable skills (and All-Star prospects) are in danger of fading away.

Should have replaced: Al Horford

Monta Ellis possesses the highest scoring average without an All-Star appearance in league history. Monta can score. There was a time when he showed glimpses of being able to do so with terrific efficiency. Then the moped thing happened. He came back from that injury and slowly developed into an unconscious gunner with diminishing efficiency. One of the most promising young guards in the league failed to develop into the surefire All-Star many had predicted. As his performance declined, his teams also failed to reach postseason success. This season in Dallas, his efficiency is much improved and he is demonstrating better decision making skills. While he may never receive an All-Star invite, he’s making major progress in rebuilding his reputation and career.

Should have replaced: David West

Before finishing his career as a mostly ground-bound defensive player for champion caliber teams, Harper was a high flyer capable of compiling impressive stats. He exploded on the scene in 1987, finishing second in Rookie of the Year voting. and looked poised to be a major part of a star-studded team in Cleveland. However, concerns over off-court behavior led to Harper being traded to the Clippers, where he suffered a major knee injury that robbed him of his explosiveness. To his credit, he bounced back with a number of statistically impressive years in Los Angeles and ended his career as a valuable role player, but too many fans missed out on a potential high-flying career.

Should have replaced: Injured

For Marcus Camby’s first seven years in the league, he never played more than 63 games and his time spent off the court overshadowed what he could do on it. Rail thin, Camby was always a dominant shot blocker, terrific rebounder and highly underrated passer. At almost 30 years old, when most bigs may start to break down, he finally put together a stretch of healthy seasons and was a contributor into his late 30s, which may be as big a surprise as being the only Defensive Player of the Year never to play in an All-Star game.

Should have replaced: Mehmet Okur

The early 2000s Sacramento Kings were one of the most exciting and talented squads of the last 30 years. Chris Webber, Peja Stojakovic and Vlade Divac were all recognized as All Stars during the team’s run, but the fourth star talent from that team, Mike Bibby, never made the cut. In many ways, it was the abundance of talent of his teammates that prevented him from making the big game, as his ability to score, especially in the clutch, were All-Star worthy. His stats were probably held back due to so many other talented scorers and passers being on the team, and unfortunately his abilities declined rapidly in his career for a player who never relied on his quickness or athleticism.

Should have replaced: Rashard Lewis

Defensive big men are usually given consideration for All-Star games while a number of stellar defensive guards (Michael Cooper, Tony Allen, etc.) seem to never even enter the snub discussion. Derek Harper was a defensive stud from the ’80s and ’90s that also contributed as an effective floor leader and underrated scorer. He helped shut down the opposing team’s top guards while also pacing a dynamic Mavericks offense that just missed a number of deeper postseason runs due to the Lakers.

Should have replaced: A.C. Green

Petrovic is one of the saddest stories in NBA history. After being buried on the bench in Portland to start his career, he moved on to New Jersey where he quickly became one of the most dangerous scorers in the league. He played with a chip on his shoulder and displayed a willingness to take big shots and the ability to hit them. His career and the fortunes of the young Nets appeared ready to soar. Sadly, at just 28 years old, Drazen was tragically killed in a car accident, ending a life and career far too soon.

Should have replaced: Larry Nance

Most people remember Rod Strickland for his attitude and off-court distractions, which is a shame as he was an extremely talented point guard in an era filled with terrific floor leaders. In fact, it was the competition at the point guard position that was a bigger problem for Rod’s All-Star prospects than his behavior. His quickness, craftiness and surprising strength helped Rod to put together an impressive career both during the regular season and in a number of postseason appearances. Regardless of how Strickland behaved off the court, he was a great passer and more than effective scorer for a number of teams.

Should have replaced: Rik Smits