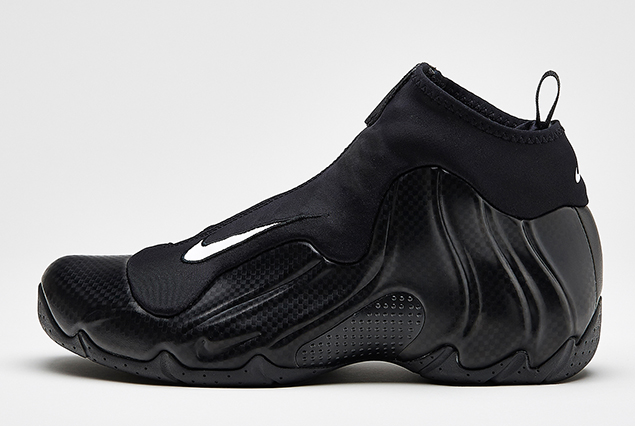 The ’90s served as a period for glorious invention and reinvention of Nike Basketball footwear. Bold experiments in style and innovation brought us classics, with staying power. Perhaps, no sneaker better captures that sense of nostalgia than the Air Flightposite – a former hardwood classic turned urban staple that teeters the line between street and tech.

Meant to mirror a carbon fiber finish, the silhouette’s upper stays true to tonality with a range of black-on-black materials. No detail has been sacrificed to maintain the look and feel of the original. The lone contrast comes in the form of two white Swooshes on the heel and shell; both of which were featured on the same colored Air Flightposite model in 1999. 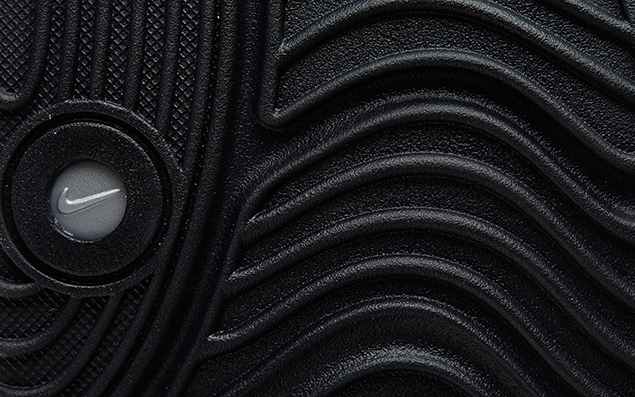 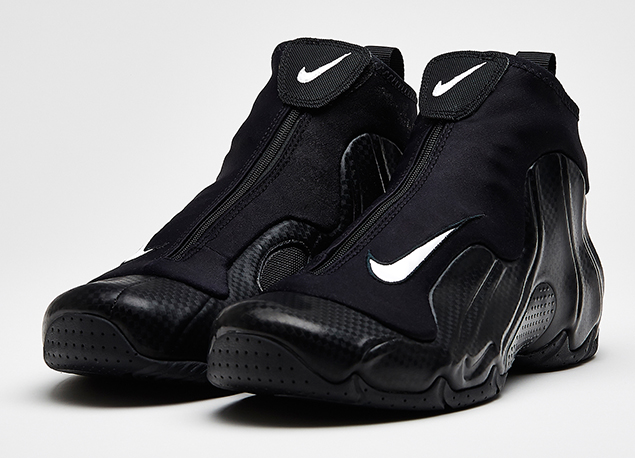 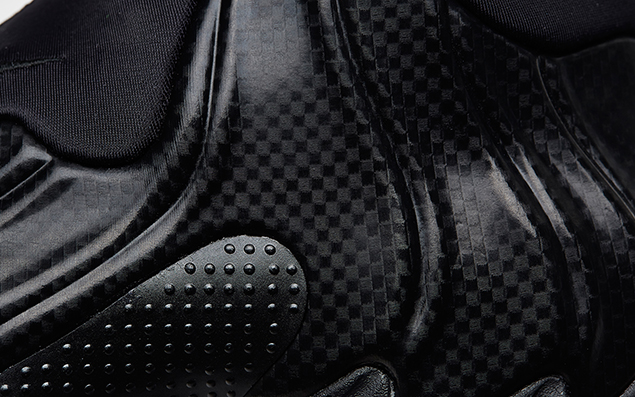