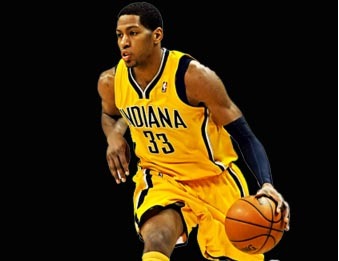 When the curtain went up on Sunday’s Sixers practice there was no sign of Danny Granger. Brett Brown confirmed that Granger, formerly of the Indiana Pacers, had not attended the practice.

“Sam [Hinkie] has met with him,” Brown explained. “He has done his physical. He will come back and I will sit down with him for the first time now that the physicals have been had and talk with him.”

There is very much a feeling that Granger would like a buyout from the Sixers and one league source says the Sixers would be willing to negotiate that. CSN Philly

Rumors are already swirling about potential destinations for Granger after the buyout is completed. The Spurs and Heat are heavy favorites for his services but it’s hard to imagine him playing well based on his performance with the Pacers this season.