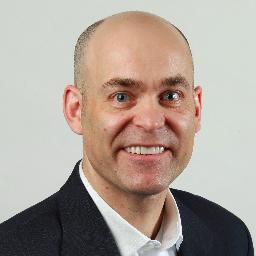 PER: The player efficiency rating, or the holy grail of NBA stat junkies.

Ever since former ESPN writer-turned Memphis Grizzlies executive John Hollinger created the all-in-one statistic, analysts have touted this formulaic wonder as the standard for judging players. But despite its accuracy, PER plays only a small part in the greater scheme of things for NBA executives

The average player in the top 20 has a PER of 24.1, which equates to Dirk Nowitzki’s level of performance, but gets paid about as much as the Charlotte Bobcats’ Al Jefferson, which is roughly $13 million. Because some players get signed to huge deals and improve on their already impressive statistics, the front offices look like geniuses when they get an even better return on their investment. Conversely, teams often sign players with huge expectations that flounder.

In some cases, salaries in comparison to PER gives an insight into how promising a team can really be in the long haul. Let’s take a look at the top 20 players in the league according to their PER to see if they play what their wage dictates.

In this article, we will be reviewing those players that are efficient by PER standards, but we will nitpick and see if a team’s investment holds up to the next top 20 player.

These six NBA superstars are the pinnacle of both production and earned salaries. They’ve earned it. Aside from the 24-year-old Blake Griffin, these players are veterans who are as productive as ever and getting paid like it.

Even though the front offices of the respective teams are proud to invest in players of such high caliber, they’re overpaid in comparison to the rest of the top 20. Regardless, the teams who have a player in this category, with except the New York Knicks, have a winning percentage of .581 of better. This indicates the front office’s trust in the player to improve those around them.

And although the Knicks look downtrodden this season, you don’t have to look far back to realize that the team has been surprisingly productive ever since they acquired Carmelo Anthony via trade from the Denver Nuggets. In fact, Anthony has never missed the playoffs in his NBA career, making this season the exception rather than the rule.

Despite having the second-largest contract of these six players, Dwight Howard, who signed with the Houston Rockets last offseason, is the least efficient. The front office is undoubtedly happy with the result of the free-agency signing given that the team is near the top of the Western Conference standings. But from a front office efficiency standpoint, the executives may have slightly overpaid given that most other players do more while earning slightly less.  Still, this is a premium for signing one of the best centers in the league.

These players make both fans and front offices happy. The players are more efficient than any of the other two categories and most of these players are in their prime. Even 38-year-old San Antonio Spur Tim Duncan, who by all accounts should have dropped in production based on age seasons ago, has found the proverbial fountain of youth. What’s more, San Antonio is not paying him like a young Duncan, making the move to sign Duncan for $10 million a smart and frugal decision.

This is also the case with LeBron James, who isn’t as old as Duncan but is getting paid marginally less than he should. Even though James has one of the largest salaries in the NBA, $19 million, he is producing at a level so high that his return mirrors Houston Rocket James Harden, who is earning $6 million less than the two-time NBA champion. The same goes for Kevin Durant, the most efficient player of the bunch according to PER, who is earning $17 million for a 30.6 PER

The Future Looks Bright and Lucrative (For Most)

These six underling stars have just come into fruition in the past few years and they’ll definitely get noticed more as they get more notches in the belt. They’ll also get more money along the way. Being considered a top 20 player according to PER is great for any basketball player, but this category of player probably also wishes that they get paid like the Dirk Nowitzkis and Dwyane Wades of the NBA.

Paul George became a breakout star almost overnight with the Indiana Pacers which eventually made the once-revered Danny Granger expendable, as his journey in Indiana concluded with a midseason trade to the Philadelphia 76ers. Part of the reason, if not the primary reason, Indiana traded Granger was because of his astronomically high salary in comparison to George’s. Now, the Indiana Pacers maintain the production of a younger Danny Granger without the salary of the old one. George will soon get his big payday: he’s due $15,800,000 for the 2014-15 season.

One thing to note is that the Sacramento Kings, as abysmally depressing as their record has been, does have two players in the top 20 in Isaiah Thomas and DeMarcus Cousins. Sacramento is currently shelling out $4,916,974 this season for Cousins’ 25.6 PER. In comparison, the Los Angeles Clippers are paying Chris Paul $18 million for roughly the same production.

You have to admire such a high level of performance, especially for a young team in Sacramento. Though their future looks promising, the Kings should be cautious of how they handle their imminent salary issues. Sacramento’s front office might end up in a proverbial catch-22 of free agency. They have both Cousins and Thomas to attend to. Signing both young players to lucrative deals to match their production might result in breaking up part of the current team.

Cousins is already locked in to earn $13 million next season but Thomas doesn’t have that guarantee yet. Rudy Gay’s player option for the 2014-15 season worth $19 million might be the difference between a solid future or an abrupt breakup for the Kings. Sacramento might bite the bullet and sign Thomas to a lucrative deal, while keeping Gay and Cousins for a collective $32 million, but might be unable to sign crucial role players.

Of course, this statistic is not PERfect (sorry, I couldn’t help myself). The statistic fails to recognize the intangibles such as leadership qualities and behavioral issues. This shifts the focus back to the front office: sure, DeMarcus Cousins and Chris Paul are equally efficient on the court, but who would a franchise rather sign to build a team around? Plenty of these factors must be taken into account during free agency.  NBA executives should be careful when maximizing their own efficiency to provide their city with both a productive and salary cap-minded squad.