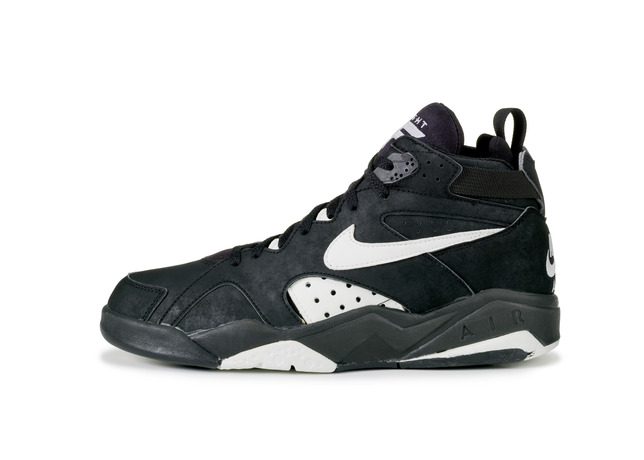 Rewind back to Nike’s Holiday 1992 footwear lineup and you’ll come across a hidden gem that plays an influential role in basketball shoe design to this day. Without fanfare, advertising or mega-athlete endorsements, the Nike Air Maestro Flight I cements itself as one of Nike Basketball’s all-time best performance sneakers.

Ask any player of this era who wore the shoe and you’ll hear extremely consistent feedback. The shoe was a performance marvel, making an immediate impact with its sock-like inner bootie, ultra lightweight, unbeatable traction and indescribable “it” factor. 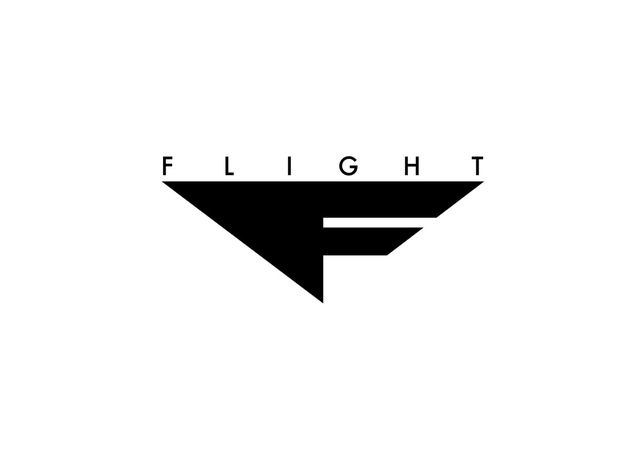 BORN ON THE COURTS

The Nike Air Maestro Flight I debuted in October 1992, coincidentally on the heels of the Dream Team winning gold in Barcelona. The game’s international appeal was growing at unprecedented levels. Basketball was scorching hot.

Twenty years after its 1972 infancy, Nike hit its basketball stride with a distinct strategy led by the “Force” line of shoes designed for bigger power players, and the “Flight” line for quick, speedy players. The Nike Air Maestro Flight I fell in the Flight family, building on the popularity established in 1990 with the Nike Air Solo Flight and Nike Air Flight Lite.

Professionals including Scottie Pippen, Ron Harper and John Stockton gravitated towards the Nike Air Maestro Flight I as the ’92-’93 season kicked off in October. Their feedback was instantaneous and positive; they requested league-friendly colorways in addition to the traditional black-white blocking.  At this time, player-edition versions in team colors beyond the traditional launch colorways found in stores were just coming into existence.

As the Maestro took shape on the pro hardwood, a young college playmaker also gravitated towards the shoe. Jason Kidd, wearing the Maestro in white-blue, dethroned Duke in the tournament while making headlines throughout his freshman year at Cal. 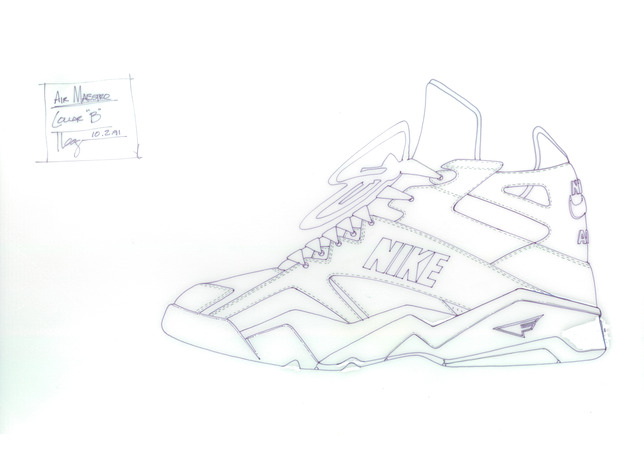 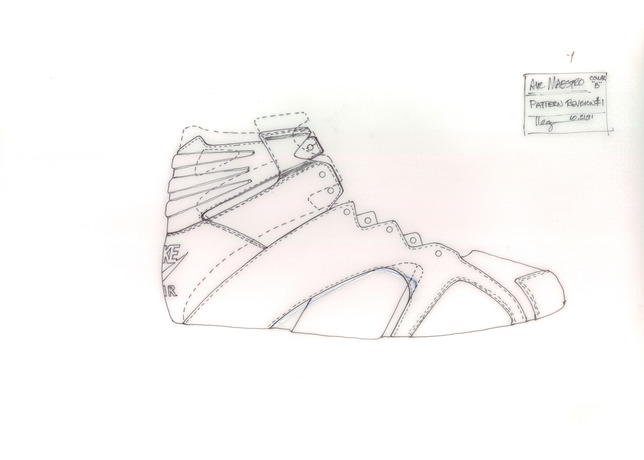 Designer Tracy Teague took an unconventional approach to the Maestro, stripping away all unnecessary weight and bulk. Teague’s workmanlike approach shined through as he delivered for athletes seeking a shoe that moved naturally with the foot.

An exoskeleton design with form-fitting inner bootie, Nike Air cushioning, an ankle strap and a galactic-inspired traction pattern were refined in the design review. But there was still something missing. Teague decided to defy convention and shed weight with a synthetic leather called Durabuck. This was a pivotal change — marking one of the brand’s first synthetic leather basketball shoes at a time when full-grain leather was the norm. The new Durabuck material and sock-like inner bootie provided a breathable and comfortable alternative.  To top it off, the shoe was one of the first basketball shoes to feature a Phylon midsole providing a lightweight, yet responsive, cushioning system with the Nike Air unit in the heel.

The shoe, in its trademark black-and-white, became a cult classic. Revered for its simplicity, it was purely based on function and rooted in Teague’s industrial design background. At approximately 12 ounces, it was the lightest Nike Basketball shoe of the season and one of the brand’s lightest ever.  The dark horse of the Holiday ’92 lineup, it provided a blueprint for future innovation in basketball footwear. Current Nike Basketball shoes such as the Nike Zoom HyperRev draw inspiration from the intuitive fit and feel established by the Nike Air Maestro Flight I more than 20 years ago.

Nike Basketball Footwear Design Director Leo Chang, designer of the HyperRev and known for his work on Kevin Durant’s signature shoes, understands the importance of the Maestro and legacy of the Flight line. The HyperRev is like a rocket sock that directly builds on the superior fit established in 1992 by the Nike Air Maestro Flight I. Progression isn’t forgetting the past, it’s learning from it. 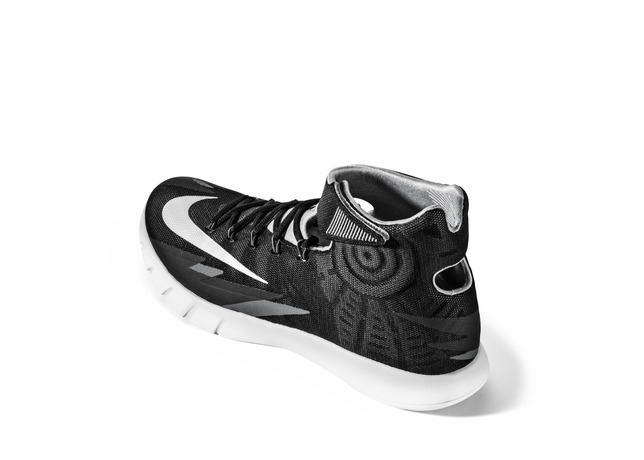 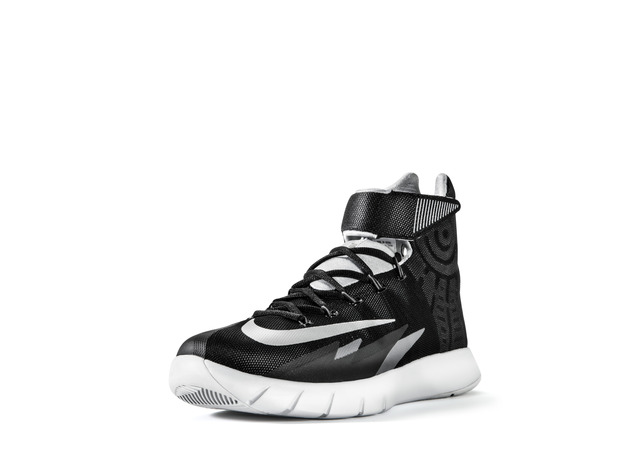 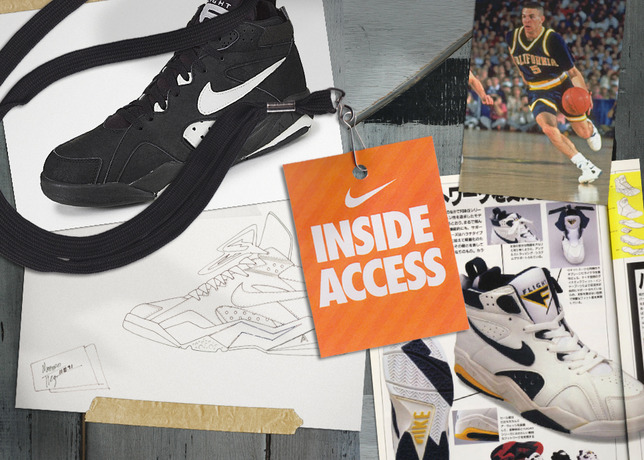