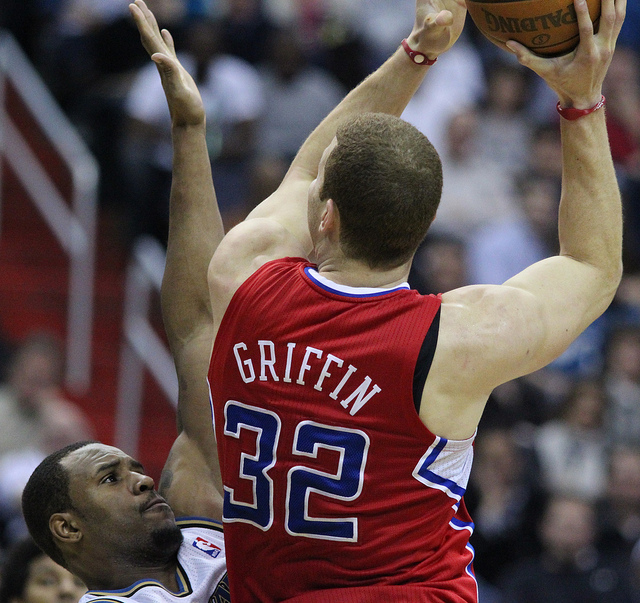 The Sacramento Kings have an unfortunate tendency of losing focus in close game situations and dropping their effectiveness in all aspects of basketball. In another closely contested match-up with the Los Angeles Clippers on Saturday, the storyline was no different throughout a very winnable game for the Kings.

The 117-101 loss suffered by the Kings was a clear culprit of non-existent defensive efforts and sloppy play down the stretch.

For the Kings, the most frustrating part of this loss was how well the team played in the early goings of the matchup. They were ready for the Clippers’ efforts on the offensive side of the ball, as Reggie Evans and DeMarcus Cousins filled the paint to force Blake Griffin into taking mid-range shots, and stopped DeAndre Jordan’s usual dunking display.

Michael Malone’s squad looked as good as ever in the first half of Saturday’s contest. The Clippers weren’t granted the easy looks from deep and in the paint that they’ve grown accustomed to. But the impressive performance of Sacramento’s defense would be short-lived.

Through the second half of the game, the Clippers were able to figure out the Kings’ defensive schemes and were effective at slowing Sacramento’s offense as well. As the highest scoring team in the NBA, one would expect Los Angeles to make the necessary adjustments needed as the game progressed, and it did just that.

Griffin was fantastic throughout the afternoon. Evans was assigned with the unenviable task of guarding the MVP candidate. In the paint, Evans was able to compete. He forced Griffin into some tough shots and was his usual self on the glass, giving the Kings 14 rebounds to go along with his 14 points. In transition, though, Griffin easily took advantage of a much slower Evans. As arguably the most effective fast break player in the NBA, Griffin was constantly looking forward to receiving or even making outlet passes to give the Clippers easy points, which have become the staple of their offense. He was a catalyst for Los Angeles’ transition game, and both Evans and Cousins struggled against the much more athletic Griffin.

Jordan played a perfect complement to Griffin Saturday. His 21 points all came from high-percentage shots, which is expected from such a prolific dunker. His nine rebounds were big for the Clippers as well, as many of the team’s transition points were started by defensive boards which led to quick offense.

The real aspect of Jordan’s performance which stood out was his seven blocks, all of which sparked a roar in Staples Center and motivated the Clippers even more. It seemed that almost every time a Kings guard attempted a hard move to the basket, Jordan was there to send the ball back or alter the shot in some way. Despite the fact that his game is somewhat limited to his slams and blocks, the impact that Jordan brings to this Clippers team is felt immediately. He keeps the paint open offensively, shuts it down defensively, and adds an energy component to this team which may be key to a long postseason run, as it was Saturday.

The Kings received some respectable performances out of a couple of young players. Jared Cunningham had an increased role on Saturday with Isaiah Thomas out and Ben McLemore getting ejected with two technical fouls. He created some of Sacramento’s most open looks in the entire game. Before getting tossed from the matchup, McLemore had a stellar performance, heating up after a slow start, and he left the contest with 14 points.

The Los Angeles Clippers further solidified their role as a legitimate threat come playoff time with Saturday’s win over the Kings. Whichever team gets matched up with them is in for one exhausting series, as their ability to run the floor in transition and break opponents down offensively is built for success.

The Kings have now lost five-in-a-row, and the rest of the season will likely entail more of the same to assure the franchise the highest draft pick possible.