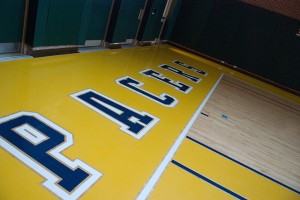 The Hawks’ defense staggered the Pacers with some late stops.

Now Atlanta is heading home with a chance to deliver the knockout punch to the Eastern Conference’s top seed.

Mike Scott scored all 17 of his points during the Hawks’ incredible second-quarter run, and the defense fended off the Pacers’ frantic fourth-quarter charge to hold on for a 107-97 victory and a stunning 3-2 lead in the first-round series…

Atlanta shredded one of the league’s top defenses during a remarkable second quarter, making 13 of 16 shots overall and 9 of 11 from beyond the arc. Scott made all five of his 3s during the decisive 30-6 run, which actually started with the final basket of the first quarter, to turn a 21-18 deficit into a 48-27 lead.

Roy Hibbert had zero points and zero rebounds in 12 minutes of play.

Paul George was been heckled BY INDIANA PACERS’ FANS at home.

The collective national disappointment in this team has reached its’ nadir. Everyone is ready to see them go home and regroup for next season. The Heat will cruise to another NBA Finals without a real challenge. Oh well. – AL