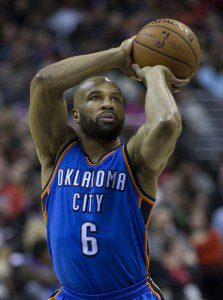 New York Knicks president Phil Jackson continues to send out signals that he’s in no rush to hire a coach until he can seriously discuss the position with Oklahoma City’s Derek Fisher, according to sources close to the process.

Sources told ESPN.com on Sunday that Jackson is planning to proceed with a deliberate coaching search after the Knicks, convinced they were getting Steve Kerr, watched their runaway No. 1 candidate choose the Golden State Warriors instead.

Fisher’s interest in coaching remains a matter of debate, with Oklahoma City coach Scott Brooks telling the New York Daily News over the weekend that it wouldn’t surprise him if the 18-year-veteran decided to play on for one more season. Either way, Fisher is trying to deflect all questions about his future — as a coach or front-office executive — until after the playoffs, hoping to limit distractions as the Thunder prepare to face the San Antonio Spurs in the Western Conference finals starting Monday night.

During the last round of the playoffs, Fisher said, “I would tell people to allow me to finish my career as a player before they give me another job after that. It’s humbling, just to think about people thinking of me in that manner, especially while I’m still playing. [But] I promise you this is the last thing on my mind at this point. I really haven’t thought about it that much. Hopefully there’s a lot of basketball left to be played this season for sure. Once that’s done we’ll go from there.” ESPN

Derek Fisher, Tyronn Lue, and Luke Walton were trending the evening after Steve Kerr was hired. I was worried they had all been caught in some money laundering scheme or something else crazy, not being called the top candidates for head coach of the New York Knicks. Every Knicks’ fan I have spoken to about this situation is unhappy with Jackson right now. He won’t coach the team yet refuses to consider anyone for the job that does not worship the triangle offense. The talent pool for this group is small with no names that move the needle in the largest American media market. Oh, and Carmelo Anthony is definitely trying to leave the Knicks after seeing how James Dolan’s interference interrupted talks with Kerr.

It’s ok Knicks’ fans. You got the novice executive you wanted. This will just be another topic for discussion at the water cooler. – AL