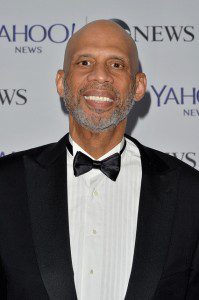 “I think, on the basketball side right now, John, David and Larry, at least from all the dealings we’ve had, they have been doing a great job,” Lasry said.

Added Edens: “The resumes of the people at the top of the organization are good resumes. … Our interactions with them have been great.”

Later, when I spoke to Lasry and Edens one-on-one, I asked them if Hammond and Morway would definitively be part of the organization next season.

Lasry said, “I have a ton of respect for John and David. I think they know their stuff. I would tell you I don’t think that we (he and Edens) know our stuff (about basketball dealings). They are very good and have a phenomenal track record, so that’s no issue for us.” So they will then be a part of the Bucks next season? “I think so,” Lasry said. “Absolutely.”

I asked Lasry if former Bucks center and Hall of Famer Kareem Abdul-Jabbar had expressed an interest in being part of the ownership group: “I think he wants to get involved.’’ – Racine Journal-Times