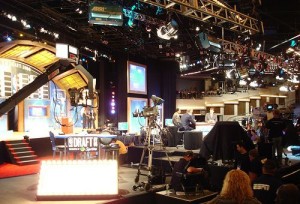 The Philadelphia 76ers and Orlando Magic are two franchises that seem to have a lot in common these days. Both teams traded their star player in 2012, hired very astute general managers, hired young head coaches fresh from the San Antonio Spurs coaching tree, drafted guards Michael Carter-Williams and Victor Oladipo, respectively, who each dropped triple-doubles in the same game against each other, and each having acquired not one, but two lottery picks in a highly coveted draft. So what should each team do with their picks?

Starting with the 76ers, they hold the third overall and 10th overall selections in the upcoming NBA draft. So what should they do with their picks? Well normally one would say that they should go “BPA”—Best Player Available—but here’s where it gets interesting. The 76ers have been rumored for a couple of weeks now about possibly taking Dante Exum with the third overall selection to pair him with Carter-Williams. If this rumor were to hold true, it would subsequently affect the Magic, who’ve also been rumored to covet the Australian man of mystery. While Exum has a real shot at being taken top three overall, it’ll be really tough for them to pass on a particular player by the name of Andrew Wiggins, should he fall in the 76ers’ lap.

As for the 76ers’ 10th overall pick, there are a few directions they could go. While it’s no guarantee, there is a chance a player like Julius Randle could fall due to his being rumored to have a foot injury that requires surgery. As if the draft wasn’t crazy enough, reports came out today that Joel Embiid is having surgery for a stress fracture in his foot. Under normal circumstances, the 76ers would and should pick best player available. A player like Arizona’s Aaron Gordon would fit quite nicely and would give them one of the more athletic rosters in the league.

Now we turn our attention to the Orlando Magic, who hold the fourth overall pick. Many around the NBA would tell you first hand that the Magic need a point guard. Even though the Magic have Victor Oladipo, who had a solid rookie season playing as a point guard for the first time ever, it’s pretty obvious the Magic are better off pairing Oladipo with a natural play-maker. The obvious choice for the Magic would be Dante Exum should he be on the board, but it’s also important to mention that the Magic have a chance to land one of the top three players. As mentioned earlier, Joel Embiid will need surgery on his foot and that could cause teams to pass on him.

While Rob Hennigan has been known to willingly pass on injury prone big men (see Perry Jones III and Jared Sullinger in 2012, Nerlens Noel in 2013), the Magic are still a year or two away from seriously contending in the East and could do with Embiid what the Los Angeles Clippers did with Blake Griffin: sit him out a year and nurse him back to health.

Like the 76ers, the Magic also hold another lottery pick at number 12 and have a plethora of options at their disposal. Should things go according to plan and the Magic take Dante Exum or Marcus Smart, they should add a shooter. Outside of Arron Afflalo, the Magic didn’t have that consistent three-point shooter. Adding a player like Michigan’s Nik Stauskas or international player Dario Saric would be a nice boost an already strong core of Magic players. If the Magic decide to take Joel Embiid if he’s on the board, they should either trade up from their 12th pick to take Marcus Smart, or take a player who’s been shooting up draft boards in Louisiana-Lafayette’s Elfrid Payton.

The 76ers and Magic are truly two franchises that seem to have a lot in common these days. Armed with two top-15 lottery picks apiece, and with their drafts being spearheaded by two of the league’s brightest young general managers, it won’t be long until we may potentially see these two teams going head to head in the postseason.