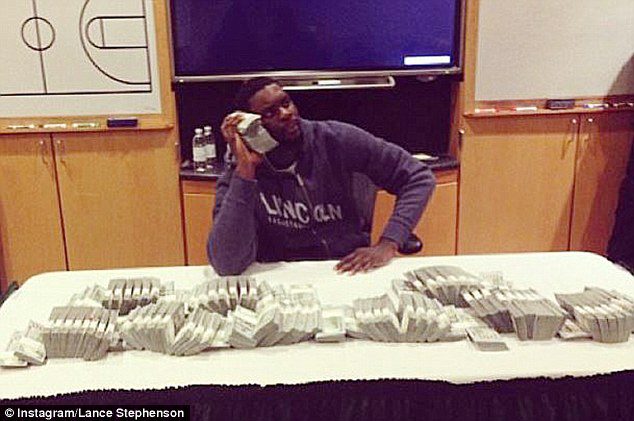 Most of us have aspirations for being businessmen when our playing careers are over,” Bryant told Yahoo Sports in a corridor of the Verizon Center. “But that starts now. You have to be able to wear both hats. You can’t sit up there and say, ‘Well, I’m going to take substantially less because there’s public pressure, because all of a sudden, if you don’t take less, you don’t give a crap about winning. That’s total bull—- …

Meanwhile, the value of the organization goes through the roof off the backs of their quote, unquote selfless players. It’s the most ridiculous thing I’ve ever heard.” Kobe Bryant, November 27, 2013 – Yahoo Sports

Sports fans love to count the money of professional athletes. 13,924 passionate, uninformed discussions about professional athletes salaries occur every hour in the United States. A similar figure would probably eradicate worldwide reliance on fossil fuels in a year. Alas, we aren’t there as a country yet. The fervor over player’s salaries is a valid one in professional sports with salary caps. Players with large contracts can gridlock a franchise’s ability to make significant upgrades to the roster. Fan evaluations of player contracts is dependent on wins and losses. Franchise evaluations of player contracts is depends on wins, losses, and revenue – revenue of course taking the largest chunk of the pie. 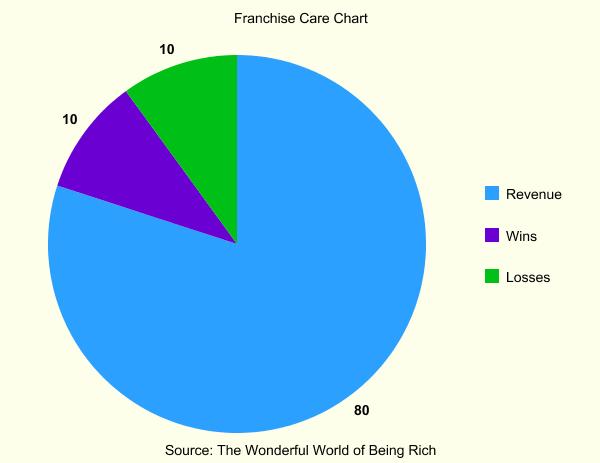 Losing makes everyone grumpy. Low morale befalls all associated with the team, revenue goes down, and everyone begins questioning how fiscally responsible each player’s contract is. The Miami Heat’s Big 3 never had fiscally responsible contracts, but it wasn’t until the San Antonio Spurs laid the smack down in the 2014 NBA Finals that anyone thought it was a big deal. Suddenly, Chris Bosh and Dwyane Wade have been characterized as selfish players for requesting $10 million annually from the Heat after opting out of contracts that would have paid them $20 million in the 2014-15 season. This seems a little unfair considering the crazy offers franchises have doled out in free agency this summer.

Restricted free agent Gordon Hayward is expected to receive a max offer sheet for 4 years, $63 million from the Cleveland Cavaliers, the same team that has aspirations of wooing LeBron James back home. The Cavaliers signed Kyrie Irving to a 6 year, $90 million extension just four days ago. If Hayward signed an offer sheet from the Cavaliers at that figure, Hayward and Irving alone would count for half of the Cavaliers’ cap space. That’s not including the inevitable, max extension for the No.1 pick of the 2014 NBA Draft, Andrew Wiggins. If Wiggins, Hayward, and Irving were on the Cavaliers’ roster, where would James play and how would the team pay for him? This isn’t rocket science but teams still find absurd ways to blow money. Offering Hayward over $15 million a year after he averaged 16.2 points, 5.2 assists, and 5.1 rebounds per game is absurd. Why are the Cavaliers considering a massive offer for Hayward? No one knows.

With this in mind, why would Bosh or Wade take pay cuts in a market where Hayward is rumored to be worth over $15 million per year? Many have argued that both should take huge pay cuts so that Carmelo Anthony can join the team without reading the fine print that the league will not rig the 2015 NBA Finals in favor of the Heat. It would be unwise to risk tens of millions of dollars for a non-guarantee to satisfy the fanatical desires of strangers.

Players are worth whatever they can negotiate. Carmelo Anthony could leave the New York Knicks to sign somewhere else but he would be losing at least $30 million dollars with other potential suitors. If he wants to keep the missing $30 million, why should any of us judge him even if he doesn’t win a ring?

Gonna keep stating this: If Melo takes the money, awesome. Good for him. Seriously. But it wasn’t about winning. That’s fine, but true.

But do not try and sell me that Melo was “sold” on the triangle or Phil’s nonsense. He wants the money he’s entitled to. Good for him.Get it

The NBA is a business first. Business comes before honor and the love of the game. Players say they would play for free because you like to hear it, and they already have their money in the bank. That’s the reason you never hear rookies say they would play without being paid. Players will underpaid and overpaid. It’s the nature of the beast, but we all need to stop conflating narratives just because they fit our paradigm.

Meanwhile, let’s check out what Hayward is up to.

I can’t blame him. I would do the same thing.