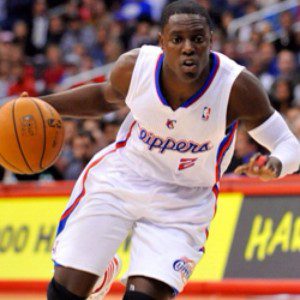 It seems that every time the Sacramento Kings solidify one decision, another question arises.

In this case, the Kings’ signing of point guard Darren Collison to a three-year, $16 million deal makes Isaiah Thomas’ future with the organization increasingly unstable. After gaining the starting role in Sacramento his rookie season, Thomas has grown accustomed to being the first option at the point guard position. With the team acting as the aggressor and signing Collison, Thomas’ standing on the team becomes questionable.

NBA teams including the Detroit Pistons and Miami Heat have reportedly approached Thomas as he enters free-agency, so the Kings’ quick decision to snag a productive guard with starting potential makes sense.

Collison spent most of his time with the Los Angeles Clippers as a backup for Chris Paul, providing a true approach to the game in the wake of Paul’s injury. Averaging just 25.9 minutes per game, he has been polished in his four years as a pro to step into a starting role. This may have been what Sacramento promised Collison, as most of the offers Thomas has received from various teams are far too high for the Kings to match. According to Pete D’Alessandro, however, the team sees IT as a crucial part of its core (DeMarcus Cousins, Rudy Gay, and Isaiah Thomas).

“We loved what our three guys did last year. We feel very strongly about Isaiah,” said D’Alessandro. “We’ll have very good discussions with his agents at the appropriate time, but we feel very good about those three guys.”

Signing a more true point guard with the skill of an immediate starter does not radiate the same level of faith in Thomas as he may have hoped. With all things considered, it looks as if Collison may be the choice at the point guard position with Ray McCallum backing him up.

If Thomas is indeed on his way out of Sacramento, the Kings have the young pieces to provide success for years down the road.

With Thomas potentially out of the picture, the Kings’ backcourt looks like this:

With no player in the backcourt besides Terry boasting more than four years of experience, Coach Mike Malone and the Kings may have quite a bit to work with. The team has already begun exploring the possibility of McLemore and Stauskas playing on the floor together, with McLemore guarding opposing point guards and Stauskas handling the ball offensively. The combination of either of these guards with Collison may bode well, as he is a past-first player capable of hitting either shooter in-stride.

With the Kings finishing 27th in three-point shooting last season, it made sense to go after a pass first point guard like Collison. With Darren surrounded by young shooters in the backcourt , the group is now capable of stretching the floor and giving Cousins room down low.

Ray McCallum would be further developed with Collison in the starting lineup, as for much of last season Thomas solidified his role as the Kings’ go-to point guard, averaging 34.7 minutes per contest. With Jimmer Fredette leaving the team for Chicago last season, McCallum could potentially become the second option at the position if Thomas plays elsewhere and Stauskas takes over the shooting guard position.

Stuaskas and McLemore will have equal opportunity to start at the two, taking on more of the shooting responsibilities if Thomas is gone. McLemore will likely begin the season as a starter, but the incoming rookie understands and accepts the challenge of competing for a starting job. Whether or not Stauskas gains the responsibility of big minutes his rookie year is not his main concern; he has made it clear that he will accept Mike Malone’s decision as what is best for the team.

Whatever the final results may be, it’s clear that the signing of Darren Collison has huge ramifications for the Kings moving forward, as Isaiah Thomas will likely be off the team next season.

Sacramento’s backcourt now has huge potential for growth with the arrival of a new shooter in Stauskas and the presence of a true point guard in Collison.