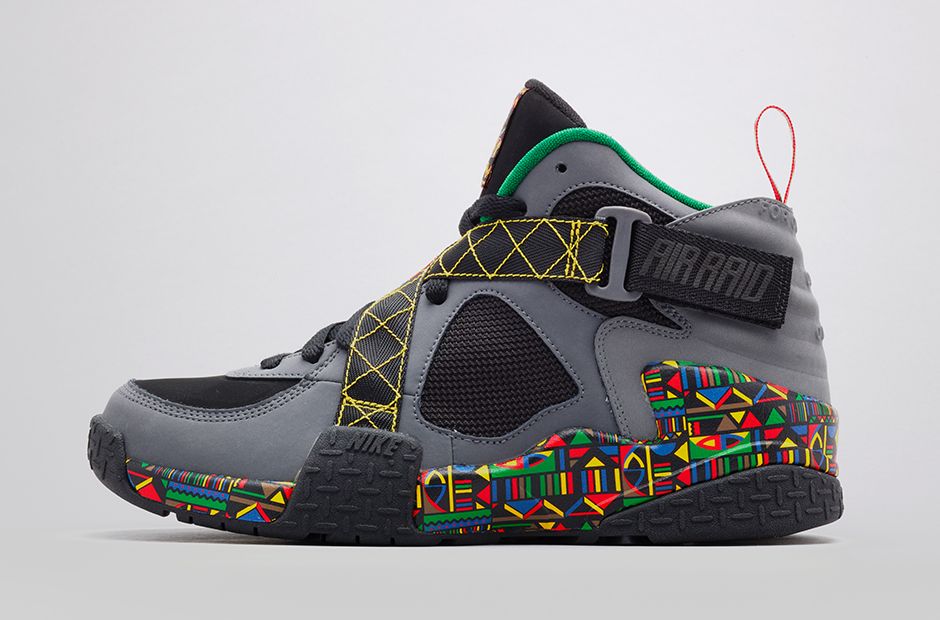 The Nike Air Collection celebrates the significance of Nike’s first-ever outdoor basketball sneaker, the Air Raid, by returning it alongside a complementary Air Force 1. Fueled by the golden age of street basketball, both designs draw inspiration from the campaign that catapulted the Swoosh to the forefront of hoops culture.

Originally released alongside the slogan – “Live Together. Play Together.” – the battle-tested Air Raid returns with a fitting combination of colors to honor its heritage. The design’s rugged silhouette has been accented in multicolored graphics so you can raise your game, and simultaneously, increase the peace. Over two decades since its debut, the Air Raid’s legacy lives on in the streets, representing an era of bold statements and equally bold aesthetic choices.

Additionally, the collection includes an Air Force 1, equipped with a black nubuck upper and matching graphic accents to symbolize the push for peace that forever changed the game. 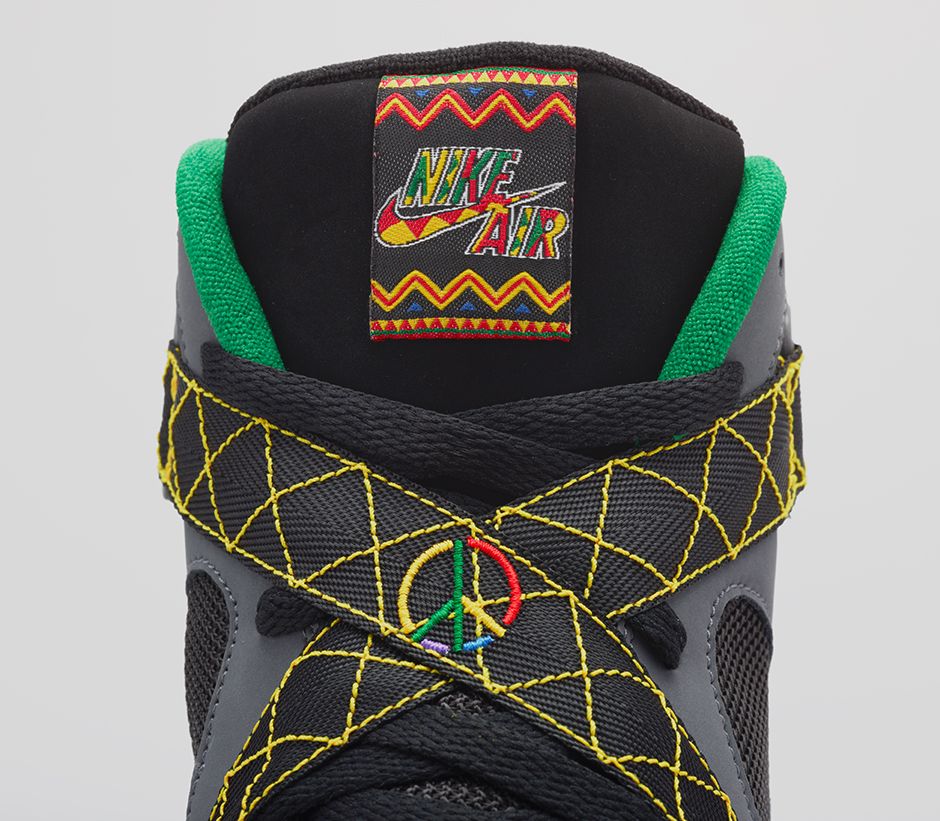