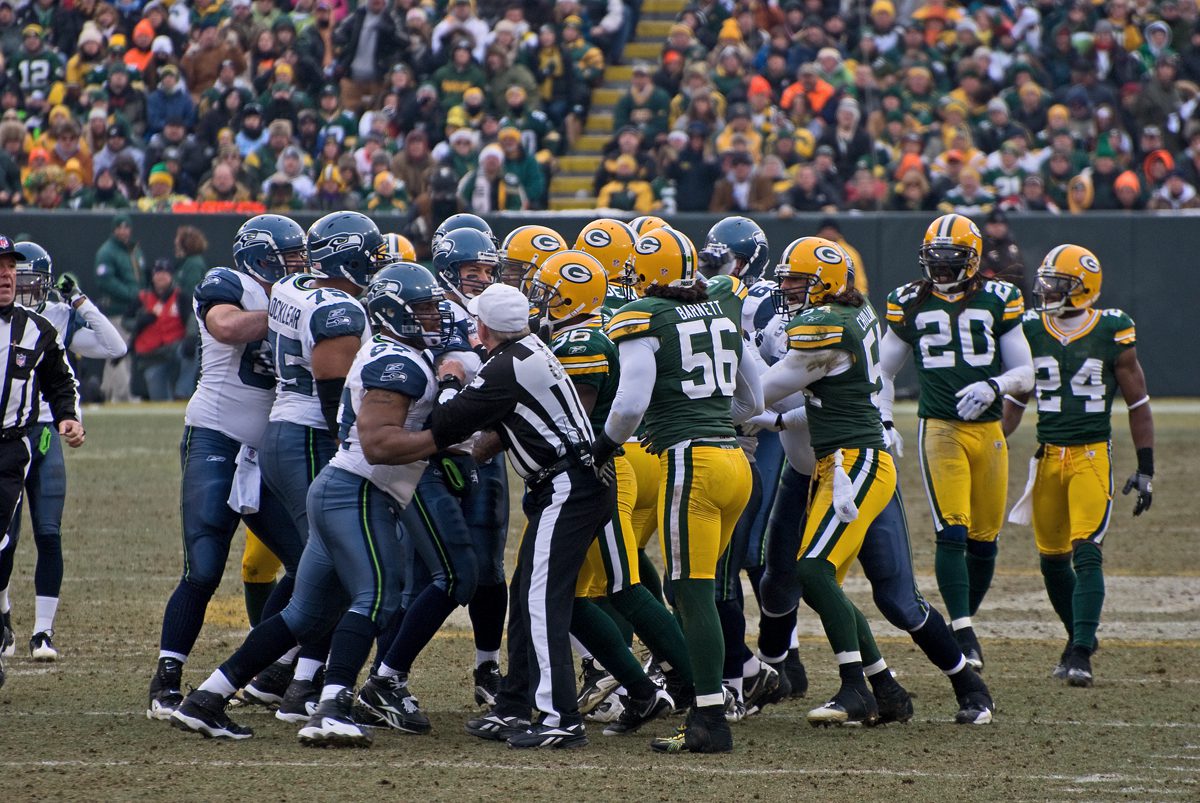 After one of the most dominating performances in Super Bowl history, the Seattle Seahawks open up the season against Aaron Rodgers and the Green Bay Packers.

Just picture Roman Reigns as the Seahawks defense and Kane as Peyton Manning. BAH GAWD (JR voice of course). It does not appear that the Seahawks will have a Super Bowl hangover based on how dominant they were last season, but that remains to be seen. The talk is always on their defense but the return of Marshawn Lynch, who contemplated retirement, and Percy Harvin makes this offense seemingly no worse than the one that made the Broncos look foolish back in February. The Packers come in as six-point underdogs, but they did win the NFC North last season and also lost a close game to the 49ers in the playoffs. The same 49ers team that would have likely gone on to win the Super Bowl if not for Richard Sherman’s heroics (I consider last year’s NFC Championship to be the Super Bowl much like I consider the Red Sox-Indians ALCS in 2007 to be that year’s World Series. Both teams that lost in their respective championship games were from Denver, so I somewhat apologize for offending the fans of Colorado sports). Aaron Rodgers is once again a top-five fantasy quarterback and Eddie Lacy and Jordy Nelson have found their names in the first few rounds of many fantasy drafts this year. The only question is whether or not they will be as great as they have the potential to be against the defense of the Seahawks. May I suggest the Seahawks use the Haka of New Zealand sports fame to make opponents not even attempt to move the ball on offense. Also, this may be my favorite tradition in sports. [youtube]http://www.youtube.com/watch?v=tdMCAV6Yd0Y[/youtube] Since it is the first week of the NFL, it makes it difficult to truly predict the outcome of the game based on the aforementioned parity from year to year. It is easy to say the Seahawks will hold the Packers to very few points but that would have been true a year ago. Now things can be very different in Seattle, although it is not looking like things will be drastically different for the Seahawks. Prediction: The spread in this game favors the Seahawks by six points. I do not see them covering the spread, but I do see them winning. Seahawks 24 – Packers 20