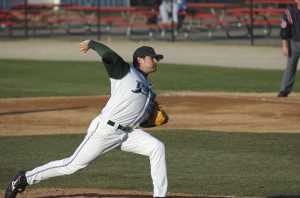 Wade Davis has experienced an MLB career of adjustments and reinvention. He no longer throws sliders or change-ups, but most importantly, he no longer enters games as a starting pitcher. For Davis, the Kansas City Royals stellar set-up man and eighth inning regular, the alteration of two pitches and a necessary relocation to the bullpen has saved his career.

His fastball is roughly four MPH faster as a reliever than it was as a starter. He’s also added a hard cutter and developed a sharply breaking curveball to replace the pitches that he no longer uses. Placed late in games between young flamethrower Kelvin Herrera and standout closer Greg Holland, Davis has been the best relief pitcher in baseball this season. What he’s done in 2014 isn’t remarkable, it’s legendary.

He’s surrendered just a single run since June 25th. In 63 games overall, he hasn’t allowed any home runs. To round out the mind boggling stats, Davis has 96 strikeouts in 64.1 innings, a 30.2 scoreless innings streak ongoing, and didn’t give up an extra base hit until his 44th outing.

But to truly appreciate the success of Davis as a dominant reliever, it’s important to remember how miserably he struggled as a starter. He rocked a 5.32 ERA in 24 starts last year during his first run in Kansas City. His opponent batting average was .307 and his ability to hang at the MLB level was in doubt.

Even before last year’s horrible showing, Davis was a starting pitcher during three of his previous four seasons while in Tampa Bay. 2009 hardly counts as he only started six games throughout his rookie campaign, so let’s just take 2010 and 2011 into consideration. His ERA was 4.07 and then 4.45. His WHIP numbers were astronomical, his strikeout rate was unimpressive, and he allowed a hit or so an inning. Davis also struggled with the home run ball and was an insignificant part of Tampa Bay’s future plans.

When 2012 came, Davis was converted into a regular reliever during his last stint as a member of the Rays. He appeared in 54 games, had no starts, and boasted numbers strong enough to place him in the elite reliever category. 87 strikeouts in 70.1 innings, a 2.43 ERA, and a .189 opponent batting average. He also drastically reduced his WHIP and the rate in which he gave up hits.

His days as a starting pitcher appeared to be finished. But after being an apparent throw in player in the James Shields/Wil Myers trade, Davis was surprisingly given a chance in Kansas City’s starting rotation during 2013. As mentioned earlier, Davis sported a 5.32 ERA that year and had by far the worst statistical season of his career. After an effective showing out of the bullpen for the Rays, Kansas City’s decision to place him in the starting rotation never made any sense.

The Royals were faced with a self-imposed dilemma. The grossly poor numbers and unwelcoming return to being a starter had to test any confidence Davis had. It must have messed with his mentality. After being dealt by his former team and mishandled by his current one, Davis couldn’t have felt comfortable with his unpredictable status.

But the injury bug acted as a guardian angel for Kansas City before 2014 even began. When Yordano Ventura emerged as a quality starting pitcher candidate and set-up man Luke Hochevar went down with an elbow injury, the logical option was to move Davis to the bullpen. It was obvious before Hochevar went down but that loss made it inevitable.

Since that move was made, the Royals have developed the best seventh-ninth inning combination in baseball, with Davis acting as the anchor between Herrera and Holland. After being in the middle of miserable seasons, a trade involving names bigger than his, and the uncertainty of big league success, Davis is now in the center of intensely close September games with playoff implications.

If the Royals do indeed reach the playoffs for the first time since 1985, players such as James Shields, Greg Holland, and Alex Gordon will receive most of the credit. Manager Ned Yost will be seen as the brilliant leader who pressed all the right buttons. While there’s justification to these causes, don’t forget about Wade Davis, the below average starter who morphed himself into baseball’s most dominant reliever in 2014.

Without adjustments, Davis would’ve never developed his cutter and curveball. Without reinvention, he would’ve fizzled out of pro baseball after a few seasons as a struggling starter. But with the presence of both, the Kansas City stud has seen his journey take him into the eighth inning. The Royals organization and their fans couldn’t be happier.