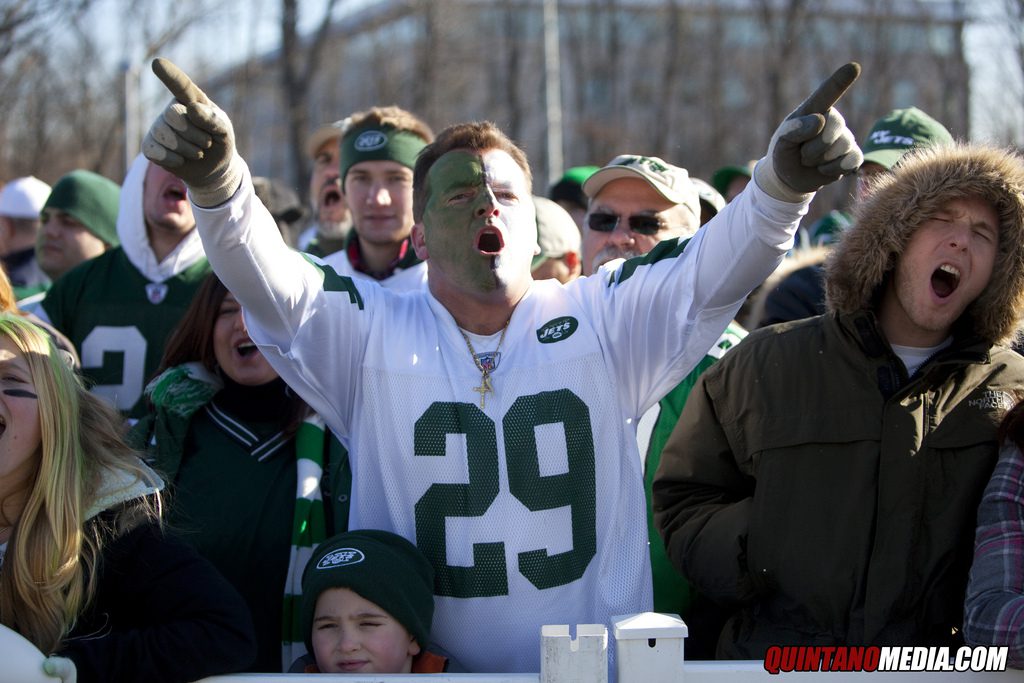 Geno Smith and the New York Jets have had a rough time thus far in 2014. His on-field performance is average at best, but it is the fans who are making his life more stressful than what is happening on the field. He even swore at a fan, to which everyone seemed to freak out about. The fan most likely said something far more vulgar and offensive than anything that could be thought up by Andrew Dice Clay. That’s pretty offensive.

The chants clamoring for Michael Vick rang out in New York on Sunday, which brings up the fact that people are now chanting for Michael Vick. This would have been seen as very politically incorrect in 2007 when Vick was dealing with the repercussions of his dog fighting scandal.

The question that arises out of a situation like this, which happens daily in all sports, is whether or not fans have a right to boo. A right in the sense that athletes should accept it as part of the game, and fans should not be chided for doing so.

The answer depends on how one views the athletes on the teams they support.

One answer to the question is yes, all fans have the right to boo if the players on the teams they live and die for are not performing up to certain standards. A variation of this answer is, “You’re damn right I can boo. I paid and that means I can do anything because I’m entitled,” or something along those lines.

This viewpoint makes sense if it is disregarded how ridiculous it is to boo at someone when doing their job poorly. The only place it is socially acceptable is in a sporting venue, unless you want to get arrested.

The Europeans go with a classier whistle to let their athletes know that they suck, to put it frankly, which seems slightly more acceptable in terms of being ridiculous.

Doing my best to avoid sounding like someone currently benefiting from Medicare, the amount of money being made by these athletes should help them sleep at night when they may feel upset about getting booed. Part of being a professional athlete is having thick skin and being able to take criticism. It is part of being human, so it is not just exclusive to sports.

The viewpoint that looks at booing like it is treason is a school of thought that I belonged to for quite some time. It is the view that looks at loyalty as being the main responsibility of being a fan, while booing and going against the team makes one a traitor.

It is a viewpoint that fails to take into account that fans should not be tolerating poor performance while the organization makes profits and the players get richer every year. Falling into a cycle of accepting disappointing results should not be done when there is nothing binding one to continue cheering for a team. Fans do it based on the indescribable feeling to support a team based on countless factors including proximity, family history, and just about anything else.

Teams cannot go forth without the fans, so why should it be such a heinous act to boo a player that is set to perform for three hours a week, and does horribly? It does not make one a bad fan to not put up with a bad product. Spending an absurd amount of money to go watch a horrible performance should bring forth a negative reaction. It would be like going to see a movie and getting a different version. Blockblister anyone?

This is where continually being a fan of a bad team gets tricky. Why be miserable and still continue to put yourself through that misery year in and year out? Any sports fan can answer that question, which usually comes from one who does not watch sports.

Back to the case of Geno Smith and the calls for Michael Vick. Why not call for Vick? He has a history of being a successful quarterback and Geno has done nothing to show that he should be cemented as the starter.

The booing will continue as long as Geno Smith plays, and there is nothing wrong with the fans expressing their feelings in this way.